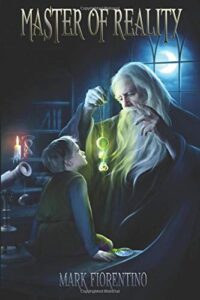 Mark Fiorentino is the author of Master of Reality which is a book about the completion and solution of Einstein’s Unified Field Theory. The book also contains many other world changing discoveries as well, including;

Mark started reading about Albert Einstein and the Unified Field Theory when he was just ten years old. He knew for certain that if he could understand this he would understand the Theory of Everything!

He spent most of my life working in the High Tech industry and he retired early in 2016 so that he could compile all of my notes that I had concerning the study of the history of physics focusing on Einstein and his research. All through his life he continued to study the Unified Field Theory problem. Step by step he found clues hidden in the past and eventually he was able to compile the clues into a set of concepts that would lead me to the realization that both Special and General Relativity just needed to be extended a little in order to achieve Einstein’s dream of the completed Unified Field Theory as he first envisioned it. The unification of electromagnetism to gravity. It has been achieved.

Be sure to subscribe to receive and be notified first about our new releases.

►►Mark Fiorentino Social Media Accounts
Follow him at the following;