ELON Musk concerned fans after he wrote a chilling post on Twitter about dying "under mysterious circumstances."

Musk took to Twitter and said, "If I die under mysterious circumstances, it's been nice knowin ya." 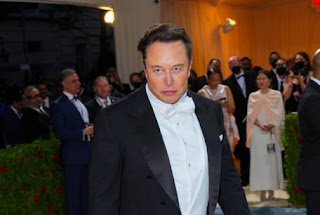 The tech mogul shared a concerning message on TwitterCredit: Getty

"No, you will not die. The world needs you to reform," one user said in the comments.

"Why would you even play like that?" another worried fan said.

This comes just minutes after Musk fired off a couple of tweets about apparently receiving a chilling message in the Russian media.