ALITO WILL SAVE LIVES, NOT BIDEN 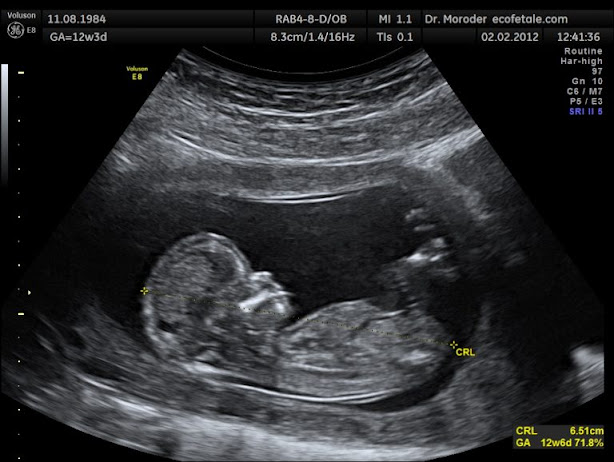 
When the draft Supreme Court opinion overruling “Roe v. Wade” leaked on Monday, my first thought was: WHY COULDN’T THEY WAIT UNTIL NEXT YEAR? (“Roe” is in quotes because Planned Parenthood v. Casey already overruled Roe, but “Roe” is still used to describe the nonexistent right to abortion.)
Yes, it’s human life we’re talking about. Millions of babies are killed in their mothers’ wombs each year — it’s a massacre. On the other hand, I thought, ending late-terms might end the midterms.
But then I read Justice Samuel Alito’s opinion and was intellectually offended all over again by the idea that one of our precious constitutional rights, enshrined in a founding document, is the right to kill an unborn baby. Anyone complaining about the decision should be required to cite the exact parts Alito got wrong. Be specific. And keep in mind, no important discussion of constitutional law has ever begun with the words, “My vagina …”
The Nation magazine’s Elie Mystal took a stab at it by completely misstating Alito’s argument, then saying, “the Founding Fathers were racist, misogynist jerkfaces.” (I was planning on writing a scholarly and nuanced treatise on the framers, but Mystal just stole my title!)
I also noticed that, outside of the media, no one seems especially bothered by the decision. Or to have noticed it. In groups of liberal women, apolitical women, black and Puerto Rican women, no one is talking about the case.
They’re probably right. The end of a court-managed “constitutional” right to abortion isn’t going to produce the Roemageddon Democrats are predicting.
More than half of the country already live in states where abortion will always be legal, subsidized and sacralized. For those who don’t, Harvard should set up an abortion scholarship program. Instead of spending $100 million “investigating” slavery, the university could buy bus tickets for girls who need to go to another state for an abortion.
The Mississippi law being upheld in this case — contrary to everything I’ve heard on MSNBC — is shockingly reasonable.
It states:
“Except in a medical emergency or in the case of a severe fetal abnormality, a person shall not intentionally or knowingly perform or induce an abortion of an unborn human being if the probable gestational age of the unborn human being has been determined to be greater than fifteen (15) weeks.”
The Mississippi legislature provided a series of factual findings:
— at eight weeks gestational age the “unborn human being begins to move in the womb”;
— at nine weeks “all basic physiological functions are present”;
— at 10 weeks “vital organs begin to function,” and “hair, fingernails, and toenails begin to form”;
— at 11 weeks “an unborn human being’s diaphragm is developing,” and he or she “may move about freely in the womb;” and
— at 12 weeks the “unborn human being” has “taken on the human form in all relevant respects.”
After 15 weeks, the legislature found, most abortions involve crushing and tearing the fetus apart.
Laws should always err on the side against the decision-maker, and the decision-maker on the length of gestation is going to be the abortionist. (Which is also why “rape” and “incest” exceptions swallow the whole law. By the way, whatever happened to the morning-after pill?)
So we’re really talking about four to five months.
That’s not enough time? Give me a break, you freaks. I don’t think voters are going to say, Ukraine, inflation, the border, crime, transgenders in kindergarten — OH MY GOD, I CAN ONLY GET AN ABORTION FOR FOUR MONTHS???
Some states will surely roll back the right to abortion more than 15 weeks. Oh well. The abortion ladies will have to travel to other states the same way gunners do now to practice their marksmanship, shoppers do to get plastic bags, or breathers do to take off their masks.
With a patchwork of laws, we’ll be able to see which regulations do best at reducing abortion, illegitimacy (which soared in lockstep with the legalization of abortion), venereal diseases, suicides and false claims of rape when women are pressured into having sex, undeterred by the risk of pregnancy. We’ll call it “federalism.”
Watching MSNBC’s reaction also reminded me that everybody hates the feminists. The ladies couldn’t even keep the “#MeToo” movement going. How long did that last? Fifteen minutes? And a lot of the cases were egregious. But a month later, transgenders were canceling J.K. Rowling and women’s sports.
Now they’re hysterically babbling about the court banning contraception, interracial marriages and requiring forced sterilizations. I guess they don’t think their arguments about the abortion ruling are particularly strong, so they have to warn about scary rulings to come.
Finally, President Joe Biden has put Vice President Kamala Harris in charge of the response to this decision. Previously, she was put in charge of the border, and then Ukraine. Any day now, we’ll find out she was in charge of the Challenger space shuttle.
Maybe I’m just in a cheery mood, what with the imminent conclusion to this hideous chapter in U.S history. Who knows? Let’s wait nine months and see.
I have only two absolutely definite predictions flowing from the leak of the abortion opinion:
1) Liberals are about to start claiming that black people not only are incapable of getting IDs to vote, but are also incapable of knowing that they’ve been pregnant for four months. (And then: NIGHTMARE! THEY’LL HAVE TO GET A BUS TO NEW YORK OR CALIFORNIA!)
2) As for the leaker, if the perp turns out to be a conservative who was trying to pressure Chief Justice John Roberts or Justice Neil Gorsuch, he will be ruined for life. If he turns out to be a clerk for one of the liberals, he will get a book contract and a regular spot on MSNBC.
COPYRIGHT 2022 ANN COULTER