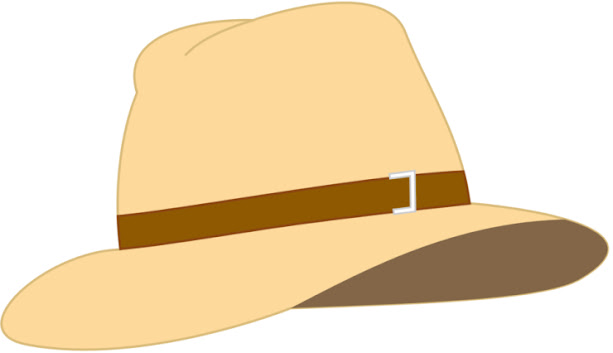 DRUDGE REPORT IS DEAD MEAT!
What exactly has happened to the formerly must-read Drudge Report?
It may seem like yesterday to old Washington hands, but it was actually more than a quarter-century ago that a manager of a gift shop in a television network building in greater Hollywood, a 20-something with a thirst for movie star gossip, signaled the end of the establishment media’s chokehold on the American public. He started an amateurishly formatted website featuring links to important but under-the-radar online articles, to go along with his own mysteriously obtained scoops.
It was, let us never forget, Matt Drudge who broke the Monica Lewinsky story that led to Bill Clinton’s presidential impeachment and Senate trial, only the second in American history. Shortly before Drudge dropped his bomb, in an exquisite self-indictment of media bias and protectiveness of Democrats in power, Newsweek, then a half-century-old journalistic institution whose huge Washington bureau was near the top of a high rise on Pennsylvania Avenue a half block from the White House, killed its exclusive story revealing the sex scandal. It had been the work of Michael Isikoff, a famously aggressive – and left-leaning – veteran Washington reporter.
Yet today, it is the Drudge Report that is Newsweek.
The Drudge Report might quaintly sport the same typeface it used in the early days of the Internet, but on Sunday and then all day and all evening Monday, a story of Lewinskyesque scale rocked the nation’s capital.
In a court submission last week, Special Counsel John Durham alleged, as Fox News put it, “that lawyers from Hillary Clinton’s 2016 presidential campaign … paid to access servers belonging to Trump Tower and later the White House in order to establish an ‘inference’ and ‘narrative’ to bring to federal government agencies linking then-President Trump to Russia.”
Durham, probably the most straight-shooting, apolitical lawyer in the federal government, now years into an exhaustive probe, revealed that Hillary Clinton’s campaign sought out both the FBI and the CIA in peddling lies that Trump was colluding with Russia, so as to get every news outlet it could to keep that false story at the top of the news during the 2016 campaign, and then, when that failed, to use it to cripple the Trump presidency.
But if the Drudge site is your go-to news source, you might never have known on Monday that Durham did anything.
The site offered its readers nary a link nor a word – though it did serve them up about a dozen links to sensationalist stories on the Super Bowl and off-field pro football escapades; three stories on Elon Musk having too much self-made money; the mandatory half dozen or so negative stories on either Donald Trump, his allies, or Jan. 6; three links – in red – gloating about Sarah Palin losing her case against the New York Times; and naturally a half dozen headlines on which to click to get your sex, drugs, or Hollywood bizarre news fix.
It wasn’t until Rich Lowry’s column was posted online late Monday in the New York Post that Drudge readers got their link deep into the evening. But the Drudge editors paired it with a link to a 2019 NBC News article about how “Mueller declined to charge Don Jr. after meeting with Russian for dirt on Hillary …” A move clearly meant to undermine the importance of the latest Hillary bombshell. As of Tuesday morning, that’s been the entirety of Drudge’s interest in this story.
The site became decidedly anti-Trump several years ago, and it isn’t even known for sure whether Matt Drudge remains the owner, be it in whole or part. He himself once craved personal attention, with his own ill-fated weekly Fox show (wearing the cliched reporter’s fedora, though mercifully not including a “press” card tucked into its band. (For the record, back in the days when nearly all male residents of American cities wore fedoras or similar dress headwear, they had the sense and civility to keep their hats off while indoors). He even wrote a book, “Drudge Manifesto,” which one fond Drudge admirer dismissed as “Lots of little phrases, most of them not complete sentences, all strung together in an incomprehensible stream-of-consciousness style.”
Today, Matt Drudge is apparently a confirmed recluse. Did he cash out? Did Trump treat him shabbily, so now he’s getting back at him? Did he change his politics? Whatever the answer, fine. But his past aficionados would like something approximating a manly explanation as to why the Drudge Report died.
at April 21, 2022