While stimulus deal negotiations remain at an impasse, a bipartisan group of 50 lawmakers are proposing a $1.5 trillion stimulus deal compromise.

Here’s what you need to know. 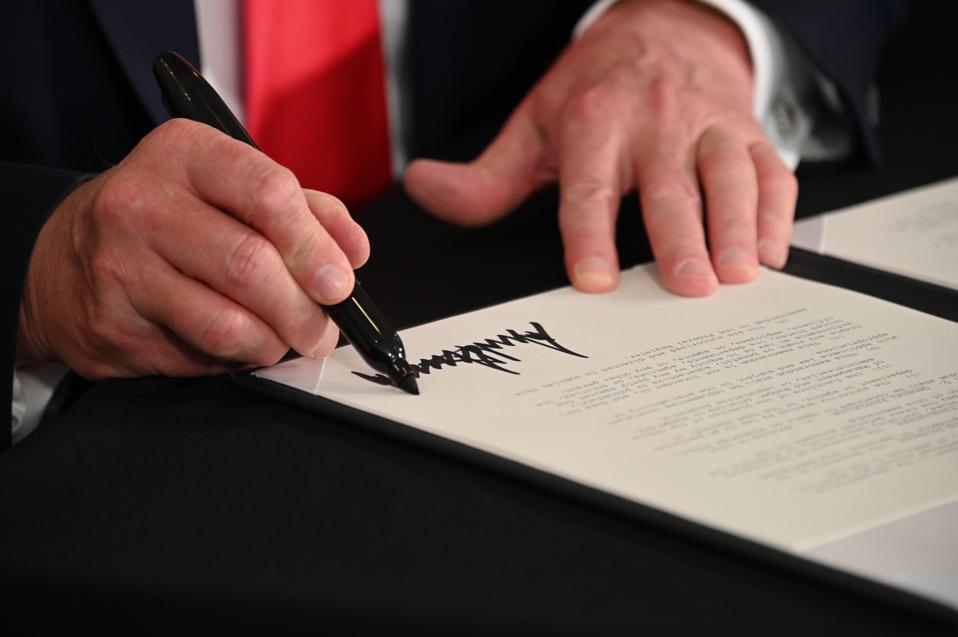 The House Problem Solvers Caucus released today a framework for the next stimulus packaged. Called the March to Common Ground, the Covid relief framework calls for a $1.5 trillion stimulus package in an effort to break the logjam in Washington.

It includes proposals favored by both parties, as well as compromises on a number of key issues. The proposal is led by Representatives Josh Gottheimer (D-NJ) and Tom Reed (R-NY), and is supported by 50 lawmakers—25 Democrats and 25 Republicans.
Summary of the Stimulus Framework
$1,200 second stimulus checks + $500 per child and dependent adults
$450 - $600 weekly unemployment benefit
$500 billion to state and local governments
$290 billion for Paycheck Protection Program and other small business programs
$100 billion for virus testing and tracing and public health
$25 billion for mortgage and rental assistance
$145 billion for schools and child care
$25 billion for broadband, agriculture, Postal Service and Census
$11 billion for WIC and SNAP assistance
$400 million for 2020 elections
Student loan forbearance through December 31, 2020
Worker & Liability Protections
Second Stimulus Check

The proposal includes a second round of stimulus checks. As with the CARES Act, the direct payments would be in the amount of $1,200 plus $500 per child and dependent adults. This should not be a contentious issue for either party. While some lawmakers don’t endorse a second stimulus check and there are good arguments against one, negotiators for both sides support the measure, as does President Trump.

The proposal, however, did add one unique feature. It includes automatic “triggers” that would send out a third stimulus check based on how the economy is performing in March 2021. A third payment would be under the same terms as above, given that the framework sets aside the same amount of money for each direct payment ($280 billion).
Unemployment Benefits

The proposal would give the unemployed an extra $450 a week for an 8-week transition period. Then the aid would boosted to up to $600 a week. To avoid paying the unemployed more than they previous made, the framework calls for capping this benefit at 199% of previous wages. The benefit would last for 13 weeks from mid October 2020 through January 2021.

This is a compromise between the $600 demanded by Democratic negotiators and the $400 a week Republicans offered. An extra $450 would result in paying most workers on average about 100% of their prior income.

Thus far, House Speaker Nancy Pelosi (D-CA) and Senate Minority Leader Chuck Schumer (D-NY) have been unwilling to compromise on this issue. There are few if any experts, however, that support their demand for $915 billion. And if Republicans are willing to agree on the $500 billion proposal, it would give much needed aid to everything from fire departments to schools.
Testing and Healthcare

The framework proposes $100 billion for Covid-19 testing and related healthcare. The aid would be allocated as follows:
$25 billion for testing and contact tracing
$30 billion for healthcare provider support including but not limited to tele-health expansion
$45 billion forgiveness of Medicare loans to providers (not to reduce Medicare Trust Fund)
Individuals & Families

In addition to the stimulus check, the framework provides a number of benefits on everything from rental assistance to student loan forbearance.
15% WIC plus-up through March 2021 $1 billion
15% SNAP plus-up through July 2021 $10 billion
$1,200 direct stimulus checks + $500 per child + dependent adults (retroactive) $280 billion
Rental assistance for the most needy and other rent stabilization programs, and/or eviction moratorium through Jan 2021 $25 billion
Student loan forbearance through December 31, 2020
Small Business

A key piece of the framework is $240 billion for the popular Paycheck Protection Program (PPP). It would include a second PPP loan along with a simplified forgiveness process. The plan also provides $50 billion for the Targeted Employee Retention Tax Credit.
Schools and Child Care

As parents attempt to adjust to the new normal when it comes to schooling, funding is desperately need to address the increased costs. While school funding enjoys bipartisan support, there have been differences in the amount proposed. The framework proposes $145 billion in aid as follows:
$15 billion for child care providers, flexible and immediate ($10 billion for provider relief and $5 billion for the Child Care Development Block Grants)
$100 billion for K-12 schools for virtual, hybrid, and/or in-person learning
$30 billion for higher education institutions

The framework allocates $52 billion for broadband, agriculture, Postal Service and Census support. For the Postal Service, which is a contentious issue during this important election year, the framework proposes $15 billion. That’s less than the $25 billion Democrats have called for, but more than the $10 billion proposed by Republicans.
$12 billion for broadband hot spots in underserved communities
$25 billion for agriculture and aquaculture producers and processors
$15 billion for the USPS and elimination of the full pre-funding requirement
Modify statutes to allow extension of Census and ensure an accurate count
Liability Protections

Although the framework doesn’t provide a lot of details, it does call for worker and liability protections.
Boosters & Reducers

As noted above, the framework includes automatic boosters that could extend unemployment benefits and trigger a third stimulus check. It also includes some automatic Reducers, that could lower the total cost. Based on covid hospitalization metrics and vaccine progress, the total cost could be reduced by $200 billion:
PPP: - $60 billion
State & local: - $130 billion
Rental assistance: -$10 billion
What’s Next?

The big question is whether this new framework can bring the parties back to the table to reach a final deal. While the framework marks a compromise between the Democrats and Republicans, it would require the Democrats to move further.

The primary are of needed compromise is on the Speaker Pelosi’s current demand for $915 billion in state and local funding. The compromise being proposed is consistent with what economic experts say state and local governments need. In addition, Treasury Secretary Steven Mnuchin has already indicated that the White House could accept a $1.5 trillion deal. As a result, all eyes are on Speak Pelosi and Senator Schumer to see if the framework will bring further compromise.
at September 16, 2020