To our readers at home and around the world:
As you are, we're busy trying to cope with this pandemic,
so we're sending you a few column reruns, the cheerier ones.
Love, Jack & Misty.

A STRANGE NIGHT
ON INTERSTATE NINETY

It had been a sunny winter day, about 34 degrees in the Dakotas.
Snow from the night before had partially melted,
wetting the road surface of Interstate Ninety.
It was late afternoon and we were behind a tractor-trailer.

Then the sun dropped below the horizon and the temperature fell,
turning the asphalt into an ice-skating rink.
All traffic on the road lost traction and slowed to three miles per hour,
trying to maintain control.

The roadway was crowned and vehicles were sliding slowly off the shoulder
into the deep ditch and settling on their side,
where the passengers could freeze to death during the night.

Somehow I kept our motor home on the road,
but I could feel the pull toward the ditch.
Then the eighteen-wheeler ahead of us began a 180 degree turn,
like a slow-motion ballet,
until the truck driver was looking directly at me from his windshield,
about ten feet away.
Then the big rig coasted sleepily off the shoulder
and settled into the snowy ravine, facing backward.

I was amazingly alert at that point,
hands tightly on the wheel and foot carefully off the brake.
Misty shouted, "There's an exit and a KOA sign! Try to get off!"
I said, "All the campgrounds are closed up here in the winter."
She said, "At least we'll off this nightmare."

With some careful sliding around and correcting,
I managed the exit ramp and found the RV park.
I couldn't believe it! They were open!
I had never found a northern campground open this time of year,
because the water freezes up.

We went inside the lighted building,
and they told us that they had ice-breakers on their water lines on each site.
The ice-breaker looked like a pump handle.
You lift it up and force it down and it cracks the underground ice,
and the water comes out. We hooked up our water and electricity,
and Misty had a good idea.
She wrapped an electric blanket around our water hose and plugged it in.
It kept the hose from freezing up during the night.

We could see the flashing lights out on the Interstate,
where rescuers were getting people out of their cars and trucks,
and taking them to shelter, some to the heated KOA building,
where they were given hot drinks and food.
There wasn't enough traction to pull the vehicles out of the ditch,
so they were saving the people,
and would get the cars and trucks the next day, if the ice melted.

Misty and I had everything we needed in the motor home,
but we went inside to be with the rescued people,
and talk about the ordeal we'd just been through.
The television news reported
that hundreds of travelers were being rescued from their stranded vehicles.

Inside the campground building it was an impromptu winter party,
with strangers in the fellowship of being unexpectedly alive. 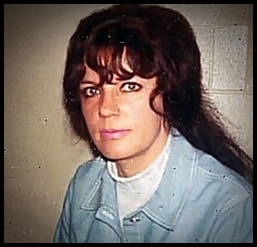