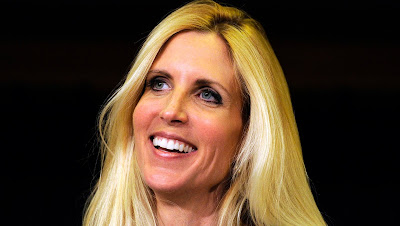 The Democratic Party is being forced into taking ridiculous positions by its insane base.
Defund the police!
Dishonor the flag!
Throw Christopher Columbus
in a lake!

What a wonderful gift! All Republicans have to do is take the other side. Make themselves the alternative to madness.

Instead, Trump and the Republicans have decided they’re going to be “Democrats Lite.”

I’ll let others berate Republicans for doing nothing about the rioting, the arsons, the beatings, the corporate and social media canceling. This column will address the GOP’s moronitude in response to the attacks on Confederate monuments. Works of art are being destroyed by Maoist vandals who have no idea what they’re doing.

Quick! Who was Fort Bragg named after? What did he do? Do you even know his first name? When you have to Google the guy on a statue to figure out who he is, maybe it’s not really the daily humiliation you claim it is.

At this point, the military bases are famous in their own right. No one hears “Fort Hood” and thinks of Gen. John Bell Hood. Fort Bragg, home of the 82nd Airborne, is many orders of magnitude more famous than Gen. Braxton Bragg. It would be like demanding President John F. Kennedy change his name because his namesake, John Fitzgerald, was a corrupt Boston mayor.

Most obviously, the Democratic Party is going to have to change its name. You want an institution that represents slavery? Confederate politicians were all Democrats, Democrats created Jim Crow, and the founder of the party was a slave holder. (The Republican Party was founded to end slavery.)

Speaking of repellant Democrats, Sen. Tim Kaine, D-Va., said on the Senate floor this week that the United States “didn’t inherit slavery from anybody. We created it.”

This is the most ignorant statement ever made on the Senate floor. (And that’s saying something!)

Every society has had slavery; it existed long before America did, including by American Indians (though they preferred
torturing their captives to death, inasmuch as few of the natives farmed or built things). At least a million Europeans were kidnapped by African Muslims and forced into slavery. The vast majority were starved or beaten to death.

In fact, unless we’re counting the Democrats’ wearing kente cloth last week, slavery is the only African institution ever adopted by this country. Portuguese — not Americans — brought the first slaves to Jamestown in 1619 (The New York Times’ favorite episode of American history!). We, are, however, the only country that fought a war to end slavery.

Isn’t slavery bad enough? No, Kaine has to make it extra bad by calling slavery an American invention. A U.S. senator committed a blood libel against his own country.

Anything to say, Republicans?
Even Obama would have corrected this boob.

The BLM fanboys complain that other countries don’t honor the losing side in their civil wars. Yes, exactly — that’s why their wars never end.

Myanmar has been in a civil war since 1948. Israel’s been fighting Palestinians since 1948. The Kurds and Turks have been fighting for half a century. At last count, there are two civil wars going on in the Philippines, and at least three in India.

America concluded its civil war by dominating and subjugating the losers, but also honoring their bravery.

Even before the war, the South was eons behind the North in industrial development. If the entire country had been the South, America never would have become the richest, most advanced nation on Earth. (And that’s how slaves built America!) After the war, it was like a third world country.

On the other hand, Southerners could take justifiable pride in what everyone agrees was a better class of general and soldier.

At Appomattox, Gen. Ulysses S. Grant allowed Gen. Robert E. Lee to keep his sword. As Lee mounted his horse to leave, Grant saluted him. After announcing the South’s surrender at the White House, President Lincoln ordered the band to play “Dixie.”

It was an amazing way to end a civil war.

My ancestors were abolitionists who fought for the Union, but you don’t have to be a Southerner to care about Confederate monuments. I can’t help but notice that the people trying to obliterate our history are not part of that history.

Not that long ago, nearly all Americans had pre-Civil War ancestors. Not anymore! Recent immigrants, by which I mean people who arrived after 1865, think the country started with them. They find it hilarious to destroy anything that happened before they got here.

What about the black Revolutionary heroes, like Crispus Attucks and Phillis Wheatley? Nope, you can forget about foundational black Americans, too. The first two centuries of our nation’s history are canceled. Why would that interest someone from Pune, India, Mogadishu, Somalia, or Bangkok, Thailand? (That would be Kshama Sawant, socialist Seattle city council member, Democrat; Rep. Ilhan Omar, Democrat; U.S. Sen. Tammy Duckworth, Democrat.)

Corporate plunderers, globalists, the wolf of Wall Street, 8 million “diversity” jobs (that go to Indians, not the descendants of American slaves, as intended) — that’s the America they revere.

The new arrivals are fine with Red Guards going into cemeteries, ripping up symbols of our heritage. Just don’t dare lay a finger on their privately owned Rothkos!

How about a bill withholding all federal funds from Yale University until it changes its name? The school’s namesake, Elihu Yale, was not only a slave owner, but a slave trader.

Quite a dilemma for the little snots who attend and teach there! It will be tremendously damaging to their brand. After all, true sublimity for a Social Justice Warrior is virtue signaling and advertising their high SAT scores at the same time.