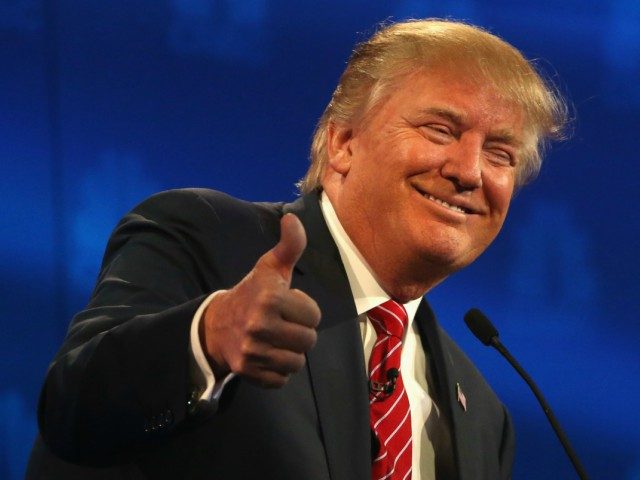 In its national poll, the fake news outlet shows Burisma Biden beating
Trump 51 to 46 percent, but the presidency is not a national race, it is a race in each of the 50 states.

Earlier this week, CNN was forced to publish another bad news poll (if you are CNN), a poll that showed Trump tying his highest approval number ever — 45 percent — in a CNN poll. This must have been absolutely devastating for CNNLOL, for that shameless gang of far-left propagandists who have spent the last six weeks accusing Trump of murdering 80,000 Americans with the coronavirus.

In the Real Clear Politics
poll of polls,
Biden has slipped nationally over the past few weeks as the increasingly-credible allegation he sexually assaulted his former Senate aide, Tara Reade, has broken through the corrupt media’s blockade on the story. Two months ago, Biden sat at a healthy 51 percent compared to Trump’s 44 percent. Today, Biden has slipped to 47 percent, with Trump at 43 percent.

Meanwhile, Trump’s job approval rating, despite a relentless pounding by the fake news media, sits at a pretty healthy 45 percent in the Real Clear Politics
poll of polls
and is on the upswing.

Oddly, the poll also shows Biden has a wider lead (six points) with older voters, those 45-years-old and up, than the former vice president does with young voters (a three-point margin, or 49 to 46 percent).

CNN has some bad news for Biden when it comes to the youth vote:

Is it possible younger voters, which Democrats normally carry by wide margins, are shifting to Trump? If so, that could be the Bernie factor. Younger voters preferred Bernie Sanders over Joe Biden, and many Bernie voters feel burned by the Biden campaign and the Democrat Party over their guy losing the nomination, especially after it looked like he had it in the bag after winning the first three primary states,

The best news for Trump in this poll almost certainly comes from how voters feel about economic stewardship. Now that these lockdowns have flattened the economy, voters are going to want to see things resurrected, and when it comes to the economy, by a wide margin of 54 to 42 percent, voters choose Trump.

On handling the coronavirus, Biden tops Trump 51 to 45 percent.