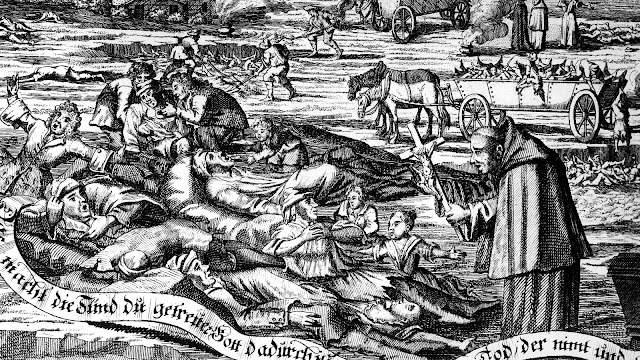 The spread of Covid-19, or the coronavirus, has reached every continent except Antarctica, with a death toll surpassing 3,000, and the World Health Organization announced that countries should prepare for a global pandemic. The Onion takes a look at the worst disease pandemics in world history.

Bubonic plague killed between 75 million and 200 million people due to rats stubbornly refusing to vaccinate their children.

The deadliest of the famous cholera outbreaks, the third cholera pandemic is a reminder to not let your guard down just because most of your loved ones already died in the first two rounds of a disease.

Despite its large death toll and continued devastation, advancements in treatment have allowed many of those infected to lead equally meaningless lives as those without the virus.

Thankfully, pigs have mostly recovered from this massive PR disaster that claimed around 250,000 lives.
at March 04, 2020