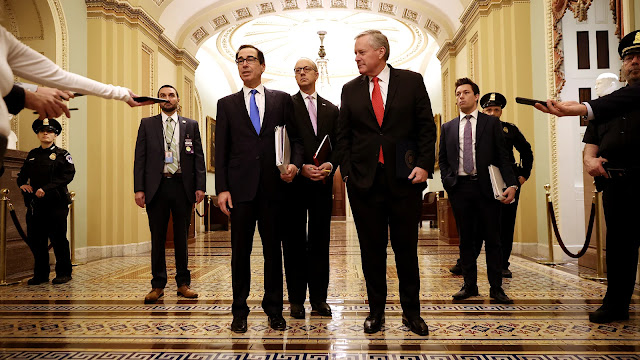 After days of frenzied negotiations, Congress passed a $2 trillion stimulus package to address economic issues caused by the coronavirus, the largest such aid package in U.S. history. The Onion takes a look at what’s in the stimulus bill.


$32 billion to an airline industry that charged you for a blanket on your last flight.


More protections than you’d think necessary to safeguard American people from their president.


Lot of money the government has spent decades telling Americans it didn’t have and couldn’t spend.


Probably something that sounds very good and turns out to be very bad.


Every family will receive $500 per child, but officials may not come to collect the children until May.


Federal aid for independent contractors, such as Uber drivers and assassins.