No milk, no bleach: Americans awake to coronavirus panic buying 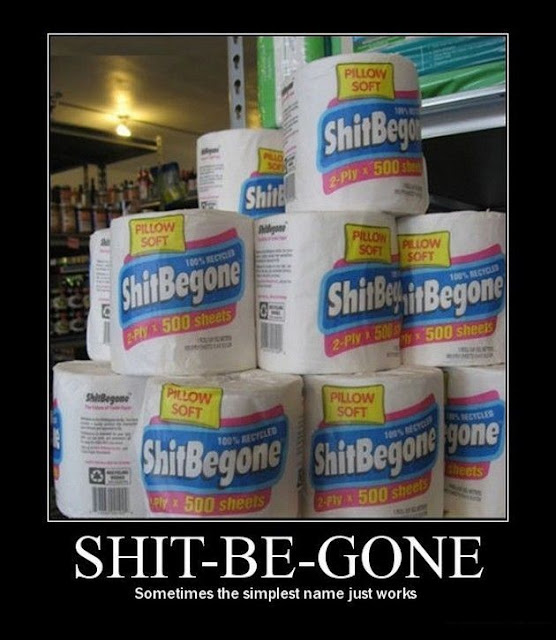 (Reuters) - In Union, New Jersey, a Target opened at 8 a.m. and had sold out of its full stock of milk and bottled water five minutes later. In Austin, Texas, some gas station pumps ran dry. Not a bottle of bleach could be found at a Home Depot in Fairfax, Virginia. 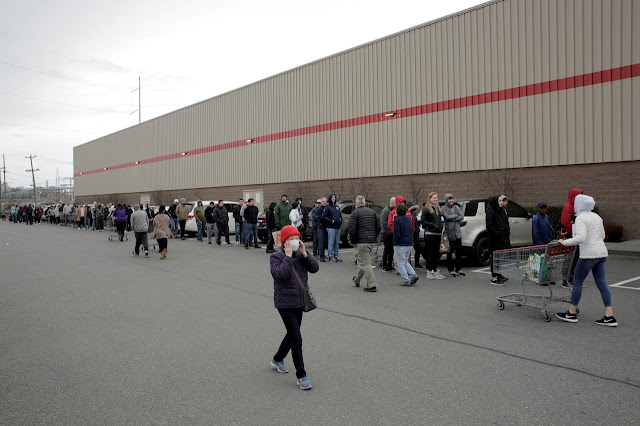 Shoppers line up before opening at a Costco store, following reports of coronavirus disease (COVID-19) cases in the country, in Seattle, Washington, U.S. March 14, 2020. REUTERS/David Ryder

As dawn broke across the United States on Saturday, thousands of shoppers lined up outside supermarkets and grocery stores before they opened, eager for a chance to buy essentials that have flown off shelves as the country hunkers down to slow the spread of coronavirus.

“It’s crazy. People have gone crazy,” said Alexis Coppol, a Washington, D.C. resident who was shopping at Costco. “I mean, I’m not too worried, but if we get put on a lockdown I want to make sure I have food.”

Americans have been stocking up on goods for days. But for many, the severity of the rapidly spreading coronavirus, which causes a sometimes fatal, highly contagious respiratory illness, really started to sink in after President Donald Trump declared a national emergency on Friday, releasing $50 billion in federal aid to help states fight the virus.

More than 2,500 Americans have contracted the disease and at least 52 have died. The virus has infected more than 154,000 people worldwide and killed some 5,800 since it was discovered in China in December.

To slow the rate of contagion, local officials across the country have closed schools and employers have asked employees to work from home. The resulting rush to stock up on supplies in preparation for long periods of isolation has placed a strain on the distribution of consumer goods nationwide.

Trying to prevent shortages, resales and price gouging, many chain stores have limited the amount of certain items individual customers can buy, particularly household cleaning products and hand sanitizers that health experts say are effective in killing the virus on surfaces.

“It’s worse because people are buying in bulk, and some people are callous enough to resell what they’re buying,” said Tevin Hunter, a sales representative at the Target in Union.

Along with shortages of basics such as pasta, meat and toilet paper, some unexpected items were also in short supply.

Bottles of virgin olive oil flew off the shelves in the affluent Washington suburb of Bethesda, Maryland.

And with so many companies telling their employees to work from home if possible, the Best Buy in Manhattan’s Union Square was sold out of external computer monitors by late Thursday.

At the Plum Grove Cyclery, a bicycle shop in Leesburg, Virginia, manager Tom Stokes said sales have risen noticeably over the past week as people avoid public transportation.

“A woman came in this morning and said, ‘I normally go to the gym, and that’s not happening right now, so I’m going to ride a bike and get my exercise outdoors,’” Stokes said.

At a Costco in Seattle, Dee Jackson wore a gas mask as she lined up with hundreds of other shoppers before it opened. The line spanned the length of the store and continued around a corner, with a law enforcement officer keeping watch at the main entrance. A sign laid out limits for purchases of high demand items, with “Sold Out!!!” taped over items like gloves, soap, and disinfectant wipes.

Not a roll of toilet paper remained on shelves at Target in Alexandria, Virginia, but limited amounts were being rationed out at BJ’s Wholesale Club in West Nyack, New York. There were mounds of apples at Safeway in Silver Springs, Maryland, but the citrus fruits and bananas had all been swiped.

“I just came here for bananas, and there’s no bananas,” said one elderly woman in dismay.

Waiting in a long line at the Costo in Washington, shoppers Hua Lu and K.C. Dutton said they had one main priority.