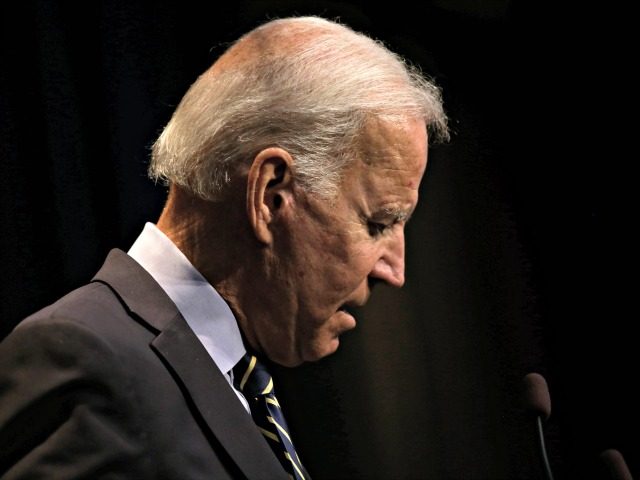 On Friday, Grandpa Joe held what his campaign billed as a “virtual town hall” in Illinois. In my colleague Kyle Olson’s must-read reporting on the event, you will discover the whole thing was a fiasco, like something out of a sitcom. Guests appeared and then disappeared. The sound was garbled. People were introduced, followed by an awkward pause when they didn’t appear. Babies cried…

“Biden seemed to be reading from a teleprompter, but the broadcast suffered from severe tech issues, as Biden’s words were caught in a feedback loop, muddying the whole presentation and making the candidate nearly indecipherable,” Olson reported.

After starting two hours late, the fiasco lasted about 45 minutes. For my money,

this clip from The Honeymooners,


where Ralph and Ed attempt to do a live television commercial, is the funniest thing ever captured on film. Sounds like Grandpa Joe just took that crown.

Technical difficulties, however, are technical difficulties. That doesn’t mean those technical difficulties are not newsworthy. After all, we are talking about a major presidential campaign, about the competency, or lack thereof, of the people hand-picked by Biden to run his campaign. So it is a bit disconcerting that Joe and his staffers were unable to put on the equivalent of a video podcast, something millions of everyday Americans are able to do every day in their basements without a hitch.

But what about Joe’s performance?

How did the 985-yead-old Democrat frontrunner do?

The media tell us that any criticism of Grandpa Joe’s mental acuity is a hoax, is fake news, is a desperate and desperately unfair personal attack…

And then this happens:

For the Biden-challenged, allow me to lay this out as simply as possible. The date of the livestream was March 13, 2020. The presidential election will take place in November of 2020. The next president will be sworn in in January of 2021…

Did you get that?

Would you like me to type it again slower?

“Even I can’t do that for another two years.” No. There are only ten months between now and the next inauguration.

“…or actually January.” Why don’t we warm you up some oatmeal and see who’s guest-starring on Matlock with that nice Andy Griffith today?

And then Joe shuffles off to watch Matlock while rambling on about estuaries and international species.

And this is not a video sent back to us from the future. This is not video sent to us from President Biden’s last day in office in January of 2029 when he’s 87-years-old. This video was taken Tuesday:

Early on, he’s self consciously trying not to shuffle, he has that waxy look on his face, and then he almost falls over.

Are Democrats really going to do this?

And here’s video of Grandpa Joe screaming that someone’s “full of shit” about something called an “AR-14.”

Honestly, outside of a nursing home when the power goes out during Wheel of Fortune, I’ve never seen anything like this…

Do believe your elite betters…

Don’t you understand? There’s a conspiracy afoot to get Joe to yell and shuffle and forget the year and meander and walk off camera…

Even though Democrat presidential candidates like Cory Booker, Julian Castro, and Tim Ryan were the first to express concerns about Biden’s mental acuity, it’s all a Trumpian plot!