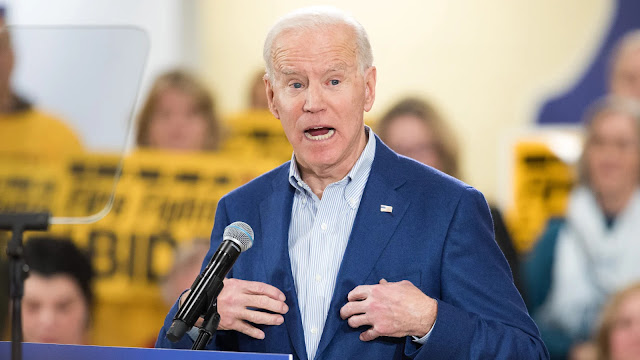 DETROIT—Opening up about the lifelong struggle that has been a source of embarrassment and frustration, Democratic presidential candidate Joe Biden defended Thursday his record of inappropriately touching women as a symptom of his lifelong struggle with stuttering hands. “Since my childhood, I’ve been burdened with this debilitating problem—anytime I wrap my hands around a woman’s waist or give them a shoulder rub, it’s because of a nervous medical tick,” said Biden, choking up while recounting how much his uncontrollable caressing of women’s backs and touching of their faces have hurt him over the years. “I was often too ashamed in the past to speak about it, but I know there’s some teenager out there grabbing a classmate’s ass who needs to know they are not alone. I’ve dealt with the misfortune of seeing my hands reach out and pull a woman uncomfortably close to me and the embarrassment of them mocking me and saying ‘Stop doing that.’ I’ve worked to get it under control, and I want my supporters to be confident that I will only occasionally be touching women over the course of the presidential campaign.” At press time, Biden was attributing his support of the Iraq war and opposition to school busing as the result of a challenging brain stutter.
at March 09, 2020