“All Hell Is About to Break Loose”:

Could Wall Street’s Coronavirus Tsunami Get Worse?
In the current crisis, private equity, with its mountains of debt, could be the weak link, said a very senior Wall Street banker. If limited partners don’t kick in cash when asked, things could get very bad. 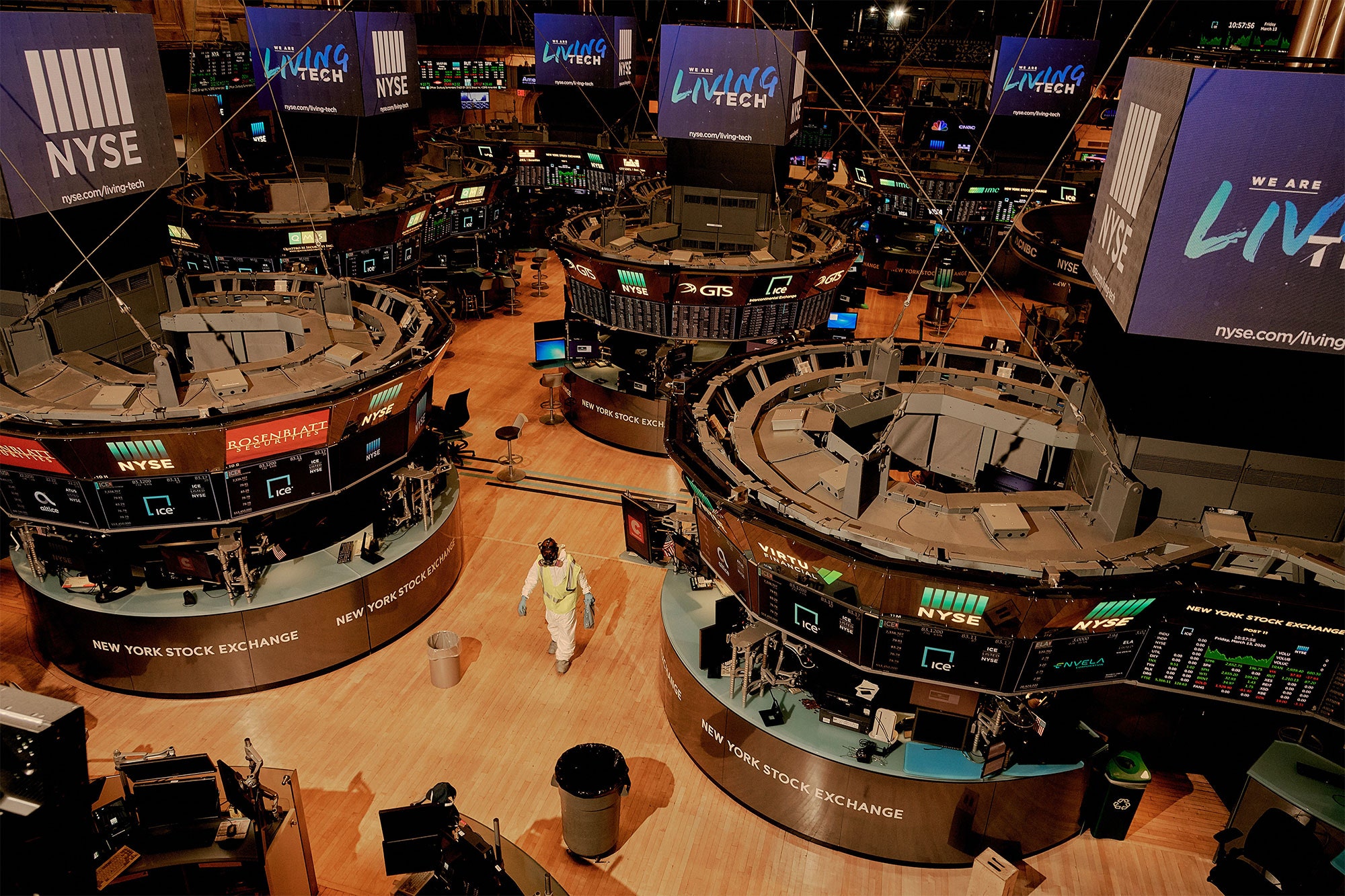 Before sunrise this morning, a normally calm and very senior Wall Street banker texted me: “All hell is about to break loose. No safe havens.” His text could not be ignored, coming as it did on the morning after hedge fund manager Bill Ackman’s 28-minute cri de coeur to CNBC yesterday, during which he essentially demanded that the U.S. immediately shut down for 30 days to stop the spread of the coronavirus. What was he talking about, I asked.

Was there something new beyond the spreading virus, which for the first time put our trajectory of disease on a more drastic slope than Italy? Was there something beyond the crashing stock market? Was there something more than the Fed pulling out all the stops to shore up the commercial paper market and the mutual-fund market? Was there a new estimate about the severe economic contraction already underway, with estimates of second-quarter GDP declines going up to 10%? Could things be much worse than Treasury Secretary Steve Mnuchin’s prediction that unemployment could hit 20%, not much below the highest unemployment rate hit during the Great Depression? We’re already seeing signs of massive layoffs: Weekly jobless claims surged to 281,000 last week, with more and more coming.

Could things be much worse than what Ackman told Scott Wapner on CNBC? Ackman was apocalyptic. “Hell is coming,” he said at one point. A “tsunami” is coming he said at another point. “Beginning in late January, I was getting increasingly bearish and I woke up with a nightmare,” Ackman said. “And my nightmare was you have this virus that replicates and infects incredibly rapidly.” He said he was so nervous about where things were headed that he had gone to an ATM and taken out piles of cash. He said what is “scaring the American people and corporate America now is the gradual rollout” of the national quarantine. He said it needed to be done immediately. “America will end as we know it,” he continued. “I’m sorry to say so, unless we take this option.” He said whole industries —hotels, airlines, restaurants—would go bankrupt unless the country were shut down, immediately. “Capitalism does not work in an 18-month shutdown, capitalism can work in a 30-day shutdown.” He said that a shared sacrifice was necessary, much as Americans made in World War II. Staying at home for a month was not too much to ask, he said. “The only shared sacrifice that is going on right now is the health care community, the nurses, the doctors, the people taking care of patients,” Ackman continued. “Those people are making enormous sacrifices. [The president] is not saying storm the beaches of Normandy right now, he’s saying go home, go home, spend a month with your family.” At another point he was holding back tears as he spoke about the fact that he had removed himself from society as both an example of what others needed to do and because he wanted to protect his ailing father, who has limited lung function after surviving lung cancer. Last night Ackman emailed me: “Spread the message if you agree.”


Now, apparently, the scourge of interconnectivity is back. Companies are drawing down their lines of credit with abandon. The senior banker seemed to be especially concerned about the portfolios of private equity companies, which are by definition mostly piled with debt and therefore at higher risk of default as the economy contracts. The big worry now among private equity types is that the $1.5 trillion or so of so-called “dry powder”—money that is sitting unused in their coffers or on-call from their limited partners—will now be needed to shore up existing portfolio companies with acute cash needs, rather than for new investments, which would be the preferred course of action in a more normal time, especially with stock prices down around 35% from their February highs. The big worry currently is that the limited partners of private equity funds have enough of their own problems that now they won’t be able to honor their capital calls as they start coming in from the general partners.

That’s yet another scary thought: the domino effect of one private equity portfolio company after another getting into trouble could well be a further negative catalyst to an economy already on the brink of collapse. If one private equity portfolio company after another slips into bankruptcy because limited partners don’t make good on their capital calls, that could mean hundreds of billions more of creditor and shareholder losses. That could mean even more job losses and a spiral down into the kind of economic disaster not seen since the 1930s. Spread the message if you agree.