With half of ballots counted, Sanders had 47 per cent of the vote - more than twice the tally of his nearest rival Joe Biden on 19 per cent, with Pete Buttigieg and Elizabeth Warren trailing far behind. 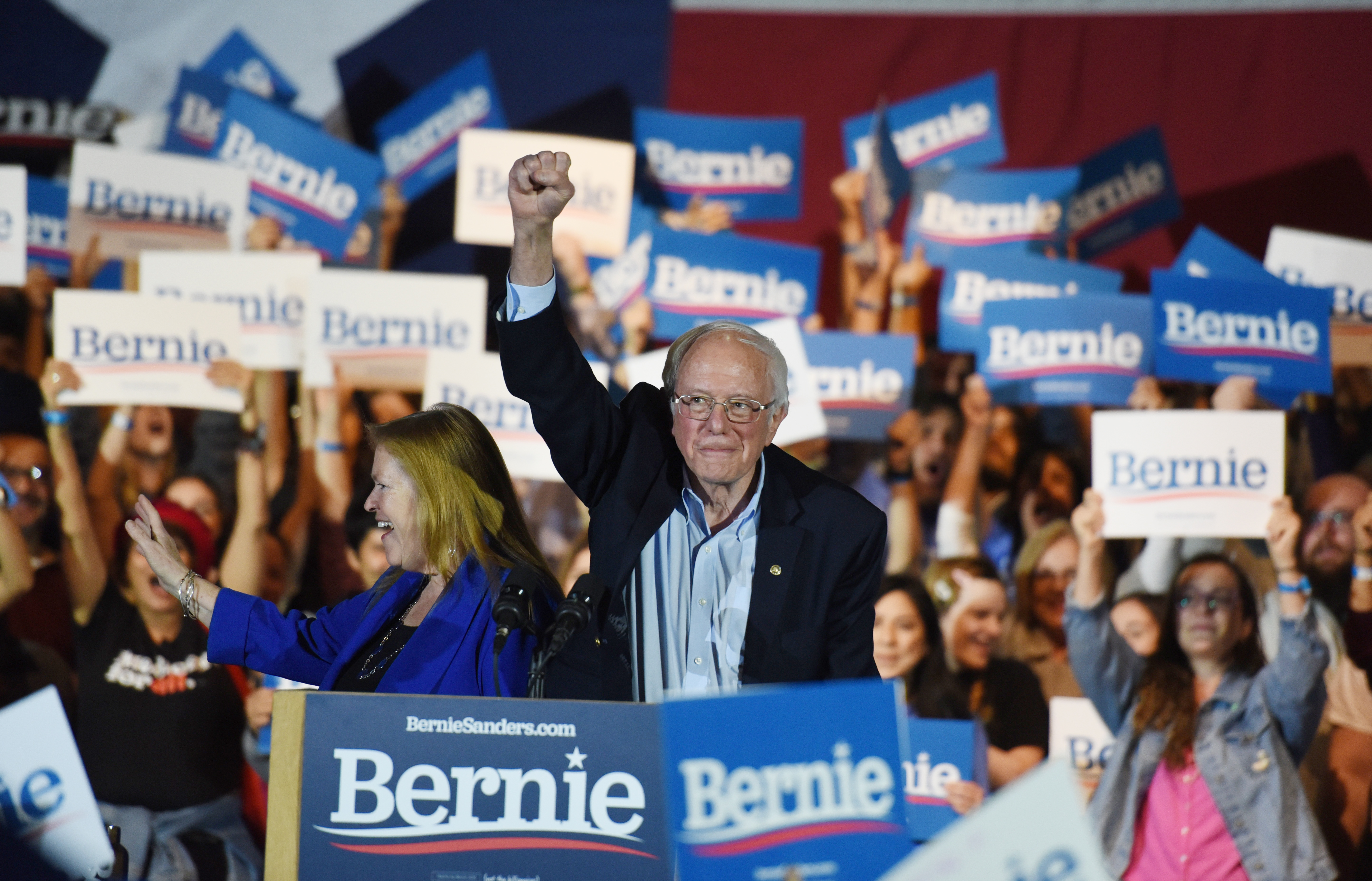 Bernie Sanders took almost half of votes in the Nevada caucusesCredit: Reuters 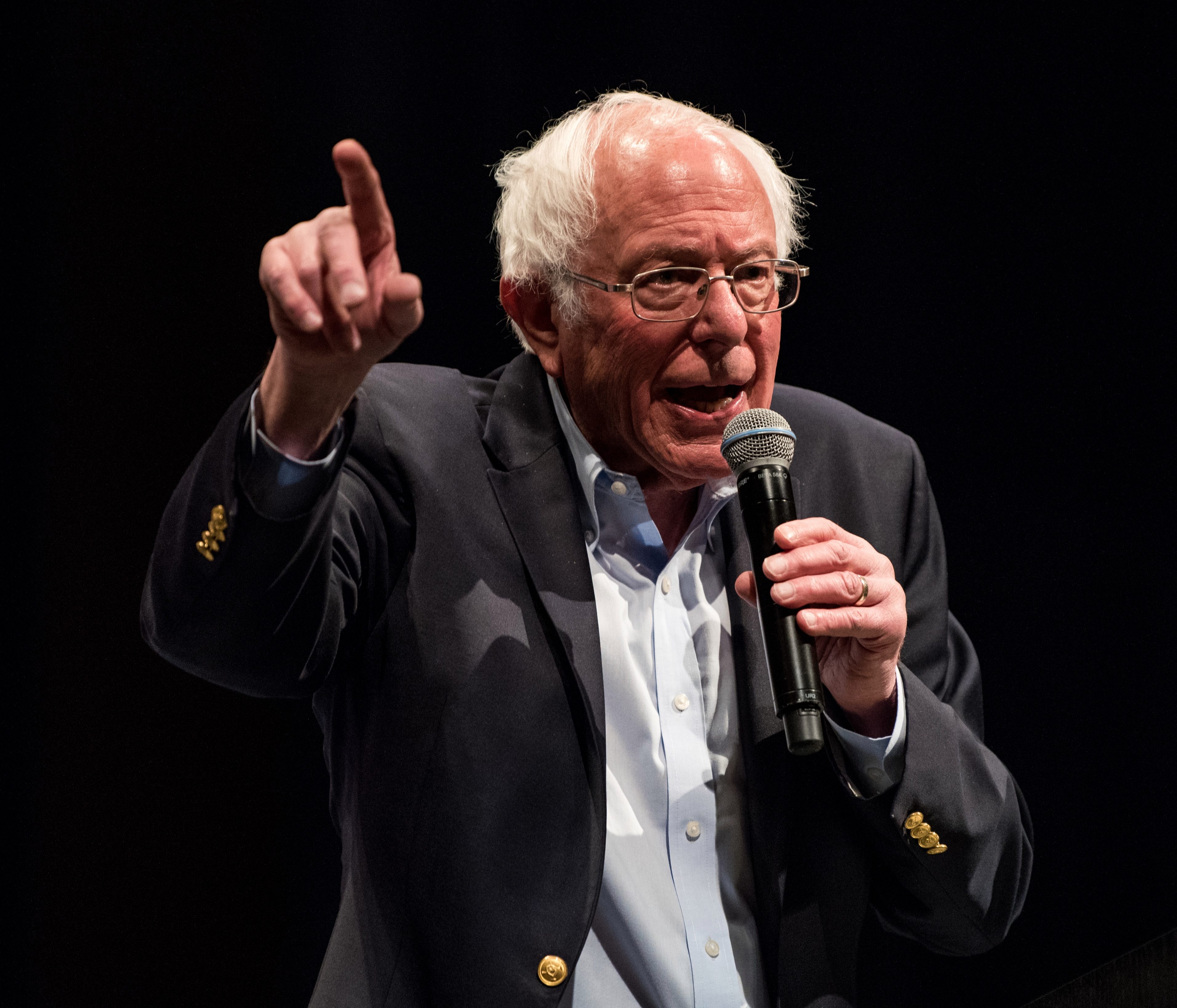 Sanders, 78, took a storming lead in the race for the Democratic Party nominationCredit: Getty Images - Getty

Trump took to Twitter to give Bernie backhanded congratulations

The 78-year-old Vermont senator had ploughed huge resources into a grassroots campaign in Nevada, with 250 paid staffers on the ground and Spotify ads in Spanish.

It seemed to pay off as he won 11 of Nevada's counties, with around 54 per cent of Latino votes and 66 per cent support among voters under 30, according to projections.

Sanders celebrated after flying to a rally in San Antonia, Texas, on Saturday evening as campaigning looks ahead of the crucial Super Tuesday primaries nine days from now.

Speaking to an adoring crowd, he said: "I'm delighted to bring you some very good news. I think all of you know we won the popular vote in Iowa. We won the New Hampshire primary.

"And, according to three networks and the AP, we have now won the Nevada caucus."

The results cemented his place as the front-runner to take on Donald Trump in November's general election.

Jubilant Sanders introduced his wife Jane as "the next First Lady" and touted "multigenerational, multi-racial coalition" he says will propel him to the White House.

President Trump weighed in to congratulate the man he dubs "Crazy Bernie" - and also lashed out at fellow billionaire Mike Bloomberg who was not on the ballot in Nevada.

He tweeted: "Looks like Crazy Bernie is doing well in the Great State of Nevada.

"Biden & the rest look weak, & no way Mini Mike can restart his campaign after the worst debate performance in the history of Presidential Debates.

"Congratulations Bernie, &don’t let them take it away from you!" 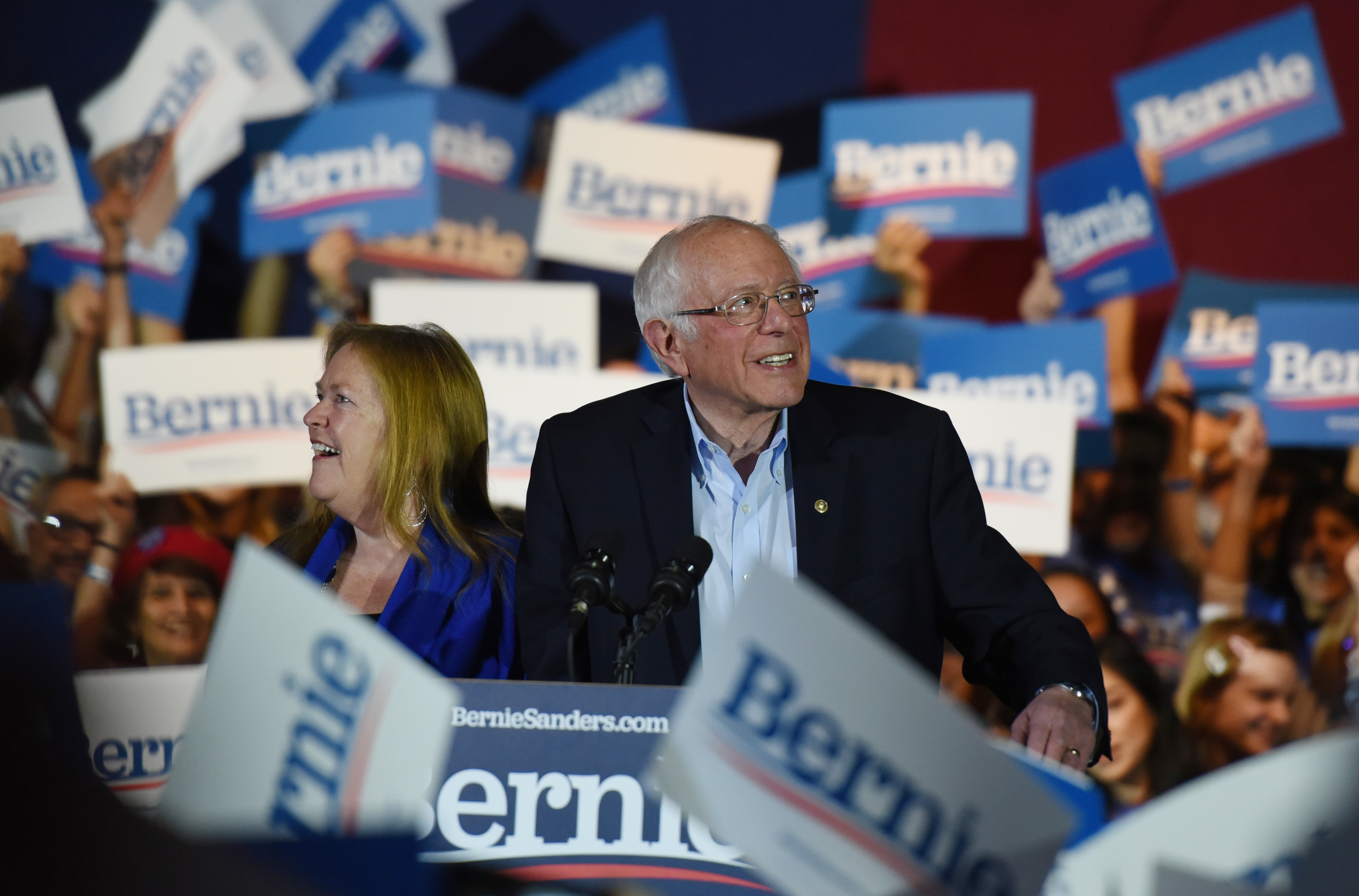 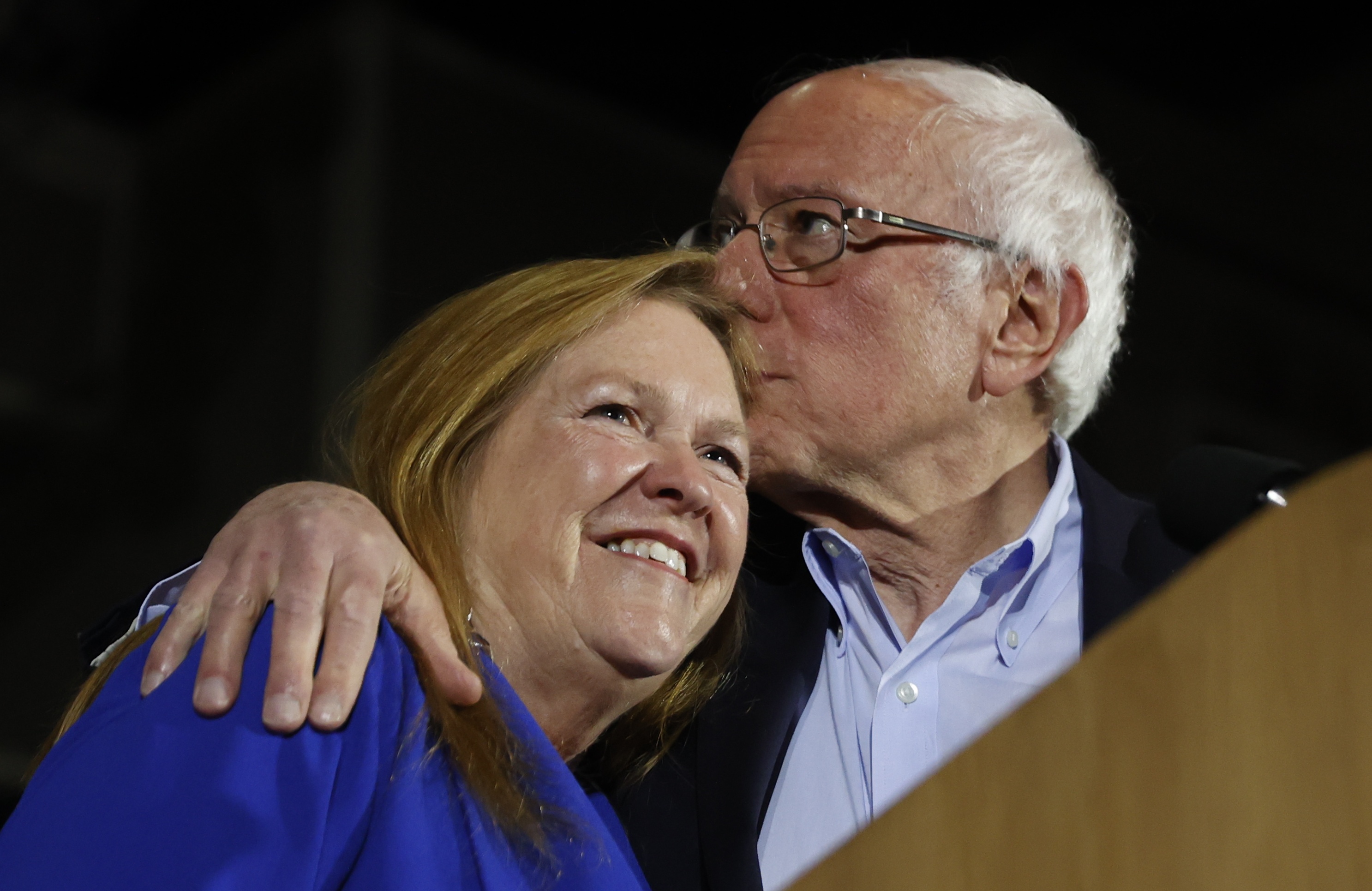 He introduced his wife Jane as the next First Lady of the United StatesCredit: Reuters 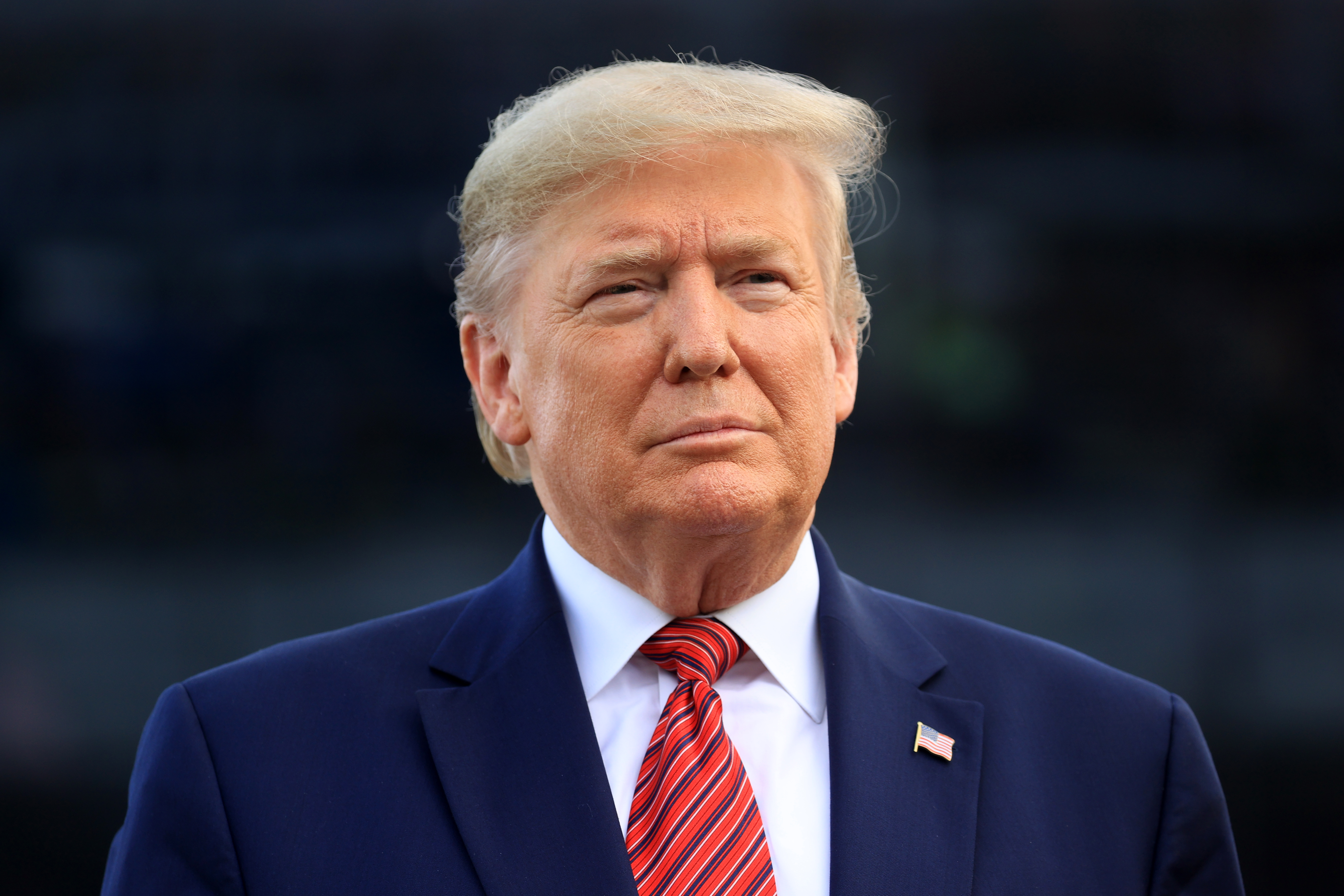 And former White House press secretary Sarah Sanders warned of Bernie's momentum, telling Fox News: "Republicans have to be extremely careful. We can take nothing for granted at this point."

Bloomberg was less complimentary. His team said choosing Bernie would be a "fatal error".

Kevin Skeekey slammed Sanders for "declaring war on the Democratic Establishment", adding: "As Mike says, if we choose a candidate who appeals to a small base - like Senator Sanders - it will be a fatal error."

The 2020 Nevada Caucuses comes after a brutal Democratic Debate that also took place in Vegas earlier this week.

Biden did better than many expected after poor showings in Iowa and New Hampshire, but he had been leading polls in Nevada as recently as last month.

He declared: "The comeback starts here." 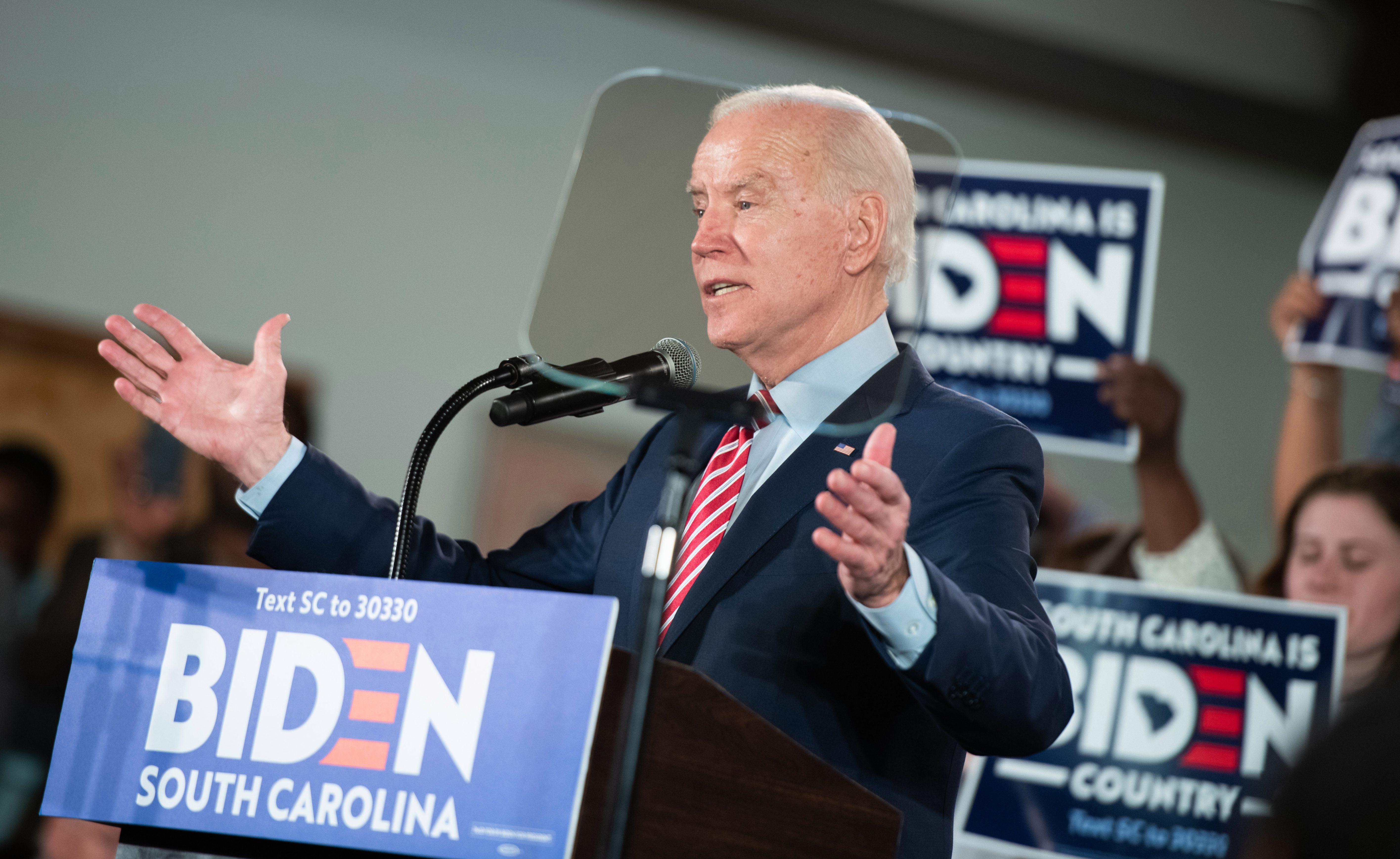 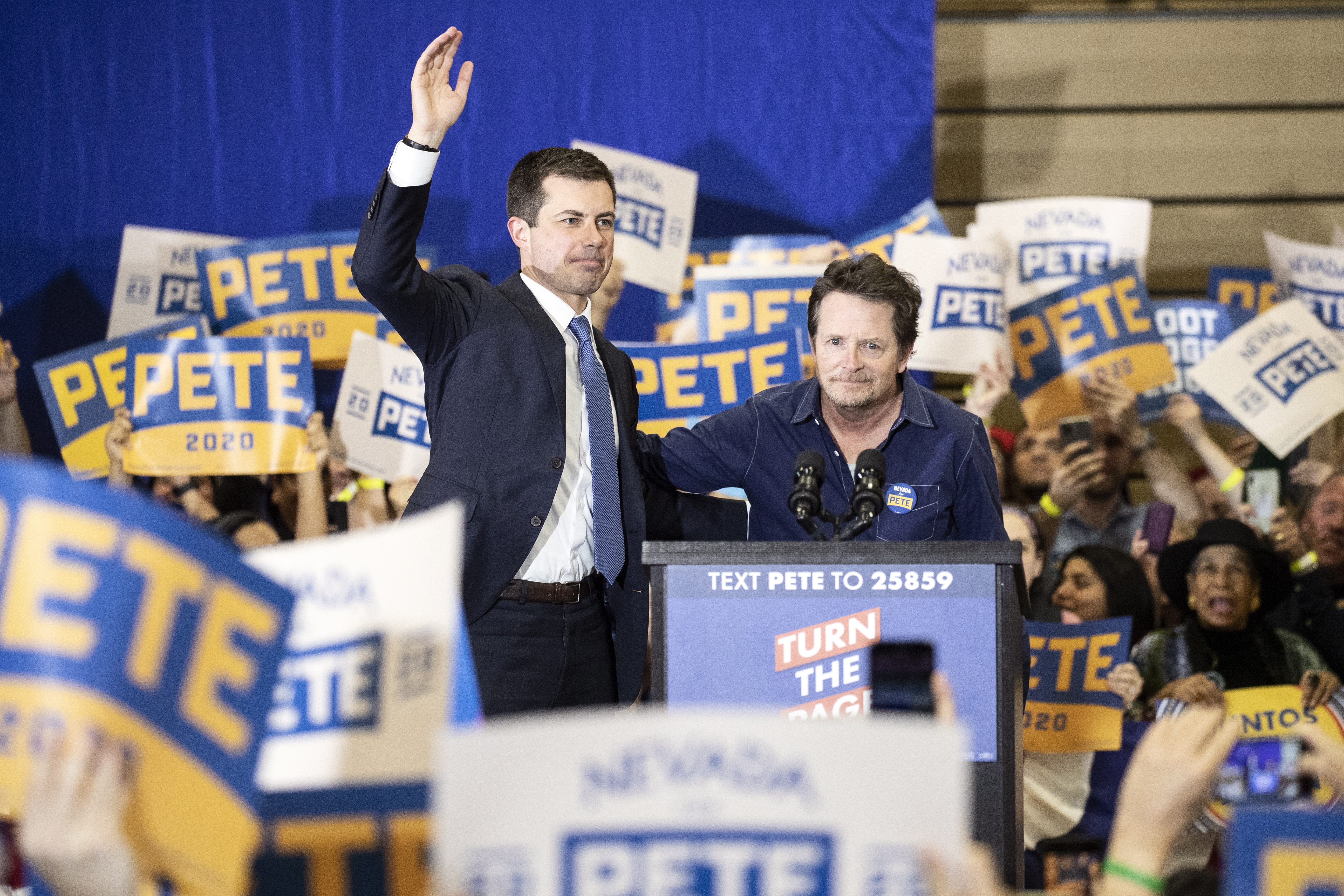 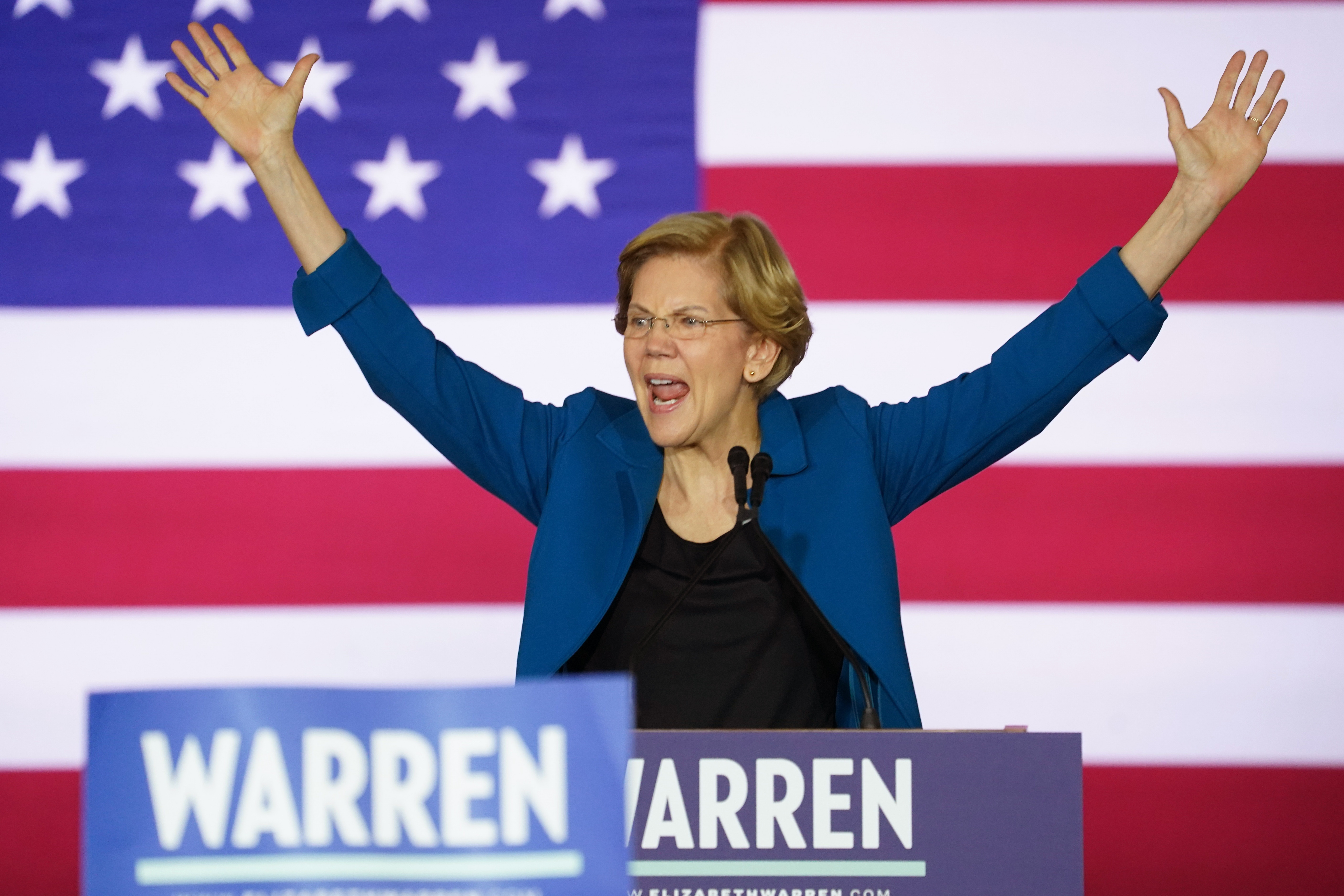 
US officials told the Vermont senator this week, Russia is trying to boost the campaign of Bernie Sanders as part of a scheme to meddle with the 2020 presidential election. 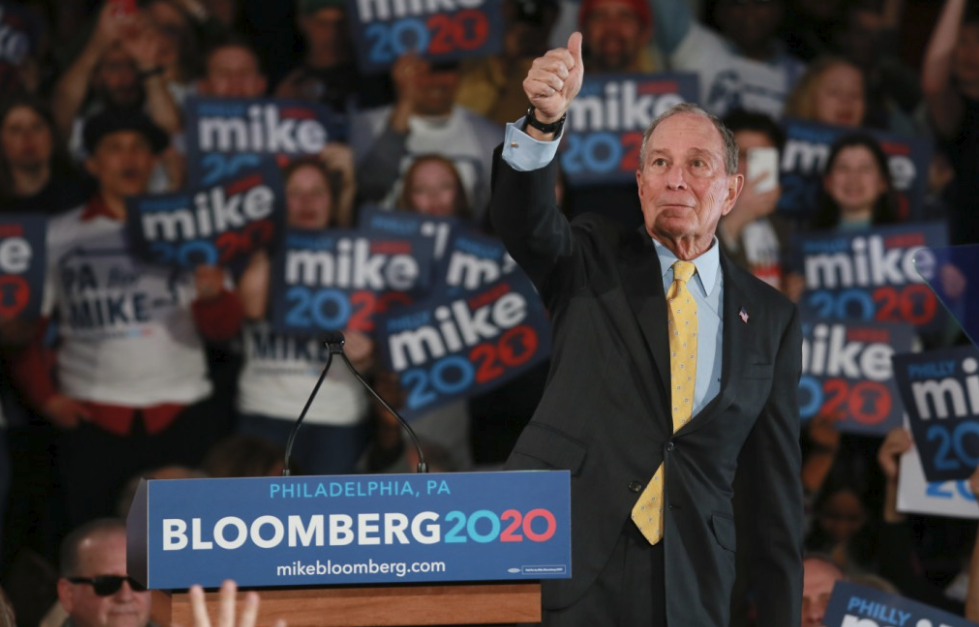 Mike Bloomberg, who was not on the ballot in Nevada, warned choosing Sanders would be a 'fatal error' 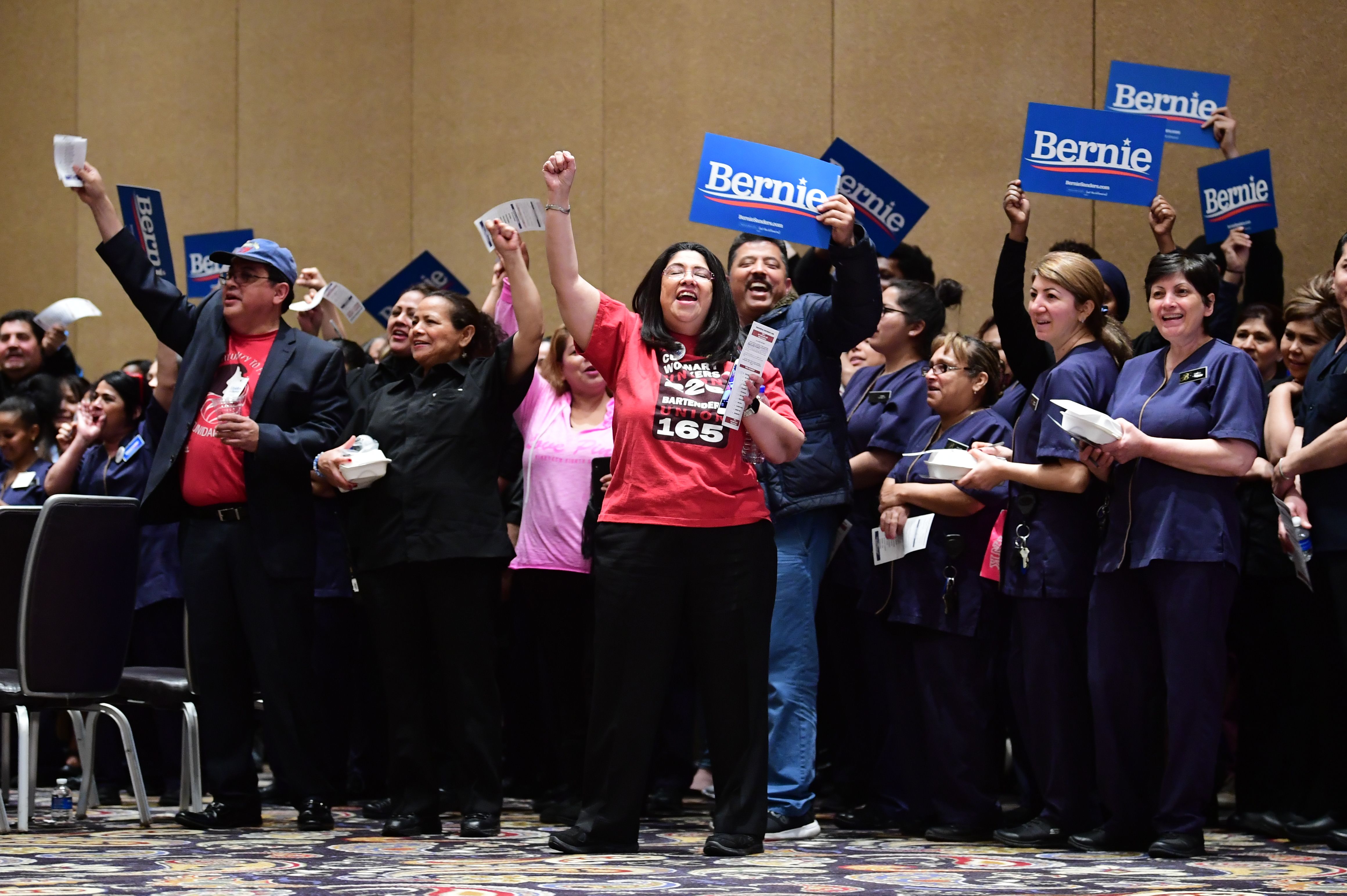 Bernie supporters cheer at the Bellagio hotel in Las VegasCredit: AFP or licensors 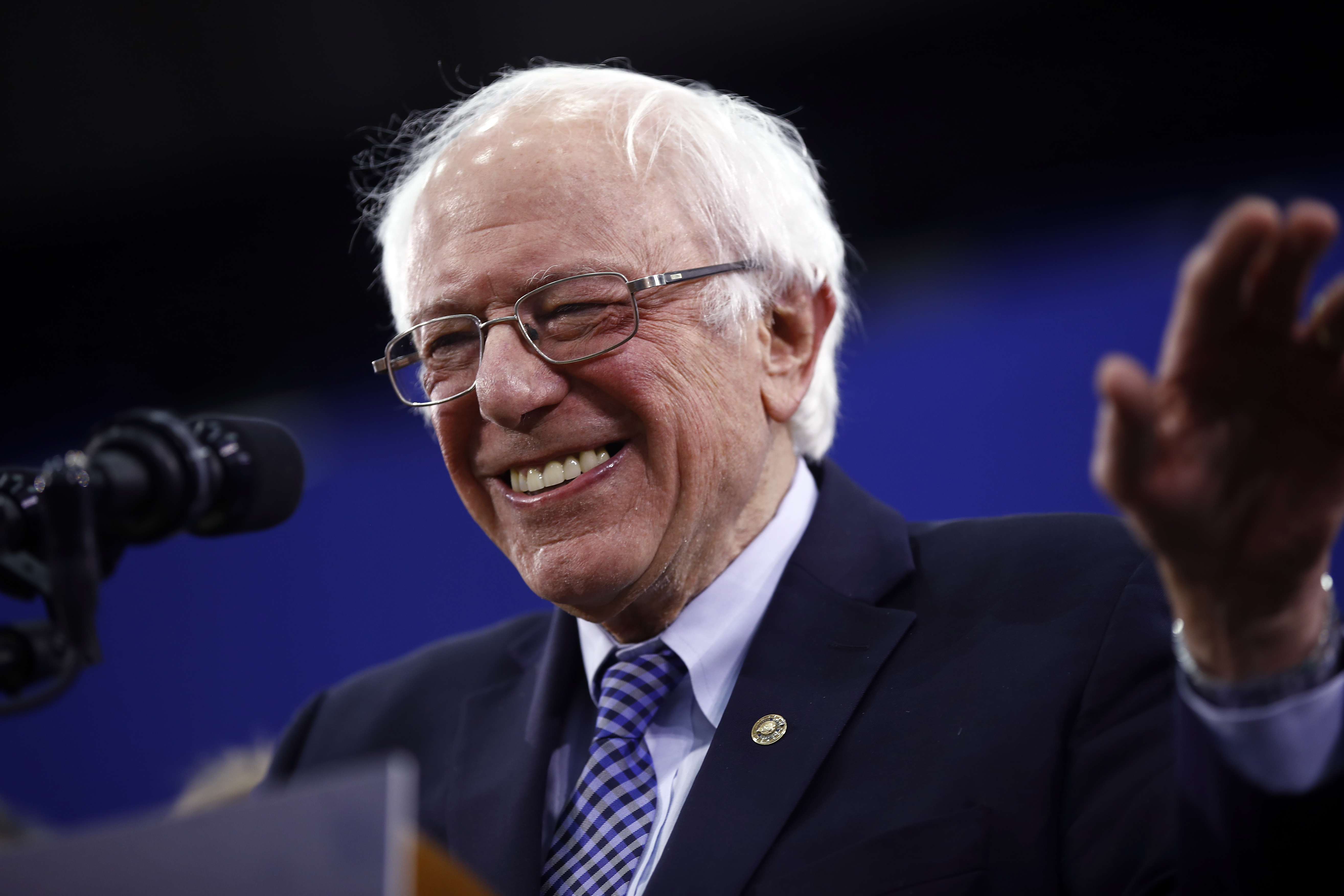 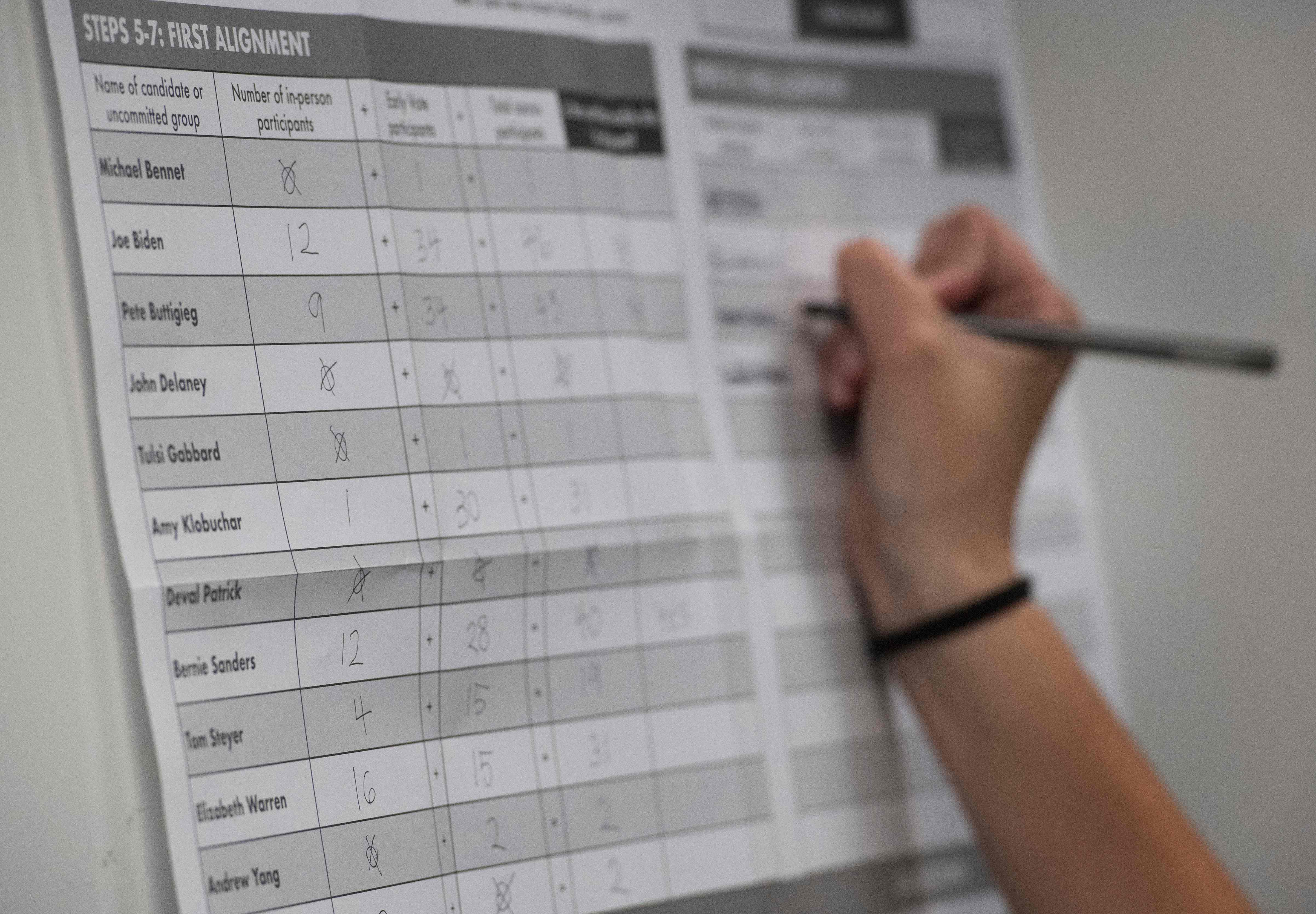 Voting, which began at noon, showed Sanders was well liked in Las Vegas, Reno and Carson City.Credit: AFP or licensors
at February 23, 2020