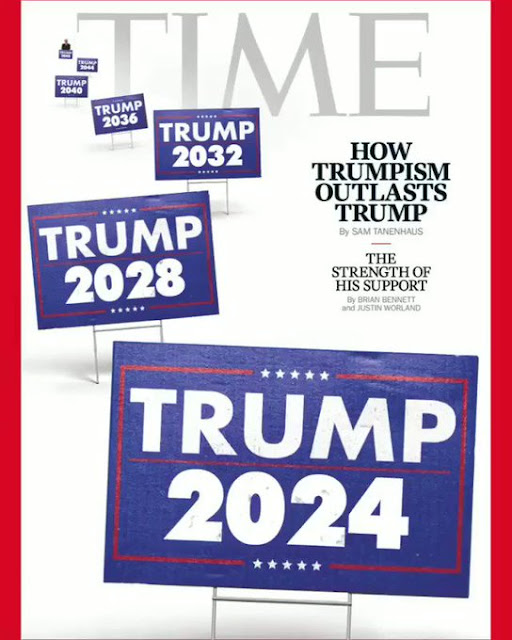 Taking Trump's video serious, Actress Bette Midler tweeted a dire warning to her followers that "Trump will rule you until he dies, you die or both." 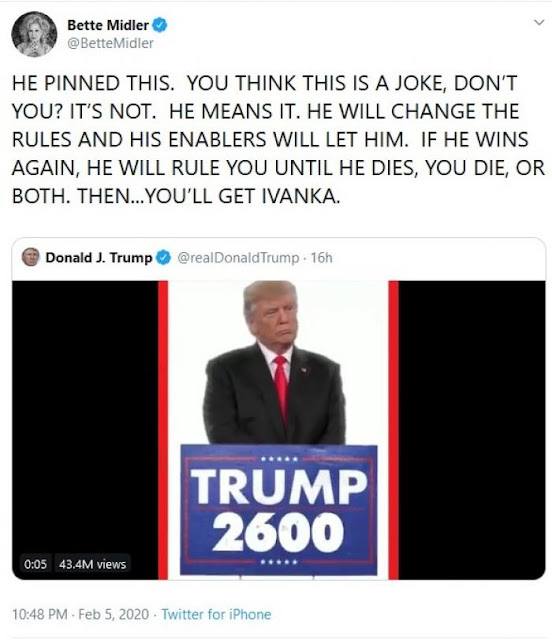 The liberal media are terrified of the truth, especially when it leads to uncomfortable questions about their own leftist worldview.
CNSNews covers the stories that the liberal media are afraid to touch. It drives the national debate through real, honest journalism — not by misrepresenting or ignoring the facts.
CNSNews relies on the support of our loyal readers to keep providing the news and commentary that matter to the American people, not just stories that prop up the liberal agenda.
Make a donation today. Just $15 a month would make a tremendous impact and enable us to keeping shining the light where the liberal media are afraid to tread.
— The CNSNews Team
at February 07, 2020