A Trump favorite is making a return after departing for the Fox Corporation.
By
John Santucci
and
Katherine Faulders
February 13, 2020
10:01 AM

Hope Hicks, formerly President Donald Trump's most trusted and longest serving aide, is expected to return to the administration in the coming weeks, sources familiar with the matter tell ABC News.

Hicks, who departed in early 2018, will return in the coming weeks as a senior adviser reporting to Jared Kushner, the president's son-in-law. Her official title will be counselor to the president.

Since her departure, she has served as the head of communications for the Fox Corporation, the parent company of Fox News, among other entities owned by Rupert Murdoch.
MORE: White House communications director Hope Hicks to resign

Hicks served as Trump's closest adviser, following the president from the campaign to the White House. She ended her tenure as the White House communications director in March 2018 while Special Counsel Robert Mueller's investigation was ongoing. 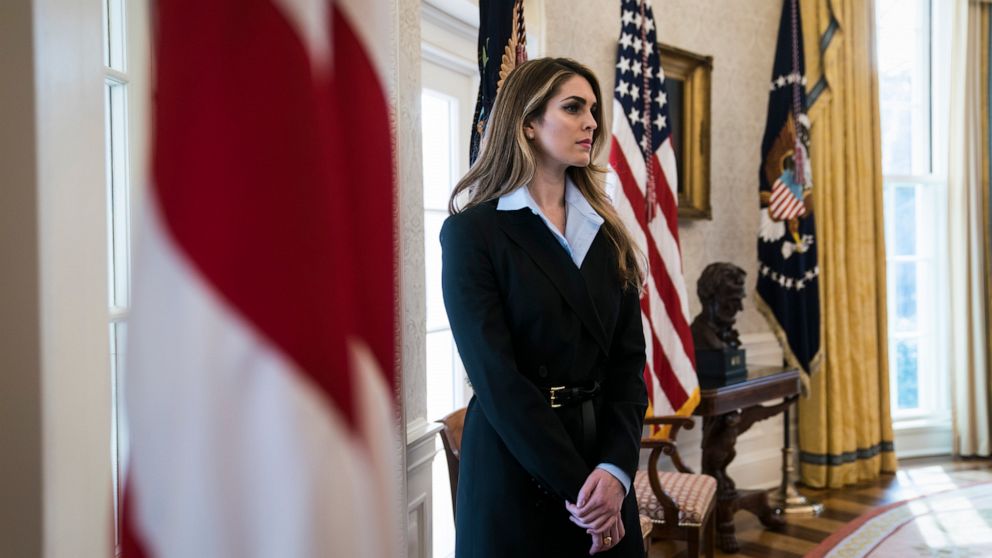 News of her resignation came the day after Hicks testified before the House Intelligence Committee that she had occasionally told white lies on Trump's behalf, according to a source familiar with the interview. Then-White House Press Secretary Sarah Sanders denied that her departure was related to her testimony.
MORE: Hope Hicks going 'through hell,' Trump tweets, as Democrats question her about president's potential obstruction of justice

Hicks met with Mueller's teams for multiple interviews as part of the probe into Russian interference and obstruction of justice by the president.

Since her departure, Hicks appeared before the House Judiciary committee. During the closed-door hearing, Hicks answered questions related to her time working on Trump's 2016 campaign, but declined to comment on her work in the White House.
MORE: Trump bids farewell to close aide Hope Hicks

Transcripts of the hearing later released by the committee show the White House counsel argued Hicks was absolutely immune from answering questions about her time working for Trump during his presidency.

The White House also blocked Hicks from turning over documents subpoenaed by the committee
.
at February 13, 2020