Somehow we had missed the turnoff to the southern Ohio town.
We went back to where the highway ought to be and found a narrow old road,
with grass growing up through the cracks in the pavement.
Could this be the main road to town that I remembered from my childhood?
The sign said it was.

The small city, after slumbering quietly for generations,
had become a boomtown with the coming of a large chemical company.
For a while the population grew with the influx of labor.

The little corner taverns
where old cronies had once exchanged worldly wisdom
became juke joints as the town opened up.
Housing became scarce, money became plentiful,
and the townsfolk began a new habit...
locking their doors.

The picturesque, American town of stories
was the only memory I had to go by.
I was surprised at the desolate weeded over road
that had once been a main artery.

We turned off the superhighway
and followed the rustic lane toward the town,
trying to spot familiar landmarks.
There were new shabby buildings,
some vacant and boarded up.

There were new gas stations,
looking aged and toothless with their pumps gone.
I thought I recognized an old building... a certain curve in the road...
but the clutter made it impossible to get my bearings.

Drifting into town,
I was relieved to see the railroad station
and its surrounding park untouched by time.

I had often told Misty about the good times at Aunt Bess' house,
where I had spent a lot of my childhood.
Now I was about to show her the actual place where it all happened,
but at first I couldn't find it.

It used to be right there on the corner of Fourth and Maple.
Now there was just a rundown Frankenstein house hiding in the weeds.
We parked while I stared at it for a long time.

I had somehow forgotten...
They're all gone.
The whole smiling, partying family had died off one by one since I'd been gone.
I knew it, I'm sure, but I’d blocked it out.

The small grocery store across the street
had a new name but looked the same.
I went in and asked,
but they didn't remember who had lived in that corner house.
They didn't recognize my desperately mentioned names,
and they were busy.

Asking around
we learned that the chemical plant had laid off thousands of workers,
and the government had built a superhighway that bypassed the town,
so it went quietly back to sleep, somewhat the worse for wear.

We searched the town all day,
and it was sunset before we found anyone we knew.
They were all together, as always.

The squeak of the rusty wrought iron gate pierced the evening stillness,
as we entered the old cemetery,
and began brushing away weeds and dust,
to peer at names on tombstones...
names that clicked on familiar faces in my mind.

We drove out of town and didn't talk for a while.
Nobody said goodbye.
If this was a ghost town these new people didn't know it.
We were the ghosts.
Jack Blanchard 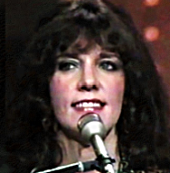