Trump more popular than even a Schiff-less Congress

I mean, in these hyperpartisan times, it is near impossible for any president to nose above 48% approval. That seems pretty unpopular until you look at the approval numbers of Congress. It is worth remembering in these times that President Trump is still nearly twice as popular as Congress.

Even when the camera hides Mr. Schiff’s pencil neck. 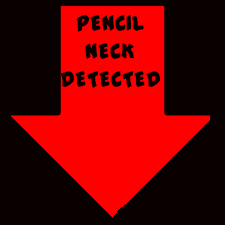 Impeachment manager (PENCIL NECK) Adam B. Schiff condemned the Senate on Tuesday for not issuing subpoenas he and his House colleagues refused to issue and lectured senators for not calling witnesses he himself had refused to call.


There is no amount of hyperventilating, hyperbole and flat-out lying that can paper over the disastrous case that House Democrats have asked the Senate to try in their effort to impeach President Trump.

Rep. Adam Schiff, California Democrat and one of the chief architects of the fatally flawed case, did his best.

Standing in the well of the Senate, he condemned the Senate for not issuing subpoenas he and his House colleagues refused to issue. He lectured senators for not calling witnesses he himself had refused to call.

Of course, Mr. Schiff did not even try to explain how he and his fellow House Democrats spent months racing for impeachment — only to stall and sit on the flimsy articles for 33 days before handing them over to the Senate for trial.

“Abuse of power.” And “obstruction of Congress.”

Those are not even crimes. Which we are reminded of every time House Speaker Nancy Pelosi says, “Nobody is above the law.”

Mr. Schiff offered a new one in kicking off the Senate trial. A “trifecta of constitutional misconduct.”

He said Mr. Trump’s phone call with the president of Ukraine contained “the most serious charges ever leveled against a president.”

He said Mr. Trump has become a “monarch.” Something about invoking the very executive privilege that every president since George Washington has invoked.

The only silver lining for Mr. Schiff’s oily performance was the favorable angle of the C-SPAN camera capturing his big moment in the national spotlight. It was straightaway and high up in the balcony facing the Senate dais. Since Mr. Schiff was standing on the floor, the camera failed to pick up Mr. Schiff’s prominent, long and skinny neck. For the entirety of his harangue of hypocrisy, “Pencil Neck” concealed his pencil neck.

And the only times his eyes went full bug-out was when he would unfortunately strain his face upward, to look directly in the camera, as if speaking directly to the American people viewing from home. In those moments, he was bug-eyed but not pencil-necked.

So, a win for Mr. Schiff, in the appearance department. Unfortunately for him — and his wife — when he goes home, he will still be pencil-necked and bug-eyed.

Then Mr. Schiff complained that the “dry transcripts” — i.e. the actual words used to commit supposed “abuse of power” and “obstruction of Congress” — would not be sexy enough to win a conviction in the Senate.

This is always the problem with courtrooms and judges and justice. If the facts don’t prove your case, you lose. Totally fair technically, but often feels unfair when you lose.

Lucky for Adam Schiff he is incapable of embarrassment. Otherwise, he would have been utterly humiliated by the wire brush that White House counsel Pat Cipollone took to him afterward.

By the way, how funny is it that House Democrats are charging Mr. Trump with “obstruction of Congress?”


• Charles Hurt can be reached at churt@washingtontimes.com and on Twitter on @charleshurt.
at January 22, 2020