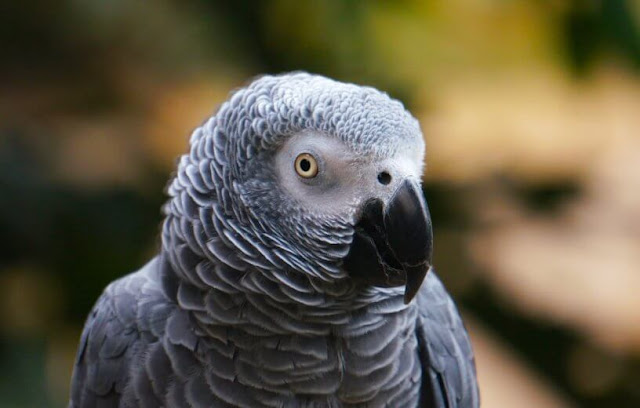 TENERIFE, Spain — Parrots have long been considered intelligent birds, but a new set of research focusing on African gray parrots finds that besides just being smart these fascinating animals are also very kind to one another.

Over the course of the experiments, the studied parrots exhibited selfless tendencies, prosocial behavior, and cooperativeness — even when there were no obvious opportunities for reciprocation. Furthermore, these extraordinary birds returned favors or good deeds amongst one another, and never became jealous whenever a particular bird received a larger reward than others. These traits are exceedingly rare in the animal kingdom, with only great apes behaving in similarly selfless ways.

All in all, these findings make a strong case that parrots are among the smartest animals on the planet, rivaling crows, apes, and dolphins in terms of overall and social intelligence. 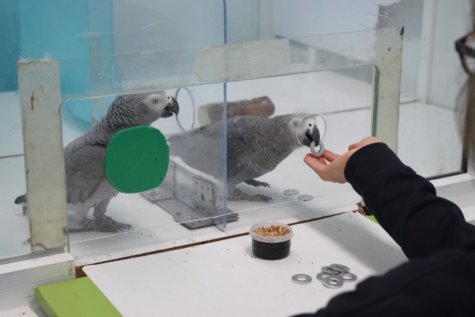 In the behavioral experiments, the parrots receive metal tags, which they can then exchange for food. (Photo credit: Comparative Cognition Group)

The research team hailed from the Max-Planck-Institute for Ornithology in Germany, but had been stationed at the outpost for parrot comparative cognition in Spain. 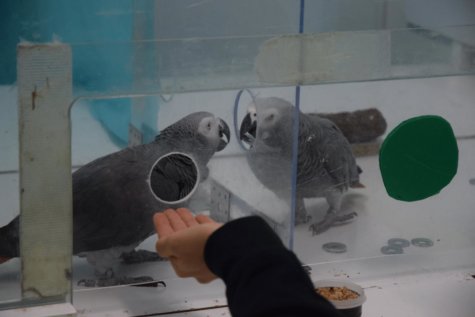 Let’s take a look at a female parrot, Bella, as an example. Bella has learned to accept metal tokens given by researchers, and exchange them with another researcher for food. However, Bella’s exchange opening has been blocked off. So, she has some metal tokens but can’t use them at the moment. Instead of hoarding her tokens, Bella decides to give them to her neighbor, Kimmi. Kimmi and Bella’s living spaces are connected via an additional opening, and while Kimmi’s exchange hole connecting him to the researchers is still open, he doesn’t have any tokens.


If a bird does not receive a tag, the neighbor often passes on its own and thus forgoes its own reward. (Photo credit: Comparative Cognition Group)

Selflessly, Bella gives her tokens to Kimmi, and watches in a relaxed manner as Kimmi exchanges the tokens and eats the food he receives in return. The research team were astounded by Bella’s altruistic actions, especially given the fact that she didn’t appear to become jealous at all of the food Kimmi enjoyed using her tokens. This is especially noteworthy because there were no clear signs that Kimmi would reciprocate in the future and do something nice for Bella.

“Our parrots indeed seem to have grasped that another individual requires their help in order to achieve a goal,” comments first author Désirée Brucks in a statement.

Moreover, when researchers recreated the same situation but with both Bella and Kimmi’s exchange openings blocked off, Bella didn’t bother to give her tokens to Kimmi. A surefire sign that the parrots understood the situation, and were able to recognize when a fellow bird would actually benefit from sharing tokens.

A second experiment was conducted that illustrated the parrots’ overall prosocial attitude, or willingness to help and care for one another. This experiment also revealed that parrots are capable of reciprocating good deeds from one to another, a trait that is considered an integral building block in the evolution of cooperation.

In this scenario, the parrots were given an option of choosing two different types of tokens: one token that only provided food for themselves, and another that provided food to both the subject and their immediate neighbor.

“Initially the parrots chose randomly, without paying any attention to the wellbeing of their neighbor”, explains first author Anastasia Krasheninnikova. “As soon as the parrots were tested alternatingly with their neighbor, they very rapidly learned to choose the token that benefitted both birds.”

A third experiment revealed that parrots rarely, if ever, become jealous of one another. In this setting, two parrots performed the same task, but one bird was given a larger reward than the other.

“At first, this finding came as a surprise, given that a ‘sense of fairness’ is considered a prerequisite for the evolution of cooperation,” says Auguste von Bayern, the leader of the comparative cognition research group.

Even primates become frustrated when faced with unfair situations like the one described above, and usually end up boycotting the entire activity. Researchers theorize that parrots don’t react in this way because they usually stay bonded with a single partner throughout their entire life, while primates tend to move on from one partner to another.

“Given that parrots are so closely bonded with a single individual and thus so mutually interdependent, it does not make any difference if one of them gets a better pay-off once in a while. What counts is that together, they function as a unit that can achieve much more than each of them on their own (in addition to raising their joint offspring). This is probably why parrots are much more tolerant towards unequal treatment than species that are not long-term monogamous, while still being excellent cooperators,” Auguste von Bayern explains.