Ayatollah condemns US airstrikes and warns Trump ‘we will FIGHT BACK’

IRAN’S Supreme Leader Ayatollah Ali Khamenei has strongly condemned US attacks on Iran-allied militia group in Iraq and blamed Washington for violence in the neighbouring country.


The US military carried out air strikes on Sunday against the Kataib Hezbollah militia in response to the killing of a US civilian contractor in a Friday rocket attack on an Iraqi military base. The attacks sparked angry scenes at the US embassy in Iraqi capital Baghdad but Donald Trump accused Iran of orchestrating the violent protests and warned Tehran would be held responsible.Iran ‘will be held responsible’ for attack on US Embassy


Ayatollah Khamenei said: “The Iranian government, nation and I strongly condemn the US attacks. Again that guy Trump has accused Iran for the attacks.

“You cannot do a damn thing. If you were logical, which you are not, you would see that your crimes in Iraq and other countries have made nations hate you.


“If Iran decides to confront a country, we will do that openly. If anyone threatens our nation’s interests we will fight back without any hesitation.” 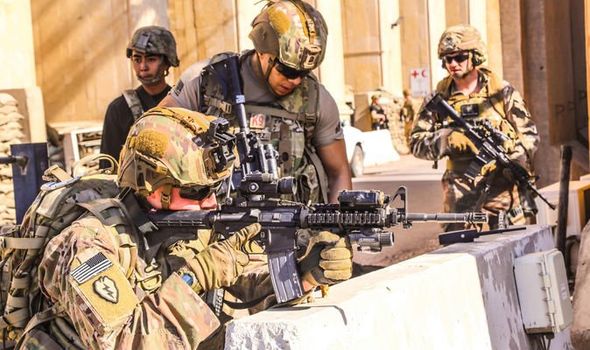 US troops take up position on the roof of their embassy in Baghdad (Image: REUTERS)

Tensions have reached boiling in Baghdad where hundreds of Iraqi militiamen and their supporters hurled stones at the US for a second day today.

The protests, led by Iranian-backed militias, mark a new turn in the shadow war between Washington and Tehran playing out across the Middle East.

Mr Trump has threatened to retaliate against Iran. 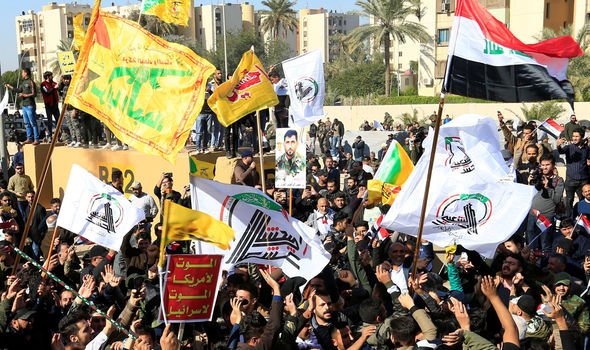 Protestors descend upon the US embassy in Baghdad (Image: REUTERS) 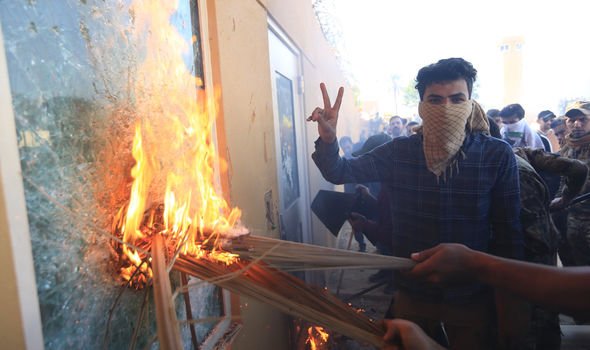 Protestors try to set fire to the US embassy in Baghdad (Image: REUTERS)


He tweeted: “Iran will be held fully responsible for lives lost, or damage incurred, at any of our facilities.

“They will pay a very BIG PRICE! This is not a Warning, it is a Threat.”

The protests also cast uncertainty over the continued presence of US troops in Iraq. 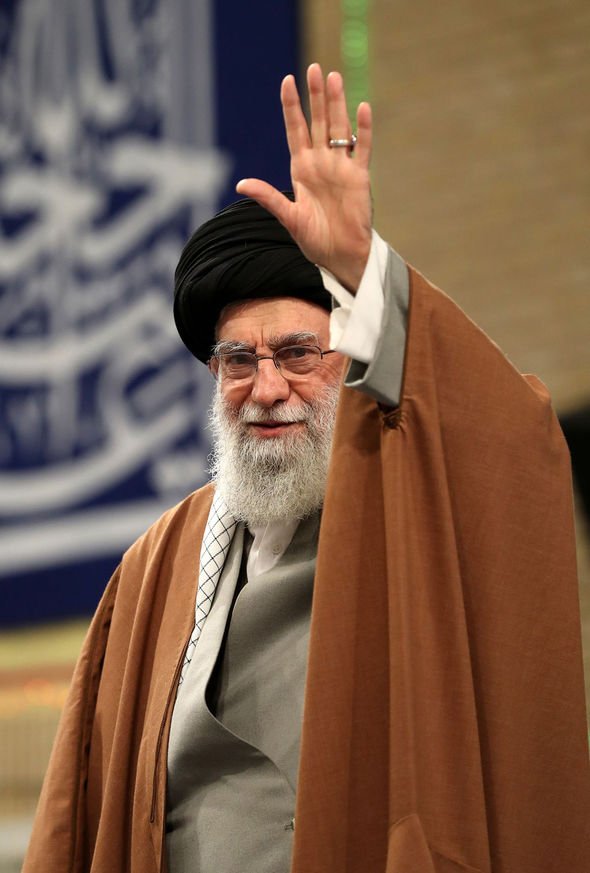 Overnight, demonstrators pitched tents and camped outside the embassy walls.

This morning they were bringing in food supplies, cooking equipment and mattresses, suggesting they intended to stay for a long time.

Senior Iraqi army officers had negotiated with those gathered outside the embassy in an attempt to convince them to leave but failed to do so.

Washington is putting pressure on Iraqi leaders to ensure the security of its staff.

The incident marked a sharp escalation of the proxy conflict between Washington and Tehran - both influential players in Iraq - while mass protests are challenging Iraq’s own political system nearly 17 years after the US invasion that toppled Saddam Hussein. 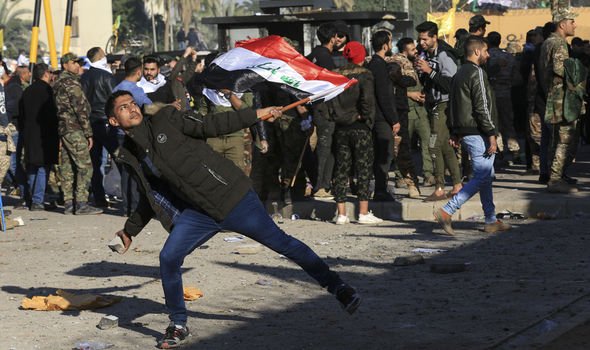 Militiamen and their supporters pelted the US embassy with rocks and stones (Image: REUTERS) 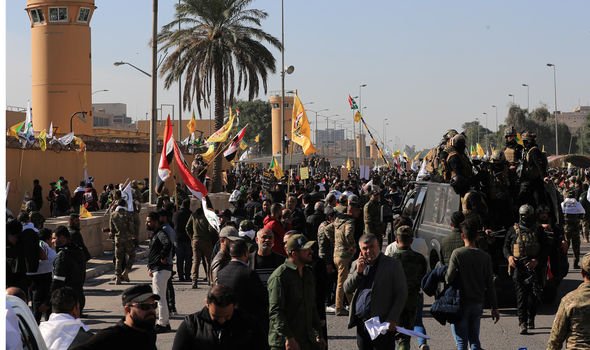 The US embassy protests have entered a second day (Image: REUTERS)

The protests followed US air strikes on bases operated by the Iranian-backed militia Kataib Hezbollah inside Iraq which killed at least 25 fighters and wounded 55.

Officials said more US troops are being sent to beef up security at the embassy.

More than 5,000 US troops are stationed in Iraq supporting local forces.

The air strikes have galvanised calls inside Iraq to expel US forces, not just from Iran-backed militias but also their political rivals.
at January 01, 2020

Email ThisBlogThis!Share to TwitterShare to FacebookShare to Pinterest
Labels: Iran vs US, Rondoids