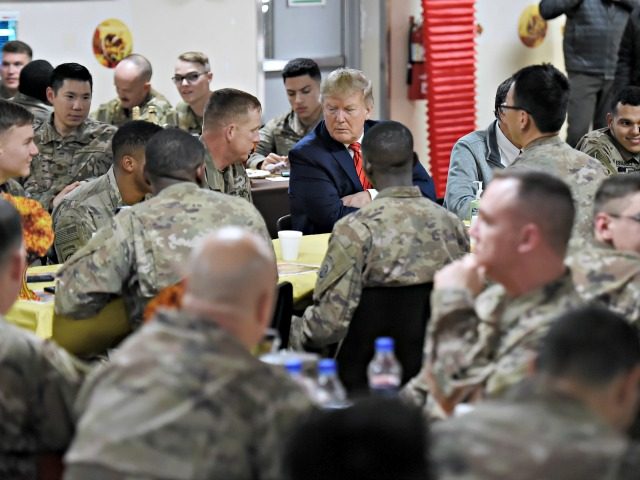 
Newsweek has fired the journalist who was responsible for the false story that President Donald Trump spent Thanksgiving “tweeting” and “golfing,” when in fact the president was secretly traveling to Afghanistan to surprise U.S. troops for the holiday.

Newsweek told Breitbart News in a statement that the magazine has moved away from
“knee-jerk political snarkiness” to focus on real reporting.

A Newsweek journalist was terminated Friday after an article entitled, “How is Trump Spending Thanksgiving? Tweeting, Golfing, and More” by Jessica Kwong was published Thursday morning. The piece sparked major backlash, as President Trump had actually been landing in Afghanistan, where he surprised American troops for Thanksgiving.

“The problem with this story is that it didn’t contain reporting,” said a Newsweek spokesperson to Breitbart News in a statement. “It was published before Thanksgiving was over. We are trying to pull Newsweek away from that, and into reporting.”

The article was later updated to reflect the president’s visit, changing the headline to: “How Did Trump Spend Thanksgiving? Tweeting, Golfing–and Surprising U.S. Troops in Afghanistan,” along with an added footnote stating that the story had been “substantially updated and edited at 6:17 p.m. EST to reflect the president’s surprise trip to Afghanistan” via additional reporting by James Crowley.

In an email statement to Breitbart News, the spokesperson added the following:

Newsweek investigated the failures that led to the publication of the inaccurate report that President Trump spent Thanksgiving tweeting and golfing rather than visiting troops in Afghanistan. The story has been corrected and the journalist responsible has been terminated. We will continue to review our processes and, if required, take further action.

“From the start of her tenure as editor in chief of Newsweek, Nancy Cooper has moved the newsroom toward strong reporting, such as the scoop on Baghdadi’s killing, and away from knee-jerk political snarkiness,” added the spokesperson. “This story did not meet the standards she has set.”

Newsweek also confirmed to Breitbart News that the journalist was terminated specifically for the inaccurate Thanksgiving story about President Trump.

With regards to any editors or other individuals who were involved in the process of publishing the piece, the spokesperson said that Newsweek is “still continuing review, and will take further action if necessary.”
You can follow Alana Mastrangelo on Twitter at @ARmastrangelo, and on Instagram.
at December 01, 2019