Sometimes, all it takes is a mail carrier with a heart of gold. That’s exactly what happened when a woman in Pennsylvania noticed an especially heartbreaking letter to Santa. 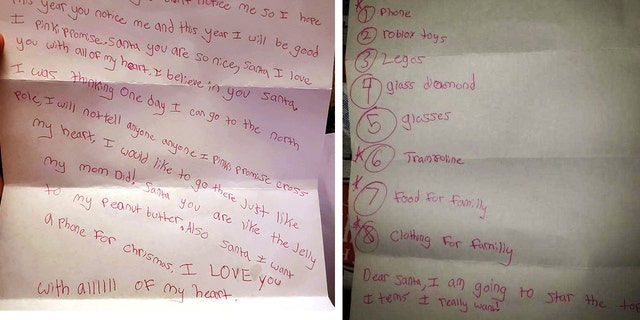 “Dear Santa," read the letter, "last year you didn’t notice me, so I hope this year you notice me and this year I will be good.” (Courtesy of Melissa Stinsman)

Melissa Stinsman, a worker for the Bloomsburg Post Office, helps answer letters written to Santa, Yahoo Lifestyle reports. During the holidays, she volunteers to spend about four hours a night ‘helping’ St. Nick answer the mountain of letters he receives during the holidays.

"I usually tell the kids to keep up their grades and to listen to their parents,” Stinsman told Yahoo Lifestyle. “One asked for a science kit so I told him that one day, he could become a scientist.“

One child’s message to Santa, however, really stood out to her. Inside the envelope, which contained three letters, she found a note that read, “Dear Santa, last year you didn’t notice me, so I hope this year you notice me and this year I will be good.”

Also included was a list, which included typical items like Legos and various toys, but also ended with two unusual requests: food for his family and clothing for his family. The envelope also included a list from the boy’s 5-year-old brother. 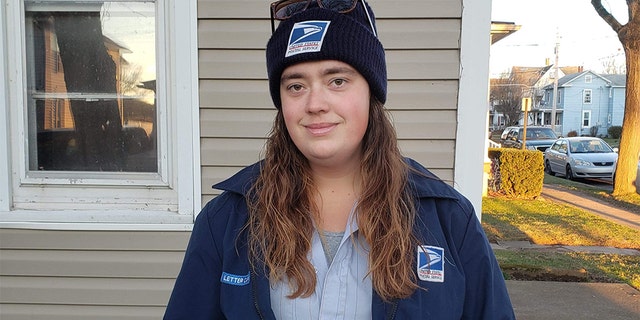 While the letter didn’t have a return address, the young boy included his full name. After asking her coworkers, she found another carrier who recognized the name and they were able to locate the boy’s home.
Stinsman got in touch with the family and started a money pool at the post office. “We raised about $500,” she told Yahoo Lifestyle, “and people dropped off food at the post office.”

The packages were delivered to the family’s house on Christmas Eve. Before dropping off the items, Stinsman said, “I hope the kids will be distracted when I come. I want them to believe they came from Santa.”
Posted by Ron Ernie at 13:12