Quid Pro Quo Not Whippin' It Up Enough So Dum Dems Settle On Bribery! 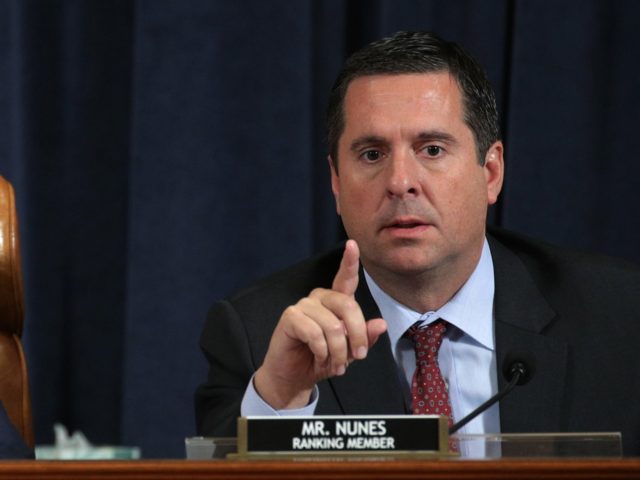 House Intelligence Committee Ranking Member Devin Nunes (R-CA) on Tuesday during the third public hearing of the impeachment inquiry criticized Democrats for settling on accusations of “bribery,” after their claims of a “quid pro quo” “wasn’t polling well.”

“After trying out several different accusations against President Trump, the Democrats have recently settled on “bribery”—according to widespread reports, they replaced their “quid pro quo” allegation because it wasn’t polling well,” Nunes said.

Nunes was referring to a Washington Post report that said the shift from “quid pro quo” to “bribery” came after Democratic Congressional Campaign Committee had conducted focus groups in key House battlegrounds in recent weeks, testing messages related to impeachment.

“According to two people familiar with the results, which circulated among Democrats this week, the focus groups found ‘bribery’ to be most damning. The people spoke on the condition of anonymity because the results have not been made public,” the report said.

The new messaging was first unveiled during Sunday morning shows ahead of the first public hearing.

“We have enough evidence from the depositions that we’ve done to warrant bringing this forward, evidence of an extortion scheme, using taxpayer dollars to ask a foreign government to investigate the president’s opponent,” he said on CBS News’s Face the Nation.

Rep. Jackie Speier (D-CA), a member of the House Oversight and Government Reform Committee, accused Trump of “bribery or treason.”

“Because you have an elected official, the president, demanding action of a foreign country in this case, and providing something of value, which is the investigation, and he is withholding aid, which is that official act,” she said on ABC News’s This Week.

“And the Constitution is very clear: treason, bribery, or acts of omission. In this case, it’s clearly one of those,” she said.

“I have two problems with quid pro quo,” he said on NBC News’s Meet the Press. “Number one, when you’re trying to persuade the American people of something that is really pretty simple, which is that the president acted criminally and extorted in the way a mob boss would extort somebody, a vulnerable foreign country, it’s probably best not to use Latin words to explain it.”

He said the distinction between “quid pro quo” and a word like “extortion” will be critical during the public hearings.

He said, “What they’re going to hear is they are going to hear immensely patriotic, beautifully articulate people telling a story of a president who — let’s forget quid pro quo, quid pro quo is one of these things to muddy the works — who extorted a vulnerable country by holding up a military aid.”