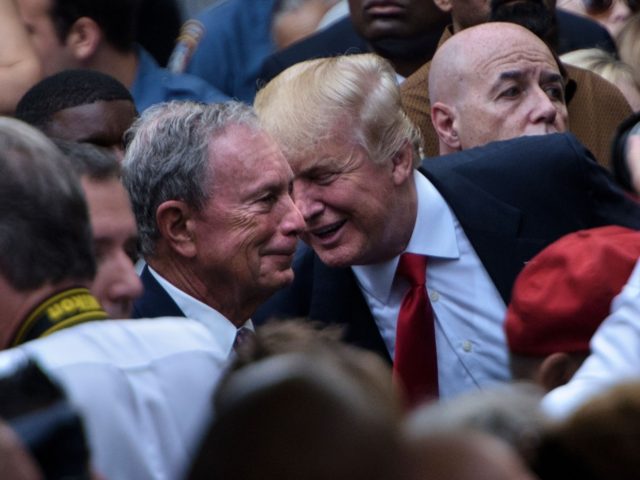 “He will not do very well, and if he did I’d be happy, there’s nobody I’d rather run against than little Michael, that I can tell you. ” Trump told reporters as he left the White House for a trip to Atlanta.

But Trump did not appear confident that Bloomberg would do well in the Democrat primary asserting that the former liberal New York City mayor did not have the “magic” to win the primary. He also alluded to Bloomberg having “personal problems” that would hurt his campaign.

“He’s not going to do well, I think he’s going to hurt Biden actually but he doesn’t have the magic to do well,” he said. “Little Michael will fail, he’ll spend a lot of money, he’s got some really big issues, he’s got some personal problems, he’s got a lot of other problems.”
Trump said he knew Bloomberg “pretty well,” and recalled that the former mayor had said positive things about him before he ran for president.

“I’ve known Michael Bloomberg for a long time,” he said. “He’s said a lot of very great things about Trump.”
Bloomberg would run as a Democrat, despite his political history of identifying himself as an independent, but would face an uphill climb to qualify for the Democrat primary debates.
at November 08, 2019