Do you take hours to make a simple decision? You may have Fobo

Fear of missing out has a more anxious sibling and could stop you going to social events – or buying your Christmas turkey.
Here’s what is behind fear of better options 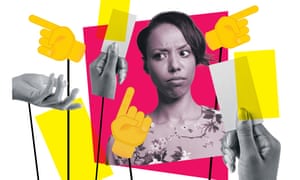 
Recently, Mike Hall, 48, a management consultant based in Winchester, decided to get ahead with Christmas preparations. “Do I buy the free range bronze turkey for 10-12, or 12-14, even though there are only seven of us for Christmas Day?” he wondered, attempting to tot up all the different variables. “What about leftovers? Should I buy two turkey crowns instead? And which ones?” Such granular decision-making went on and on, until eventually he gave up in exhaustion. He has not yet bought a turkey.

Indecision when the decision is simple, or the options all acceptable, is the defining characteristic of “fear of better options” – or Fobo – a social phenomenon coined by Patrick McGinnis, a US venture capitalist and the man known for coining the term Fomo, or fear of missing out. Fobo can occur everywhere from minor decisions – what to watch on TV, what to eat for dinner – to more significant ones such as whether to take a new job. Whatever the case, a Fobo-afflicted person may find themselves overwhelmed by the possibilities of what might be (some call this “analysis paralysis”) even when no outcome is guaranteed, and when some of those options aren’t even on the table.

A common example may be figuring out what to do on Friday night. Sure, the invitation to hang out with work colleagues is convenient and guaranteed to be enjoyable, but there is another party across town where something even more fun might be happening. Then there’s someone on Tinder who floated Friday night as a possible date, while your flatmates are heading to a restaurant opening.

Someone with Fobo is likely to hold back on commitment, or commit then cancel.

“I bail at the last minute, all the time” says Aoife O’Donaghue, 24, a recent graduate based in Edinburgh. Such dithering can be exhausting for friends and family who depend on someone for a firm commitment, and bring stress to the person themselves. 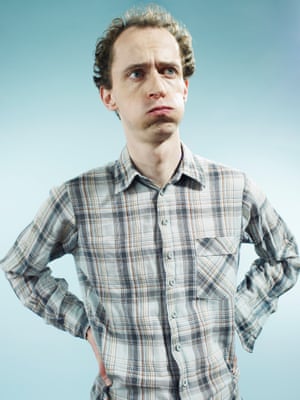 For O’Donaghue, it’s always the smallest decisions she has the hardest time making. She describes a time at university where she was trying to figure out where to study - the library or a cafe. “I was thinking, ‘Will I work better in one place? Would I like a cup of tea? Will there be enough seats?’” O’Donaghue describes working herself up over this for 15 minutes until she had a stress-induced stomach ache. “I ended up going to the library, and then to the cafe. So it didn’t even really matter” she laughs ruefully.

So what’s going on? McGinnis, who has been researching Fomo and Fobo over several years for his forthcoming book, and for his podcast Fomo Sapiens, argues that Fobo is not necessarily a new human behaviour. “These feelings are biologically part of who we are. I call it the biology of wanting the best. Our ancestors a million years ago were programmed to wait for the best because it meant they were more likely to succeed.”

But the mass introduction of sophisticated technology and the internet has accelerated Fomo and Fobo into a common social behaviour. After all, we are now able to easily compare ourselves with each other (thus producing feelings of Fomo) and overwhelm ourselves with choice (producing Fobo).

“Go on Amazon to buy a pair of white shoelaces and you have in excess of 200 choices, whereas 50 years ago you would go to Woolworths and choose between three,” says McGinnis. “So that’s the context. The other factor – which is more emotional – is that Fobo is driven by narcissism, because when you have Fobo, you’re putting your own interests well before anybody else’s, which leaves all the people around you on hold.”

Get Society Weekly: our newsletter for public service professionals

McGinnis himself experienced feelings of Fomo and Fobo when he coined the terms in a Harvard Business School paper 15 years ago.

“Harvard is a place unlike others in terms of the amount of opportunities you have – classes, social events, interviews – at your disposal,” he says. “I came from a simple background – a small town in New England – and when I arrived I found it extremely overwhelming. I wanted to do everything – which is Fomo – but at the same time, I wasn’t willing to say no to anything and just choose one thing, which was Fobo. I would wait until the last minute to see if a better option came along. And I realised that that was a pervasive behaviour at Harvard because of it being a choice-rich environment.”

This is the main difference between Fomo and Fobo. Anyone with a smartphone looking over the often manipulated and unrealistic lives of others on social media might feel Fomo. But Fobo, according to McGinnis, is an issue for the privileged.

McGinnis doesn’t believe that Fobo is restricted to the individual either – large corporations can be affected by it (“a multinational with access to big data can always find a reason to justify not doing something”), and so can countries.

“I have come to believe that the Brexit situation is Fobo. Fobo is the inability to choose between one of many acceptable outcomes. You may not like Brexit but there are plenty of acceptable ways it could be structured, without going to no deal. But any time Mrs May brought a proposal to the Commons, she couldn’t get a vote because all of the MPs were waiting for a slightly better option.”

On the individual level, though, O’Donaghue is not entirely convinced. “I’m a privileged person, compared with other people. But I don’t think the things I’m choosing between are very luxurious. I’m talking about choosing dinner, or what’s on the telly. Maybe my problem is one of overthinking.”

Decision-making is a complex mental procedure involving several of the brain’s executive functions, that is, the key cognitive processes your brain uses to control your behaviour – from planning to managing impulses. People with conditions such as ADHD and autism, where executive functions can be impaired, may find themselves struggling to choose between options.

But is Fobo just an easy-to-swallow euphemism for something more serious or taboo, such as an anxiety disorder?

Nicky Lidbetter, chief executive of the charity Anxiety UK, doesn’t think so. “It is possible for anxiety to be experienced around many different issues, of which a fear of choosing the wrong option in regards to big life decisions may be one,” she says. “Fear of a better option, however, is more likely to be linked to or a trigger for a pre-existing anxiety condition as opposed to being sufficient to warrant being categorised as an anxiety disorder in its own right.”

So for those without pre-existing conditions, what exactly is everyone afraid of? What is the “fear” in Fobo?

McGinnis says it is a “fear of letting go”. “In order to choose something you must let go of another thing and it’s the fear of having to mourn the road untaken. So we would rather not decide at all and keep all of our options open.”

There is some psychological foundation to this. Some psychologists have found that when it comes to decision-making, people can be split into two groups: “maximisers” or “satisficers”. Maximisers are people who make a choice based on maximum benefit later on, while satisficers (a portmanteau of “satisfied” and “sufficed” first coined by the Nobel laureate Herbert Simon in 1956) will make choices based on a modest criteria.

Maximisers, for example, may pay more for a bigger car than they actually need in case they want a bigger one in future, whereas a satisficer is likely to pick the car that is good for now. Maximisers set themselves high standards and are disappointed when they fail to reach them, lingering on what was lost rather than what they have. Both have been the subject of many studies, but one from 2011 conducted by a team led by Joyce Erlingher from Florida State University and published in the journal Personality and Individual Differences aimed to explore whether “maximisers show less commitment to their choices than satisficers in a way that leaves them less satisfied”. That is, are maximisers more likely to be unhappy with their choice, once they finally land on it? Their conclusion: a resounding yes. “Maximisers miss out on the psychological benefits of commitment,” the authors say. “Current research is trying to understand whether they can change. High-level maximisers certainly cause themselves a lot of grief.” 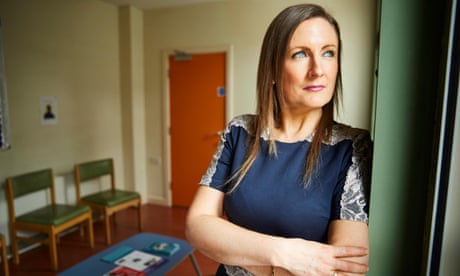 Nicky Lidbetter: ‘My anxiety has been a motivator’

Whatever the case, for McGinnis, correctly identifying this phenomena and giving it a name is crucial in changing these behaviours, which he sees as being “destructive”.

“It’s my view that Fomo isn’t all bad because Fomo can be that little whisper in your ear that we should try something different. If you see your friend starting a business on the side, or you see your friends going on a vacation to Malta and you feel Fomo, that’s a cue to try something else and open up your perspective. So a little Fomo is fine. But Fobo is not good.”

O’Donaghue however, is not so concerned about tackling her Fobo. “I think its an inherent part of my personality,” she says. “People get used to you being like that if you’re good friends.”

Neither is Hall. “It’s part of who I am, I have always been this way” he says. “Last year, it took four attempts and three hours for me to buy a turkey, looking across M&S, Waitrose, Tesco, Sainsbury’s. In fact, it got so late, they couldn’t even deliver it by the time I chose one.” But he is confident he will get this year’s turkey soon. He has already decided which one.
Posted by Ron Ernie at 14:29