Democrat Willie Brown: ‘No One Thinks 20 Republicans’ Will Vote Out Trump

“Come next year, Trump will have an impeachment victory and quite possibly a solid economy,” Brown concluded. “The Democrats will have — what?” 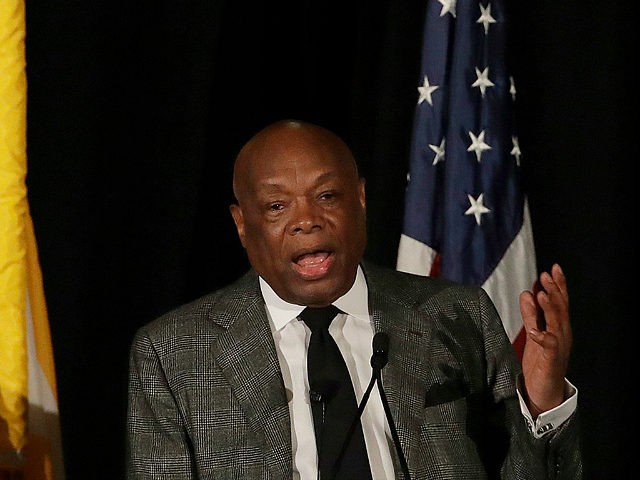 Brown wrote an op-ed for the San Francisco Chronicle charging that Democrats have sidelined their legislative agenda to impeach President Donal Trump, which will come to no avail in the 2020 elections.

“If the goal was to damage President Trump by formalizing the impeachment inquiry, it’s Mission Unaccomplished for House Democrats,” Brown wrote.

Brown wrote that “no one” believes that 20 Senate Republicans, the number of GOP lawmakers needed to flip and convict President Trump, would cast their vote to throw the president out of office.

“And when it gets to the Senate, it will play out just the same way,” he wrote. “Someone like Sen. Mitt Romney of Utah may break GOP ranks, but no one thinks 20 Republicans, the bare minimum who would have to defect to convict Trump, would actually do so.”

“So the Democrats will spend the next few precious months acting out a pretend cliffhanger to which everyone actually knows the script and the ending,” he added.

Brown then chastised Democrats for ignoring their core issue, health care, which gave Democrats and Pelosi the House majority in the 2018 midterm election. In contrast, Brown said that Trump will have survived impeachment and have a great economy, to which Democrats have achieved little to nothing.

The former San Francisco mayor asked rhetorically, “Remember health care, the issue that won so many elections for Democrats in 2018? You might, but they don’t seem to.”

“Come next year, Trump will have an impeachment victory and quite possibly a solid economy,” Brown concluded. “The Democrats will have — what?”

Sean Moran is a congressional reporter for Breitbart News. Follow him on Twitter @SeanMoran3.
Posted by Ron Ernie at 12:39