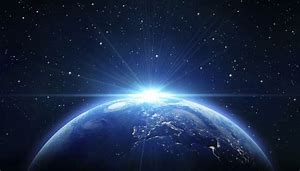 
Corporate Executives Try to Assess Potential Impact of Tax Change Proposals
Companies are studying suggestions by the OECD that would mark a departure from current international tax rules, but details are murky


Corporate tax chiefs are trying to assess the potential implications of a proposal for a new global tax system for consumer-facing businesses, an effort that is being complicated by what some companies describe as a lack of critical details.

The Organization for Economic Cooperation and Development, which is running the initiative, was scheduled to meet Thursday and Friday in Paris to discuss a proposal that would set a standard tax rate for a company’s global operations and allow individual governments to tax profits above that based on sales accounted for by each country.

The new rules would represent a departure from current regulations that look at where companies are based and where they hold patents and brands.

Dubbed the “unified approach,” the rules would apply to companies with annual revenues of more than €750 million ($830 million) in consumer-facing industries, a broad term that includes technology companies—which have been in the spotlight for their tax practices—and other firms selling services and goods to consumers.


Companies—some of which are still working through the OECD’s 2016 framework on base erosion and profit shifting, which abolished various tax loopholes, or the 2017 U.S. corporate tax overhaul—could be required to again make sweeping changes to their global tax structure within a short period.

The OECD aims to have agreement among its 36 member states on the unified approach by 2020.

That has caused high-profile companies and business associations to voice their concerns publicly ahead of this week’s meeting.

“Before deciding on the final proposal, we encourage the OECD to clarify a number of issues,” music-streaming company Spotify AB said in published remarks to the organization.

Ride-hailing company Uber Technologies Inc. said the current consultation document provided by the OECD only provides the framework for a discussion and that more information is necessary to come to an agreement.


Volvo AB, in comments submitted to the OECD, said the lack of detail makes it difficult for the Swedish truck maker to assess the implications of the policy changes.

Seventy-nine percent of tax executives at global companies described the current tax environment as uncertain, according to a recent Ernst & Young survey. Many respondents cited the OECD’s initiative as one of the reasons for the fogginess.

The OECD didn’t immediately respond to a request for comment.

The organization’s proposal follows moves by various countries to implement unilateral digital-services tax regimes to increase receipts from tech giants such as Facebook Inc., Amazon.com Inc. and Alphabet Inc. ’s Google. Some of these firms pay very little tax in European countries even though they book substantial revenue there.

Global tax rates for U.S. multinational companies are likely to go up as part of the OECD’s proposed changes, said Michael Lebovitz, a partner in law firm Mayer Brown’s tax transactions and consulting practice without specifying how significant the increase could be.

Questions remain about the scope of the proposed framework, said Sandy Bhogal, a partner at law firm Gibson, Dunn & Crutcher LLP. There is particular confusion about what would be considered as a consumer-facing business, he said.

Defining a consumer-facing business as any business that markets or supplies consumer products or services—as suggested in the OECD proposal—would go too far, Volvo said in its statement.

Amazon stated that a new international tax regime should be applicable to all types of businesses instead of ringfencing the digital economy, according to a comment letter signed by Kurt Lamp, the company’s vice president for global tax.

Some companies are worried about existing unilateral digital service taxes and whether they will be withdrawn should there be an OECD-wide agreement.

Countries should commit themselves not to pursue or should cancel competing unilateral measures as a condition for a multilateral agreement, Mr. Lamp said in his comments.

Companies also told the OECD they are worried about how disputes between countries over the application of the rules would be resolved.

“It is vital that a robust and binding arbitration process is developed which saves companies from being caught in the middle of disputes between tax authorities over profit allocation,” online marketplace Etsy Inc. said in its comments to the OECD.

The OECD will be discussing these and other related issues at its meeting in Paris.
at November 26, 2019