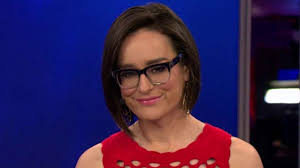 wonders  how Rep. Jerry Nadler, D-N.Y., who she called the former “face of impeachment,” had seemingly been replaced as “the grownup in the room” by Rep. Adam Schiff, D-N.Y, who she described as “an emotional child.”

President Trump's best counterattack against the Democrats' impeachment inquiry is to focus his criticism on Rep. Adam Schiff, D-Calif., according to Guy Benson.

Schiff, the chairman of the House Intelligence Committee, is not a credible figure in the probe, Benson said Friday on "Special Report."

"I think it's smart... if you're from the White House perspective in terms of how to fight back on this, to make Schiff front-and-center. I don't think he is a credible person."

Benson, a Fox News Radio host, claimed the southern California lawmaker has been dishonest on occasion and is a "lightning rod" in Congress.


Democrats will 'stop at nothing to impeach Trump' but can't define latest 'crime,' GOP lawmaker says

Ken Starr: 'Let's grow up and have a real democratic process'

"To focus a lot of the response onto him is wise," he said.

However, Benson also said the White House still has serious questions to answer about the Ukraine situation.

"I'm very much ready for the weekend and I suspect the president might be too," he added.

The sources said ICIG Michael Atkinson told lawmakers in a closed session that the whistleblower did not disclose the contact with the California Democrat's committee and that Atkinson didn’t investigate that contact as he had no knowledge of it.

In a statement after the hearing with the inspector general, Schiff ripped into Republicans, saying they have “continued the president’s strategy of deflection by making the absurd claim that because a whistleblower contacted the committee seeking guidance, the committee cannot conduct an investigation into the complaint.”

Fox News' Catherine Herridge and Adam Shaw contributed to this report.
at October 04, 2019