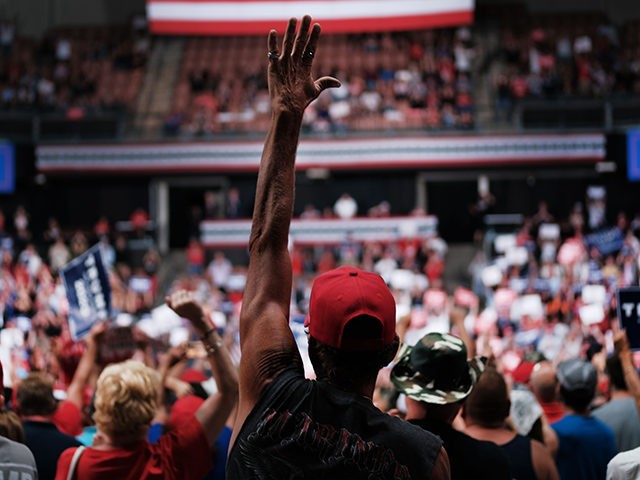 An Economist/YouGov survey shows 25 percent of Republican respondents said they strongly approve of pulling out troops, while 32 percent stated they somewhat approve of the move. Further, 26 percent of Republicans surveyed said they oppose the move and 18 percent said they do not hold an opinion on the matter. The poll surveyed 1,500 people between October 13th-15th and had a margin of error of plus or minus of 2.7 percentage points.

The survey’s results show Republican lawmakers who oppose the troop pullout – such as Sens. Lindsey Graham (R-SC) and Mitt Romney (R-UT) – are at odds with the majority of GOP voters.

Graham, one of Congress’s most high-profile foreign policy hawks, has argued the president’s decision is a “disaster in the making” and “will be a stain on America’s honor for abandoning the Kurds.”

The Department of Defense has argued that continuing to station troops in the area could put American lives at risk.

“Due to Turkey’s irresponsible actions, the risk to U.S. forces in northeast Syria has reached an unacceptable level. We are also at risk of being engulfed in a broader conflict,” said Defense Secretary Mark Esper, before adding that “a small footprint” of troops will stay behind at the Al Tanf garrison in southern Syria. The decision, Esper says, to prevent a re-emergence from ISIS in the area.

Speaking Wednesday to reporters in the Oval Office, President Trump said any military conflict between Turkey and Syria is between the two Middle Eastern countries.

They have a problem at the border; it’s not our border,” the president said.

“If Syria wants to fight for their land, that’s up to Turkey and Syria,” he added. “Syria may have some help with Russia, and that’s fine. It’s a lot of sand. They’ve got a lot of sand over there. So there’s a lot of sand that they can play with.”