Please Do Not Try to Survive on an All-Meat Diet

Here’s what you should know
about the latest carnivore trend. 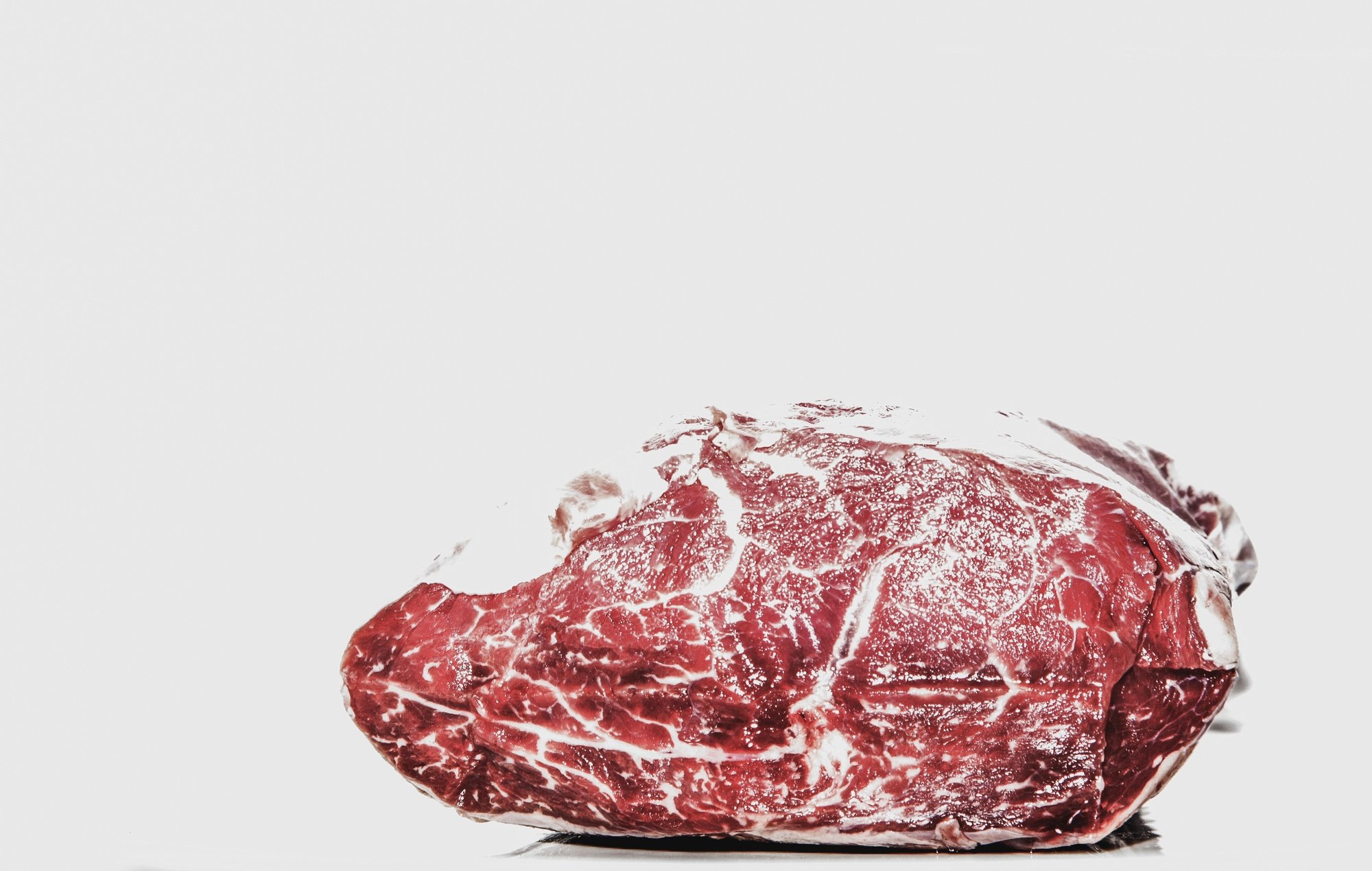 This looks tasty, but would you want to eat only this forever? Photo from Pexels.

If your love of ribeye knows no bounds, perhaps you’d be interested in the carnivore diet. The rules are simple—eat only meat—and the purported benefits seem boundless. More energy. Less body fat. You can even cure your Lyme disease, depression, and rheumatoid arthritis.

Or at least, so say the proponents of the carnivore diet, including Shawn Baker, a former orthopedic surgeon who has been one of the biggest public advocates for consuming only meat. Other high-profile members of the carnivore club (or “tribe” as they call themselves) include Canadian psychologist Jordan Peterson and his daughter Mikhaila. You can read about all the miraculous, really-too-good-to-be-true benefits of gorging yourself daily on pork chops on any number of pro-meat websites, but it’s also spreading out to other areas of media. Instagram. Medium. Facebook. The internet is even more of a sausage fest than usual.

All of these posts claim a scientific basis for their suggestions, so we thought we should take a look at what the evidence really has to say. After all, Shawn Baker had his medical license revoked in 2017 in part for “incompetence to practice as a licensee”, Mikhaila Peterson has absolutely no scientific or medical qualifications, and while her father may be a psychologist, he has no training in nutrition.

What makes their testimonies compelling isn’t really their qualifications, though, it’s their conviction. These are real people who are earnestly saying that switching to a carnivorous diet helped them live better lives. Mikhaila Peterson reportedly had arthritis—now she doesn’t (or at least, she thinks she doesn’t, and that’s really what counts when it comes to pain management). Shawn Baker says he had tendinitis and now says he’s cured. Both say they feel less sluggish. Both say their workouts have improved. It’s tempting to believe them. They say things like “meat contains all the nutrients you need” and “carbs are bad for you” that sound an awful lot like they could be true.

But are they? Let’s start with the question of nutritional content.
There Are Some Nutrients You Just Can’t Get From Meat

You need 13 vitamins in order to live, and though you can actually get most of them from eating a variety of meats, you’re going to miss out on some crucial ones if you totally forego flora. Folate, along with vitamins C and E, pretty much only come from veggies, mostly green leafy ones and citrus. This is why sailors used to get scurvy—not enough vitamin C in their largely fish- and other-meat-based diets. Plus, if you don’t get enough vitamin E your body can’t use vitamin K as well, so even though you’re getting enough from fish, liver, and beef you won’t actually be able to make use of it.

And then there’s the issue of fiber. Meat has no fiber, yet we know that fiber is crucial to a healthy diet. It promotes a diverse, robust microbiome in your intestines, and your microbiome seems to impact everything from your basic digestion to your immune system to your mood. You need fiber, and meat can’t give it to you.

Many proponents of protein-dense diets like this point to cultures that have historically eaten mostly or entirely meat. If they can be healthy, why can’t we? Take the Inuit, for instance, who almost exclusively eat very fatty meats (though they supplement with berries in the short-lived summer). They’re healthy on a diet of blubber and liver. But as it turns out, the Inuit stay healthy because they eat a wide variety of meats, most of which fad-dieters are not consuming. They stave off scurvy by feasting on collagen-rich, vitamin-C-dense whale skin and other fresh, uncooked meats. And the flesh they consume often isn’t mostly protein—it’s about 50 percent fat, much of which is of the healthier, unsaturated variety. The meat you buy in a grocery store is largely saturated fat, since that’s the kind that develops on animals who get little exercise and eat mostly corn.

You could, arguably, take supplements for all of the deficiencies that eating only farm-raised animals brings on. Many of the diet proponents, including all of the people mentioned earlier in this article, do not promote taking supplements because they believe that meat is nutritionally complete. But if you were being smart about it you could certainly improve the diet by adding vitamin pills and fiber powder. Neither of these is as good as getting those nutrients from real, whole foods, but it’s better than nothing.
Red Meat is Problematic For Your Colon and Your Heart

Eating lots of red meat has long been linked to colorectal cancer, along with pancreatic and prostate cancers to a lesser degree. The World Health Organization report on red meats supported that link and backed it up with evidence that, when cooked at temperatures exceeding 300°F, flesh produces certain chemicals that are carcinogenic.

Animal meat also tends to push the balance of our good and bad cholesterol (called HDL and LDL, respectively) toward the bad end. You want more HDL and less LDL, along with low levels of triglycerides. Fatty red meats do the opposite: they raise your LDL and triglycerides while lowering your HDL.

Nutritionists like Teresa Fung, who also served on a panel of experts evaluating diets for U.S. News & World Report, are scared by the levels of animal fat even in diets that involve less than 100-percent meat intake, like keto. Blood cholesterol levels rise quickly, but she says “cardiovascular risks don’t rise in a matter of months.” Instead, they build more insidiously over a long period of time, which can be especially problematic if you’re not starting from a good baseline. “High blood cholesterol for a few months isn’t going to be an issue, especially if you have healthy arteries, but for someone who already has atherosclerosis you don’t want to push it.”

Again, you could try to combat this by eating less red meat and opting for healthier options, like lean poultry and fish, both of which have more nutrients than beef and seem to generally be better for you. Organ meats from all sorts of animals have plenty of vitamins, which can also help supplement your diet in small quantities. But if all you ever eat is meat, eating just fish and chicken could get pretty monotonous.
If You’re Eating Only Meat, You’re Probably Taking in Fewer Calories

This is, most likely, why you lose weight on any diet. Give someone rules that alter their eating habits, especially really strict ones that make it hard to find random things to snack on throughout the day, and they’ll probably end up consuming less overall. Protein is an especially satiating food, so the calories per meal will be much lower than any in which you consume carbs.

If you’re looking to lose weight, cutting calories is obviously a good thing, but you need to do it in a sustainable way. Studies consistently show that most people lose 5-7 pounds per year on a new diet, regardless of the nutritional composition, and that most gain that weight back later. Nutritionists instead advise that you pick a way of eating that you can maintain for life. “Eating is a lifestyle,” Fung says. “It’s not the kind of thing where you get to where you want and then just stop.”
But Don’t Eat Only Vegetables Either

Pretty much any extreme diet is going to be problematic. Fruit may be good for you, but if all you ever ate was fruit you’d end up with serious nutritional deficiencies. Even vegans, who generally still eat a diverse group of foods, have trouble getting certain nutrients like vitamin B12, which our bodies aren’t very good at absorbing from plant sources.

It’s not flashy, but panels of experts consistently recommend consuming a wide variety of foods, all in moderation. And yes, that can include meat. But you should sneak yourself a few veggies in there when you can.
Posted by Ron Ernie at 21:26

Email ThisBlogThis!Share to TwitterShare to FacebookShare to Pinterest
Labels: All Meat Diet, Bad For Health, Rondoids