James Clapper on DOJ Criminal Probe: I Could Be ‘One of Those Under Investigation’ 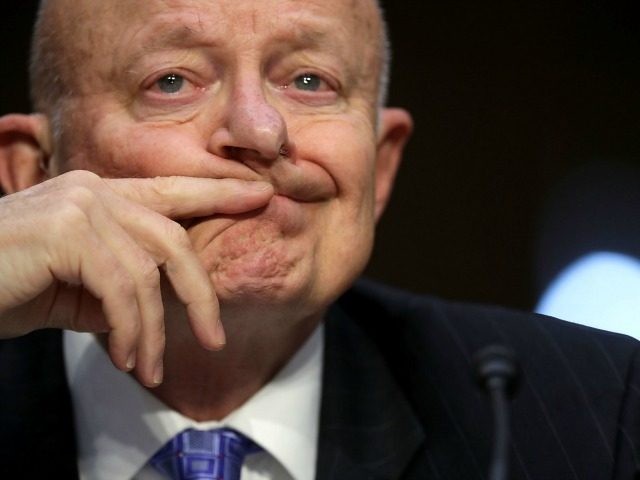 Appearing Thursday on CNN’s AC360, former Director of National Intelligence James Clapper said he believes he is a subject of the Department of Justice’s newly-launched criminal investigation into origins of the Trump-Russia probe.

A partial transcript is as follows:

ANDERSON COOPER: Director Clapper, as the man who was there and oversaw the launch of the Russia investigation, what do you make of [the DOJ’s criminal probe?]

DNI JAMES CLAPPER: I’m very curious, since presumably, I guess, I’m one those under investigation.

COOPER: And you just heard about this?

CLAPPER: Yes, I just read the clip about 20 minutes ago. I found the timing interesting, given the increasing heat around the impeachment inquiry. The timing is interesting. I’ll just let it go at that. And the other thing I wonder about is whether we’re talking about the overall investigation of the Russia interference or are we talking about the counterintelligence investigation that was launched in July by the FBI about potential engagement or collusion between the Russians and the Trump campaign. What is the alleged criminal activity that prompted this?

COOPER: Do you have any idea what they might think might rise to the level of a criminal offense?

CLAPPER: No, I don’t. That’s obviously an item of great interest to me. What is it that any of us did that would rise to the level of a criminal infraction? I just don’t know.
Not sure what you did wrong?
Don't worry,
it will be spelled out in detail in your indictment.
at October 25, 2019

Email ThisBlogThis!Share to TwitterShare to FacebookShare to Pinterest
Labels: Clapper, Rondoids, Under Invistagation