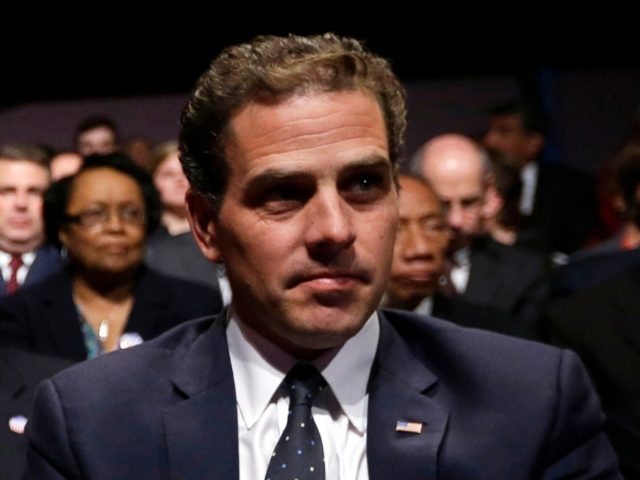 Hunter Biden is walking away from the board of a Chinese-backed private equity company as part of a public pledge to disavow all foreign work if his father, former U.S. Vice President Joe Biden, gains the presidency in 2020.

Joe Biden’s second son made his move after a month of pushing by U.S. President Donald Trump who has publicly highlighted the perceived – and real – conflicts of interest represented by Biden’s work in Asia.

A statement released on his behalf by his legal counsel George Mesires said his relationship with the management company of a private equity fund that’s backed by Chinese state-owned entities will end within weeks.

The 49-year-old doesn’t state whether he will be divesting from BHR (Shanghai) Equity Investment Fund Management Company. The company was set up in 2013 to invest Chinese capital outside of China.

Instead the young Biden pledged he wouldn’t work for any foreign-owned companies or serve on their boards during a potential Biden administration.


“Hunter always understood that his father would be guided, entirely and unequivocally, by established U.S. policy, regardless of its effects on Hunter’s professional interests,” the statement said. “He never anticipated the barrage of false charges against both him and his father by the President of the United States.”


“He doesn’t know what a gasoline tank looks like,” Trump said, explaining Biden’s son knew nothing about energy despite earning up to $83,000 a month for sitting on a board of a corrupt energy company in Ukraine.


Trump then ripped Hunter for leaving China with $1.5 billion in investments from the bank of China despite knowing “nothing” and mocked the news broadcasts for repeatedly saying that Trump’s claims of corruption were “totally unsubstantiated” … at Biden’s request.

He expressed skepticism Hunter Biden was able to get $1.5 billion in Chinese investments because they thought he was a good investment.

“For a guy to walk in from off the street with no experience, a bad track record, just got thrown out of the navy, and he walks away with $1.5 billion?” Trump said.