"They only have one golf club in that bag -- and it's 'tax the hell out of people.'"


Sen. Elizabeth Warren, D-Mass., got stuck being unable to admit that her "Medicare-for-all" plan aimed at the middle class will hike taxes because such an admission would tank her campaign, said Greg Gutfeld.

That point was very obvious during the 2020 hopeful's appearance with comedian Stephen Colbert on CBS, Gutfeld said Wednesday on "The Five."
"They only have one golf club in that bag -- and it's 'tax the hell out of people.'"

"But," he added, "they can't say it because they're going to lose." 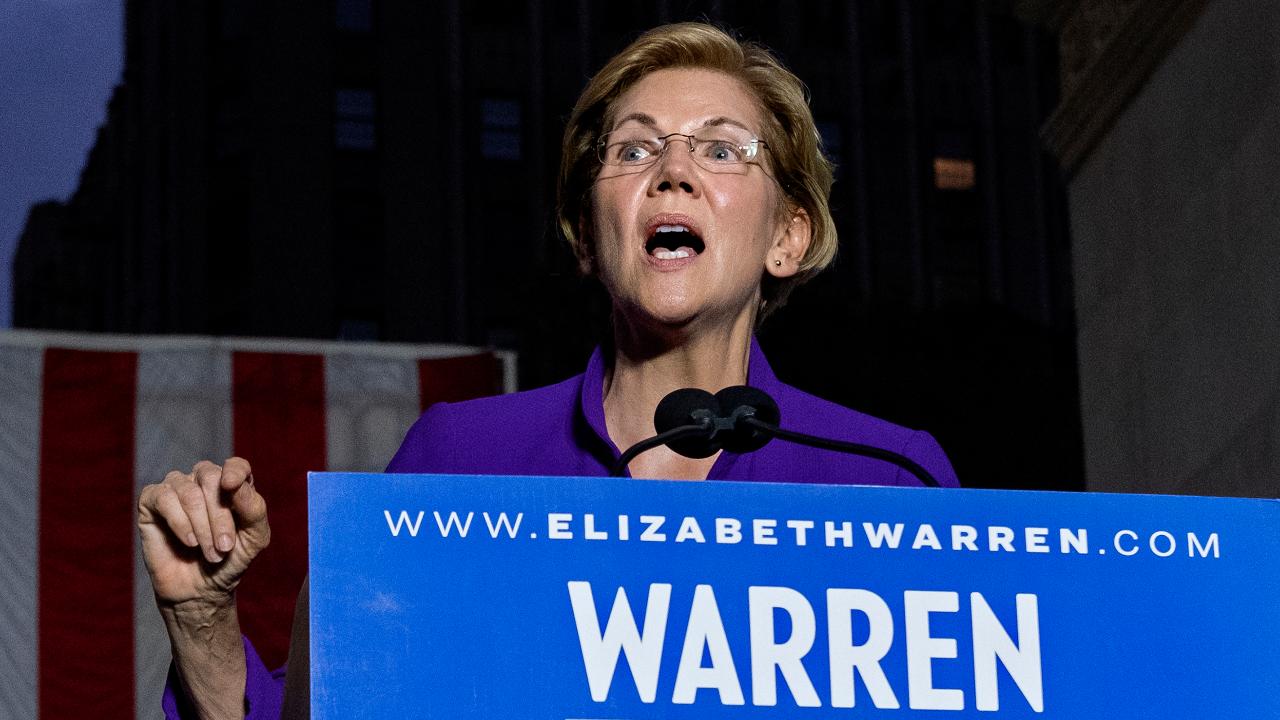 On Tuesday's "Late Show," Colbert told Warren she is consistently being asked how she will pay for her plan.

The Massachusetts Democrat responded by claiming families will "see their costs go down" -- without directly answering Colbert.

In response, Gutfeld repeated how Warren "knew if she said that she's going to tax the hell out of people, she was going to lose."

Hosts Juan Williams and Jesse Watters both agreed Warren should admit her plan would increase taxes.
Posted by Ron Ernie at 10:40