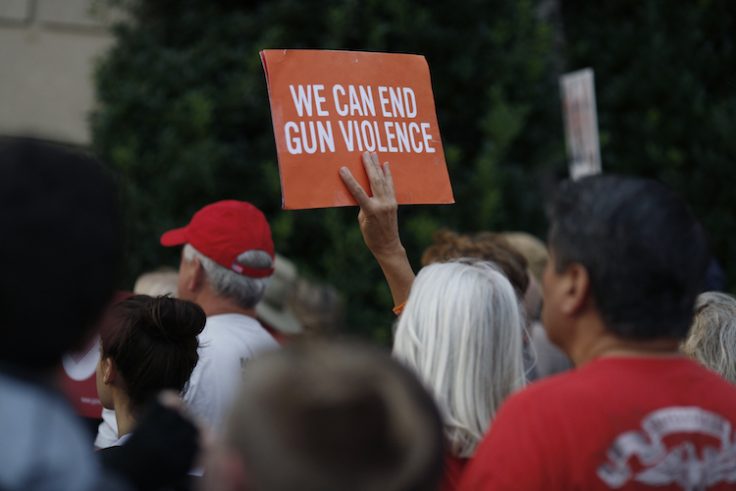 
Two new polls show support for most gun control proposals has receded or remained constant despite a spate of mass shootings.

Polls from Quinnipiac University and an ABC News/Washington Post partnership asked about the gun control debate in America and specific gun control proposals. Both polls showed a general downward trend in support for new gun control measures even in the immediate aftermath of mass shootings in Texas and Ohio.

Neither poll found heightened enthusiasm for any gun control proposal which had been polled more than twice. Instead, they found support for gun control policies either relatively stable or declining, though still substantial.

The September 5 ABC/Washington Post poll found support for "a nationwide ban on the sale" of undefined "assault weapons" fell 6 points from last April. It now sits at 56 percent support, up 9 points from its low in 2015 but a full 24 points down from its high point in 1994, when the federal assault weapons ban went into effect. The August 29 Quinnipiac University poll had similar results on an identically worded question with support dropping 3 points to 60 percent since May 22, 2019, and down 7 points from its highest level on February 20, 2018.

The retreat from high-water marks following the February 2018 Parkland shooting was evident in nearly all of the questions. The Quinnipiac poll found general support for "stricter gun laws" fell 6 points to 60 percent since last February. It also found a 3 point drop in the percentage of people who say "Congress needs to do more to reduce gun violence" from 75 percent last February to 72 percent this September, and a 4 point drop in support for universal background checks over that time.

However, while expanding background checks to cover interstate used gun sales between private individuals has enjoyed consistently high support in polling, it has been far less popular when proposed as ballot initiatives.

Nevada's initiative, which required the FBI to conduct background checks on private sales, was never implemented. The state attorney general determined there was no way for Nevada to force the federal agency to conduct the checks. Instead, Nevada Democrats passed a similar bill along party lines this year that implemented universal background checks without using the problematic language.

The ABC/Washington Post poll also asked respondents if they favored "a nationwide ban on high capacity ammunition clips"—mistaking clips for magazines—and defined "high capacity" as anything capable of holding "more than 10 bullets," despite the fact that most modern handguns and rifles come standard with magazines capable of holding more than 10 rounds of ammunition. The poll found support for a ban increased by 4 points since April 2013 to 60 percent, but also fell 5 points from its highest level in January 2013.

The same poll shows gun ownership levels have remained consistent over the past two decades. It found 46 percent of American adults report having a gun in the home. That's a 1 point drop from last year's all-time high and exactly the same percentage the poll found when it first asked the question in May 1999.
Sales surge 15%, driven by self-protection...

Activists test WALMART request not to open-carry into store...
at September 10, 2019