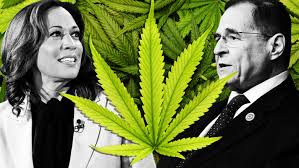 Nadler’s remarks were made as he spoke in Washington, D.C., at one of several global climate strike protests.


“People think, well, the sea leavels are rising, it’ll cost us $100 billion to relocate, two million people will die in Bangladesh in India because that’s bad enough,” Nadler said. “It’s much, much worse.”


“I have a thirteen year-old grandaughter and when I look at her, I get terrified,” Nadler continued. “I don’t know if human life will survive fifty years. We may face, the climate scientists tell us, that we may face the sixth mass extiniction in the history of the globe.”


Nadler then shifted his focus to the acidification of the oceans, which he says will “destroy the entire food chain.”


“If the oceans acidify, which they’re beginning to do, they will destroy the entire food chain and essentially all that will be left will be bacteria and maybe some plants.”