Is That A Pistol In Your Picket Or Are You Just Happy To See Me? 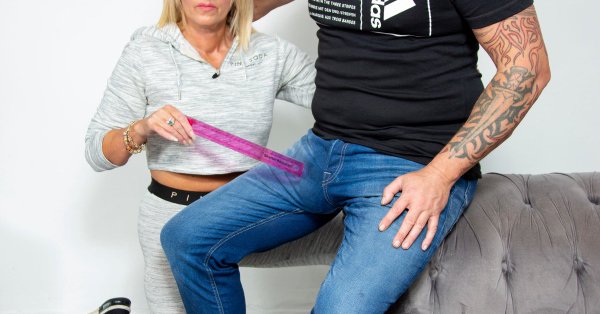 A British man was put in a very awkward situation this week when he was accused of stealing items from a shop and putting them into his pants.
According to The Scottish Sun, Steve Whitehurst was shopping at a store in Stoke-on-Trent, England, when a manager “asked about his bulge.”
The manager accused him of trying to shoplift. Whitehurst claims he “just kept telling her that it was my penis.”

“Eventually I dropped my trousers in front of everyone and just stood there in my boxer shorts and said, ‘See, I’ve got nothing to hide,'” he told The Sun.

Reportedly, she kept pestering him, and he finally went to another room and showed the security guard that he wasn’t stealing anything, and that the bulge was all natural. The store claims that nobody told him he had to show his penis, but that he did it himself.

In America, many places won’t stop you even if they do think you’re shoplifting

And if so, they’d likely just call the police. Getting into an altercation with someone who’s trying to steal can be a very dangerous position to put yourself in.
at September 27, 2019

Email ThisBlogThis!Share to TwitterShare to FacebookShare to Pinterest
Labels: Accused, Has Bulge In Pocket, His Penis, Rondoids, Shoplifter