Hunter Biden Versus Joe Biden: Father and Son Contradict One Another Regarding Ukraine Scandal 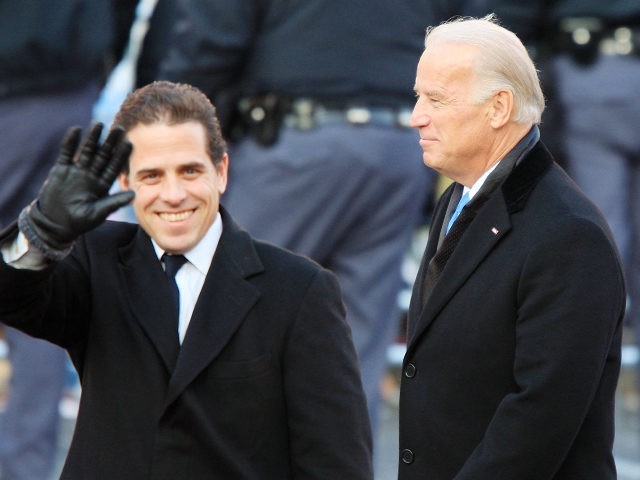 
Joe and Hunter Biden are contradicting each other about the extent of the former vice president’s knowledge regarding his son’s shadowy business dealings in Ukraine.

The former vice president told reporters during a campaign appearance in Iowa on Saturday that he denied ever having discussed his son’s position on the board of directors of Burisma Holdings, a Ukrainian oil and natural gas company.

“I have never spoken to my son about his overseas business dealings,” Joe Biden angrily told reporters, before accusing President Donald Trump of abusing his power by urging the Ukrainian government to investigate the matter.

The former vice president’s claim, however, is contradicted by Hunter Biden’s own words on the topic. The younger Biden admitted during a series of candid interviews for a New Yorker profile published in June that he in fact had discussed his foreign business interests with his father on at least one occasion.

“Dad said, ‘I hope you know what you are doing,’ and I said, ‘I do'” Hunter Biden told the magazine.

The contradicting stories between father and son only underscore the multiple unanswered questions already plaguing the situation. At the center of controversy is how and why Hunter Biden was asked to join the Bursima board of directors in April 2014, despite not having any experience with Ukraine or the energy industry. Even more concerning to ethics watchdogs is the fact that at the same time Hunter Biden was tapped for the $83,000 a month job, his father was the Obama administration’s point man on Ukraine.

As Breitbart’s contributing editor Peter Schweizer noted in his book on the scandal, Hunter Biden joined Burisma at time when the company was seen as actively courting western leaders after its business practices came under scrutiny. The same month Hunter Biden joined the group, the government of Great Britain froze accounts belonging to Burisma founder, Mykola Zlochevsky, under suspicion of money laundering. Zlochevsky, a former Ukrainian minister of natural resources, would later be accused of corruption for using his office to approve oil and gas licenses to companies under his control.

The former vice president became entangled in the matter when he pushed the government of Ukraine to fire the country’s top prosecutor, Viktor Shokin, who was investigating the company and Zlochevsky for wrongdoing in 2016. Officially, Joe Biden claimed his threat to withhold more than $1 billion in U.S. loans to Ukraine came from then-President Barack Obama, who was worried Shokin had lost credibility with western leaders. Regardless of the reason, Shokin’s successor closed the investigation into Burisma and Zchlovesky, allowing the oligarch to return to the country after having fled in 2014.

Despite the shadowy entanglements that seem suggest a conflict of interest, neither Joe Biden nor his son have been willing to address the topic until earlier this week when news broke that Trump had requested Ukrainian authorities to probe the matter. The president defended his decision on Sunday, pointing out there were too many unanswered questions, especially given the Ukraine’s long history of public corruption.

“The conversation I had was largely congratulatory, with largely corruption, all of the corruption taking place and largely the fact that we don’t want our people like Vice President Biden and his son creating the corruption already in the Ukraine and Ukraine has got a lot of problems,” Trump told reporters before departing the White House for Houston, Texas.

Trump added that Joe and Hunter Biden had damaged their credibility by contradicting each other.

“This is a very dishonest thing that Joe Biden did, and then he said he never spoke to his son,” the president said. “Does anybody believe that one? But then he also said long before that he did speak to his son. So he lied again.”
at September 23, 2019