He was 'perfectly healthy' before the mosquito bite. Nine days later, he was brain dead. 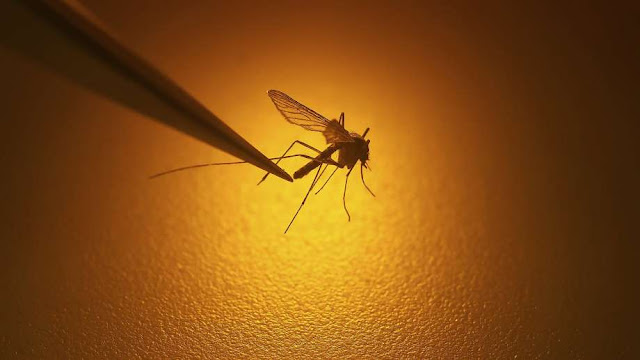 A biologist examines a mosquito. A Michigan man reportedly "went from perfectly healthy to brain dead" in nine days after he contracted the rare, mosquito-borne virus Eastern equine encephalitis during an uptick in cases this year.


A Michigan man reportedly "went from perfectly healthy to brain dead" in nine days after he contracted the rare, mosquito-borne virus Eastern equine encephalitis during an uptick in cases this year.

Officials in Kalamazoo County on September 6 said a resident infected with EEE, also known as "sleeping sickness," had died. The family of Gregg McChesney, 64, identified him to News 8 as the victim and said he had been helping to install docks in a pond less than a month before he died on August 19.

"He was perfectly healthy, happy human being, and within a matter of nine days he went from perfectly healthy to brain dead," McChesney's younger brother, Mark McChesney, told News 8 on Tuesday. "All of a sudden he had a seizure, and next thing you know, he's in the ER and he just never came out of it."

Doctors confirmed several days after the elder McChesney's passing that he had contracted EEE, News 8 reported. McChesney is among at least seven people who were infected with EEE in Michigan in July, according to the state Department of Health and Human Services.

Twenty-one people in six states have been diagnosed with EEE this year, and five people have died, the Associated Press reported. Those counts reflect an uptick from the annual average of seven EEE-related illnesses and three deaths.

Mark Fischer, an expert at the Centers for Disease Control and Prevention, told the AP it was unclear why EEE cases were high this year but that the numbers typically increase once every several years. Most infections happen in the summer, the AP reported.

EEE is most common in eastern and Gulf Coast states and is often transmitted in and around swampy areas, according to the CDC. People older than 50 and younger than 15 are most at risk of becoming seriously ill from the virus.

Most people who become sick will abruptly experience symptoms four to 10 days after a mosquito bite. Typical symptoms includes chills, fever, malaise, joint pain and muscle pain, according to the CDC. Many people who survive are left with brain dysfunction, personality disorders, seizures or other mental and physical issues.

No human vaccine or specific treatment for EEE exists. The CDC advises people to wear long sleeves and pants to prevent mosquito bites, use insect repellent, install screens on windows and doors, and empty standing pools of water to prevent mosquito breeding sites.
at September 19, 2019