BORIS Johnson has publicly denied that he groped a woman's thigh 20 years ago at dinner.

The PM said on a visit to a Manchester business today that the public would rather hear about what he was doing for the country - not his personal life. 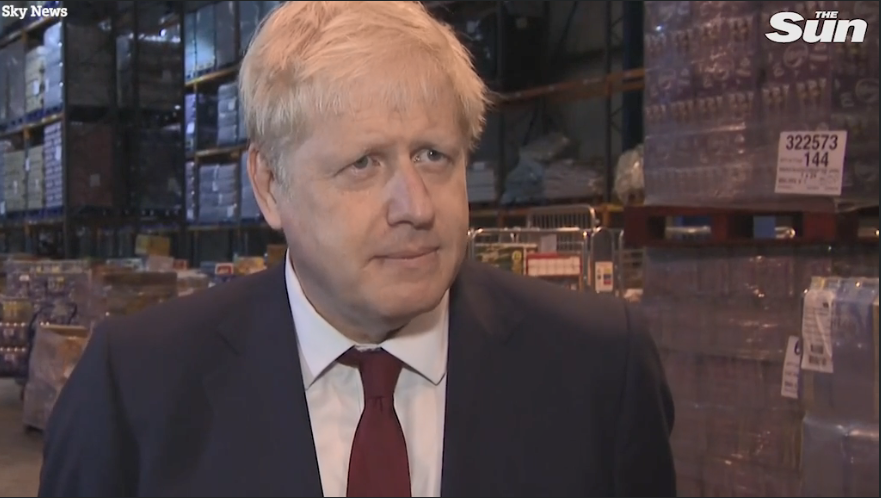 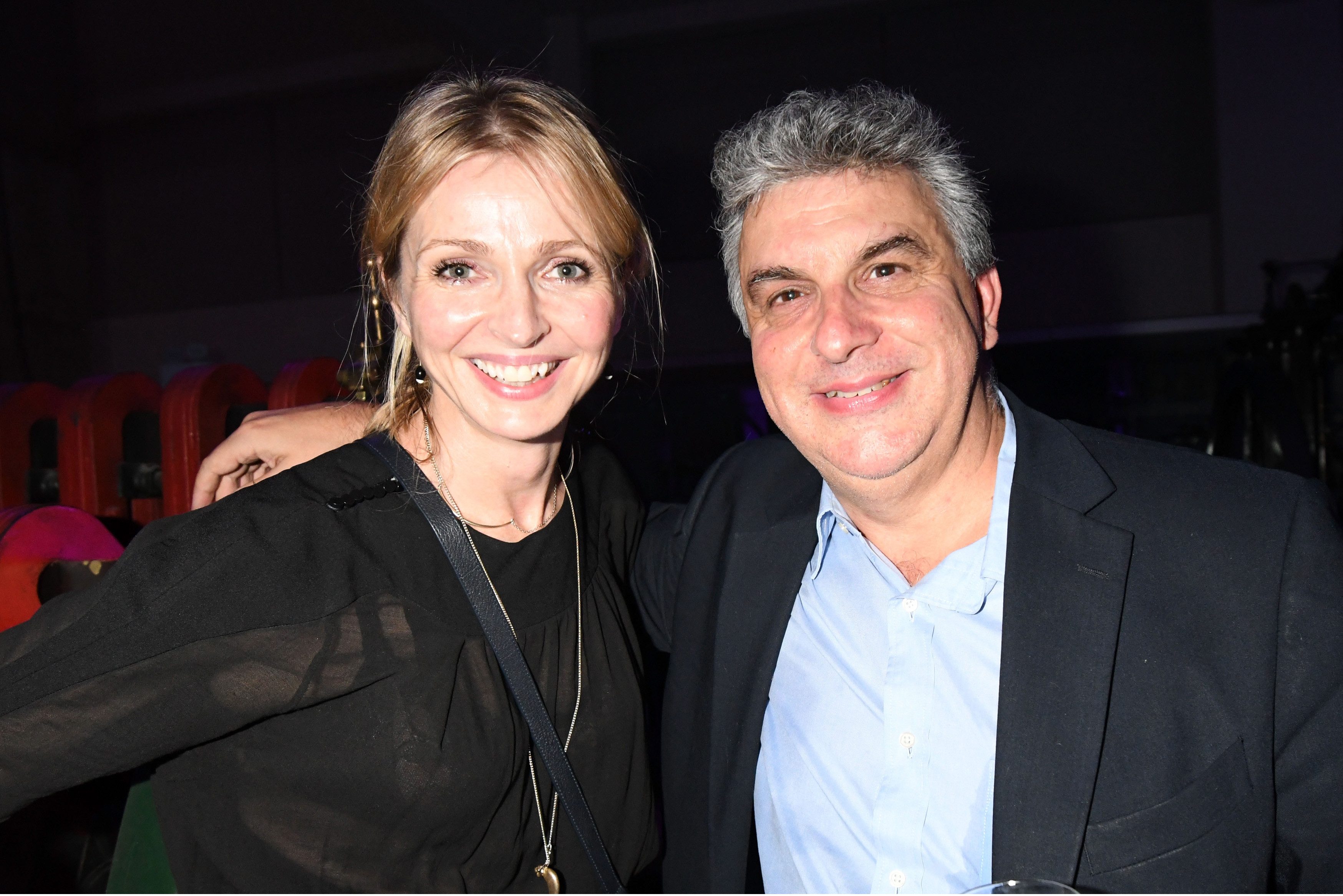 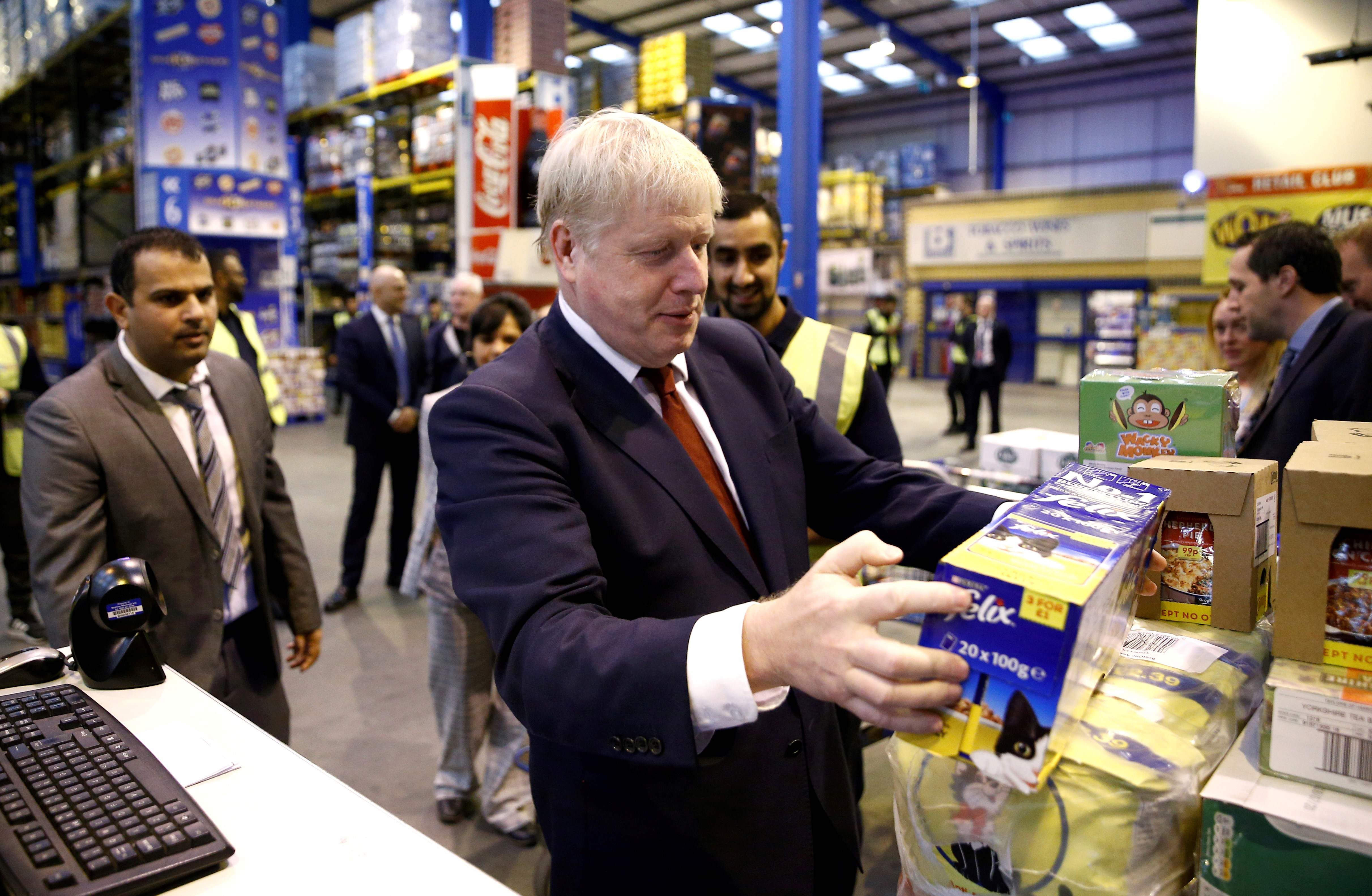 7 Boris examining some cat food this morning - as he personally denied he squeezed a journalist's thighCredit: AFP or licensors

Journalist Charlotte Edwardes claimed yesterday that he had grabbed her thigh - but a raging Boris told his aides: "This is f***ing untrue."

When asked if he had done it today, he said: "No, and I think what the public want to hear is about what we are doing to level up and unite the country."

Asked if she had made it up he said: "I'm just saying what I've said.

"What the public want to hear is what we are doing for them and for the country and the investment in ways of uniting the country."

The Chancellor came out in full support of the PM this morning on the day of his first major speech to the Tory party conference.

Sajid Javid will announce a huge boost for roads, buses and broadband in a multi-billion pound spending spree.

But his first speech in the No2 job risks being overshadowed by allegations about the PM's conduct when he was editor of the Spectator in 1999.

A No10 spokesperson last night denied that he had gripped the thigh of the journalist at a dinner.

They said: "This allegation is completely untrue."

This morning the Chancellor came out to defend Boris.

He told Sky News: "The PM has said that allegation is completely untrue.

"I have never commented on personal allegations against anyone, whether they are a politician or anyone else. I think it would be wrong and inappropriate to do so, so I am not going to do that now.

"I absolutely trust the PM and his word.

"There are these kinds of allegations all the time against all sorts of people, I am not going to get into what should happen."

He refused to say whether there should be an investigation into his conduct.

The PM blew his top as sleaze scandals threatened to engulf No 10.

In her debut Sunday Times column, Ms Edwardes wrote he got “enough inner flesh beneath his fingers” at a lunch to make her “sit suddenly upright”.

She alleged Mr Johnson groped her and another woman when he edited political magazine The Spectator 20 years ago.

She also claimed he did the same thing to another woman at the event.

Today The Sun revealed how Mary Wakefield - wife of Boris' top aide Dominic Cummings - was forced to deny she was the other person referred to.

“I am not the woman referred to in Charlotte Edwardes’s column," she said.

"Boris was a good boss and nothing like this ever happened to me.

"Nor has Charlotte, who I like and admire, ever discussed the incident with me.” 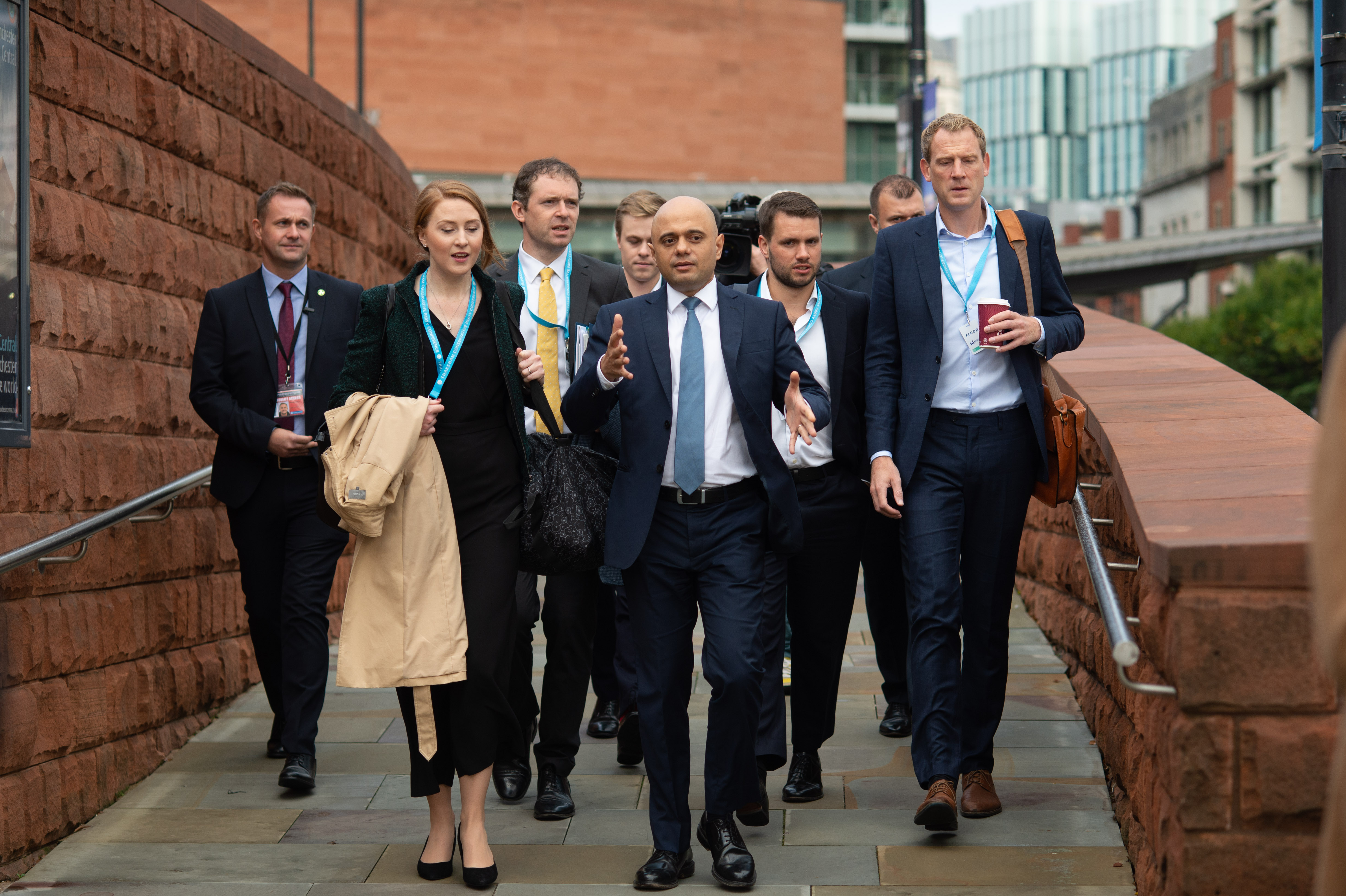 7 Sajid Javid has said he trusts Boris - who has denied he groped a journalist's thigh in 1999Credit: Cavendish Press

CABINET SPLIT
Moments before No 10’s denial, Health Secretary Matt Hancock said: “I know her and I know her to be trustworthy.”

Amber Rudd, who quit as Work and Pensions Secretary earlier this month, tweeted: “I agree with @MattHancock.”

Ms Edwardes tweeted: “If the prime minister doesn’t recollect the incident then clearly I have a better memory than he does.”

Good Morning Britain host Piers Morgan waded into the controversy this morning, telling viewers: "Knowing Boris, nothing would surprise me.

"My favourite joke when I was running newspapers about Boris Johnson was 'a survey asked 10,000 women would you sleep with Boris Johnson and 7,500 said 'never again'."
FRIENDSHIP WITH EX-MODEL

Her company was said to have received taxpayers’ cash while she was in a relationship with the then-Mayor of London.

Asked by the BBC if he declared an interest when the grants were decided, Mr Johnson insisted there was “no interest to declare”.

He was defended by Penny Mordaunt — saying he was just like accident-prone Frank Spencer from ’70s sitcom Some Mothers Do ’Ave ’Em.

Ms Mordaunt, sacked as Defence Secretary by Mr Johnson in the summer, said: “He occasionally has the style of Frank Spencer in a china shop.

"But he’s a decent person. I think he cares a great deal about women and girls.”

Boris' girlfriend Carrie Symonds was seen at a Women2Win event last night with a friend.
at September 30, 2019