Washington (CNN)The news that a whistleblower within the intelligence community filed a complaint about communications between President Donald Trump and a foreign leader shook an already-shaky political Washington on Wednesday night.
While the whistleblower complaint had been an open secret inside the beltway for days, the Washington Post's new reporting that it was tied directly to the President of the United States -- and that Trump had made a "promise" to the foreign leader -- was an absolute bombshell. And yet, for all of the attention the story has, and will attract, there's still a ton we do not know -- and a bunch of questions tied to those lacunae in our knowledge.

1. Who was the foreign leader?

According to the Post -- which cited official White House record -- there were five foreign leaders that Trump interacted with during the immediate period before the complaint was filed: Russian President Vladimir Putin, North Korean dictator Kim Jong Un, the Prime Minister of Pakistan, the Prime Minister of the Netherlands and the Emir of Qatar.
It's worth noting here, of course, that it's not clear whether that is the full list of foreign leaders Trump had contact with during that time or whether the complaint is tied to one of those five. 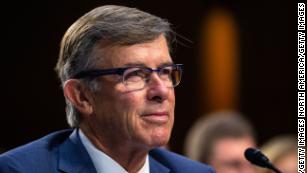 If it is one of those five leaders, there are different levels of danger for Trump and the US. A Putin conversation would be at the top of that list given Russia's attempt to interfere in the 2016 presidential election to benefit Trump. Ditto North Korea. The Netherlands, on the other hand, might be a bit lower on the list of concern.

2. Who was listening to the conversation? Is there recorded audio?

Earlier in Trump's tenure, specific details -- including transcripts -- about contentious conversations with foreign leaders in Australia and Mexico were leaked to reporters, causing significant embarrassment to Trump.
That's a reminder that the President is almost never on the phone alone with a foreign leader. And that the calls are often recorded and a transcript circulated for people who are affected by the conversation but who weren't on the phone. But, while the Post has one source saying it was a phone call that triggered the whistleblower to act, we don't know that for sure yet.
Trump, rising to his own defense, insisted on Twitter Thursday that the presence of other people on the calls was proof he had done nothing wrong. "Virtually anytime I speak on the phone to a foreign leader, I understand that there may be many people listening from various U.S. agencies, not to mention those from the other country itself," Trump tweeted, adding: "Knowing all of this, is anybody dumb enough to believe that I would say something inappropriate with a foreign leader while on such a potentially "heavily populated" call. I would only do what is right anyway, and only do good for the USA!"
Worth noting here: Trump, in May 2017, revealed classified information about spy operations in Syria during an Oval Office meeting with two top Russian officials. So....

3. Were there any actions before or after the incident that force the whistleblower's hand?

All we know at this point is the whistleblower filed the complaint on August 12. And that it was directly linked to a communication between Trump and a foreign leader that, according to the Post, involved a "promise" offered by Trump.

4. Why is the Director of National Intelligence not giving Congress the complaint?

The complaint was filed August 12 to Intelligence Community Inspector General Michael Atkinson. Two weeks later he sent the complaint to acting DNI Joseph Maguire. By law, Maguire was supposed to turn over the complaint to the House and Senate Intelligence Committees within a week.
Maguire has not done so. (Atkinson informed the relevant congressional committees that there had been a whistleblower complaint earlier this month without providing any details.) Citing Justice Department legal advice, Maguire has defended that decision by claiming the complaint involves some in the executive branch and is, therefore, not in his jurisdiction and is not of "urgent concern."
Atkinson is on Capitol Hill Thursday testifying in front of the House Intelligence Committee in closed session. (Atkinson is not, according to CNN reporting, offering any information about the whistleblower case) Maguire, after much wrangling between the two sides, is set to testify in an open hearing next week.

5. Is what Trump did illegal?

Almost certainly not. Even if Trump did disclose classified information in this communication with a foreign leader, he, as the President, has total power to declassify anything at any time. (To be clear: We do not know if the communication involved classified information. In a letter to Congress earlier this week, the DNI's office wrote only that the complaint involved "confidential and potentially privileged matters."
Whether or not Trump broke the law is just one consideration here, of course. Divulging any sort of "confidential and potentially privileged" information to a foreign leader -- as Trump did in May 2017 with the Russians -- could have broad ripple effects throughout the intelligence community including the possible compromising of sources and methods.
at September 19, 2019