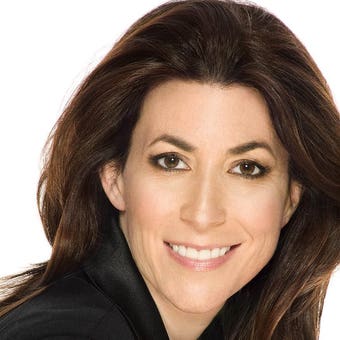 By
Tammy Bruce
The Washington Times

'MediaBuzz' host Howard Kurtz weighs in on how political pundits are proclaiming 'Trump fatigue' and making the case that much of America is growing tired of the president's constant barrage of controversial comments, tweets, insults and declarations.

Democrats and other opponents of President Trump are so consumed with rage at being rejected they’re not even hiding their desire to provoke violence against their objects of hate. Yes, objects, plural.

The public chattering class of Democrats and Republicans who remain apoplectic about Trump’s success and their own pathetic failures hate Trump because they hate the average American who put him in office. The president is the proxy for the American voter and every person who dared to fire the establishment in 2016, and it’s those people who must be dealt with.

Right after the first disastrous Democratic presidential debate, the rhetoric on the left became even more unhinged. Perhaps it’s the natural dread of finally seeing what has become of the party. Looking into the crib and seeing Rosemary’s baby would tend to induce panic.

Take it from Jennifer Rubin. The sort of Republican columnist The Washington Post admires made it very clear on an MSNBC panel who the problem is and what should be done about them — total annihilation is the only answer. After talking about needing to “burn down the Republican Party” because “all his enablers have to lose,” she then got down to business about why there can be no “survivors:”

“We have to level them because if there are survivors — if there are people who weather this storm, they will do it again — will take this as confirmation that, ‘Hey, it just pays to ride the wave — look at me, I’ve made it through.’"


This just a few weeks after the El Paso, Texas, and Dayton, Ohio, mass shootings that shook the country. In the aftermath, we finally had conversations about all the elements contributing to mass murders, including violent imagery and rhetoric, yet no one on that panel consisting of five other people, including host Joy Reid, appeared shocked or felt bothered enough to contradict her rhetoric.

It’s not Trump, per se, who enrages the political class, it’s his supporters. The forgotten man and woman were forgotten deliberately. After all, what do you do with people who don’t use hair gel and end the day with dirt under their fingernails?

Just as Hillary Clinton “forgot” to go to Wisconsin during the 2016 presidential race, the rejected political class of coastal elites decided to just not think about the people who disgust them — the working class, people without a college education, union members, blue-collar workers (and that includes first responders), etc. Anyone who is perfectly happy, and even prefers to live in any city not on a coast is the problem and better off … forgotten.

Someone like radio talk-show host and one-term House member Joe Walsh is especially angry about Trump and sure has found a way to get the attention that had waned in recent years. Walsh was swept into office during the tea party wave of 2010. Allowing the Republicans to take over the House of Representatives, we had some real winners in that election. Walsh was not one of them. He was fired by the voters after one term.

Walsh -- apparently the left’s new, even more unhinged Michael Avenatti -- was rewarded with a New York Times op-ed with which to attack Trump. First, he wrote, “At times, I expressed hate for my political opponents. We now see where this can lead. There’s no place in our politics for personal attacks like that, and I regret making them.” Two short paragraphs later he’s right back at it, expressing his hatred for Trump with ad hominem attacks, calling the president a “racial arsonist who encourages bigotry and xenophobia.”

During an ABC interview, Walsh said of the president, “He’s nuts, he’s erratic, he’s cruel, he stokes bigotry.” As one would expect, that sort of unhinged and bizarre hate can lead to a desire to do violence. An exchange on MSNBC with Nicolle Wallace says it all about her and this latest darling of the unhinged.

Nicolle Wallace: Why do you think you can get farther than the 16 Republicans who ran against Trump?

This from the man positioning himself as the arbiter of all that is decent and good, the champion of the people ready to remove the evil, dangerous crazy man in the White House. But can you blame him when he goes on national television, expresses a desire to physically assault the president, and the first thing the host of the show is interested in is if he’ll do it on TV.

In the meantime, the bar for statements that seem tailor-made to provoke other people to violence against the president was provided by Brian Stelter on CNN’s ironically named “Reliable Sources.” He "interviewed" a psychiatrist who stated, “Trump is as destructive a person in this century as Hitler, Stalin and Mao were in the last century. He may be responsible for many more million deaths than they were.”


These monsters were responsible for what many historians believe is upwards of 60 million deaths, including at least 6 million Jewish people killed by Hitler’s industrialized mass murder. Stelter said nothing challenging that obscene and dangerous comparison.

These are the people who insist Trump is the menace who must be removed. That should tell you everything you need to know about what’s at stake in 2020.
at August 29, 2019