Report: Jeffrey Epstein’s Cellmate Transferred Out on Eve of His Death 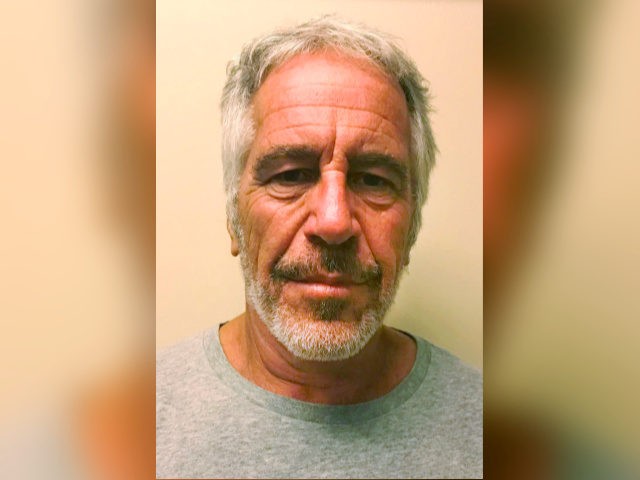 The New York City prison cellmate of Jeffrey Epstein was transferred the day prior to the millionaire investor’s apparent suicide on Saturday morning, according to a report.


Officers should have been checking on Epstein, who was being held in a special housing unit of the Metropolitan Correctional Center in New York City, every 30 minutes, and, under normal circumstances, he also should have had a cellmate, according to the person familiar with the matter and union officials representing facility employees.

But a person who had been assigned to share a cell with Epstein was transferred on Friday, and — for reasons that investigators are still exploring — he did not receive a new cellmate, the person familiar with the matter said Sunday night. That left Epstein, who had previously been placed on suicide watch, alone and unmonitored — at least in the hours before his death — by even those officers assigned to guard him. [emphasis added]

The details of how Epstein died in his Manhattan jail cell over the weekend have yet to be released, but medical officials have performed an autopsy on the high-profile inmate accused of sexually abusing and trafficking young girls.

Epstein’s abrupt death Saturday cut short a criminal prosecution that could have pulled back the curtain on the inner workings of a high-flying financier with connections to celebrities and presidents, though prosecutors have vowed to continue investigating.

Epstein had been denied bail and faced up to 45 years behind bars on federal sex trafficking and conspiracy charges unsealed last month. He had pleaded not guilty and was awaiting trial.

New York City’s chief medical examiner Dr. Barbara Sampson said in a statement that the autopsy on Epstein was performed Sunday. She did not release a determination, saying it was “pending further information.”

According to the Associated Press, the Metropolitan Correctional Center’s Special Housing Unit was staffed with one guard working a fifth-straight day of overtime and another who was working mandatory overtime.

Epstein had been placed on suicide watch after he was found a little over two weeks ago with bruising on his neck, according to the person familiar with the matter. However, he was taken off the watch at the end of July and therefore wasn’t on it at the time of his death, the Associated Press reported.

“For them to pull him off suicide watch is shocking. For someone this high-profile, with these allegations and this many victims, who has had a suicide attempt in the last few weeks, you can take absolutely no chances. You leave him on suicide watch until he’s out of there,” Lindsay said. “It’s too early to say what I think should happen, but if this did occur as we believe that it did, some staff are going to have some hard questions to answer.”

Shortly after Epstein’s death, Attorney General William Barr ordered the Department of Justice’s inspector general and the FBI to investigate the incident.

“I was appalled to learn that Jeffrey Epstein was found dead early this morning from an apparent suicide while in federal custody,” Barr said in a statement. “Mr. Epstein’s death raises serious questions that must be answered. In addition to the FBI’s investigation, I have consulted with the Inspector General who is opening an investigation into the circumstances of Mr. Epstein’s death.”
Last week, more than 2,000 pages of documents were released, related to a since-settled lawsuit against Epstein’s ex-girlfriend by Virginia Giuffre, one of Epstein’s accusers. The records contain graphic allegations against Epstein, as well as the transcript of a 2016 deposition of Epstein in which he repeatedly refused to answer questions to avoid incriminating himself.

The Associated Press contributed to this report.
at August 12, 2019