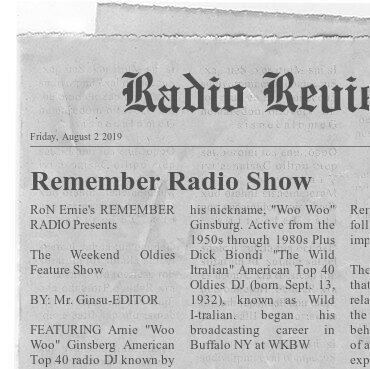 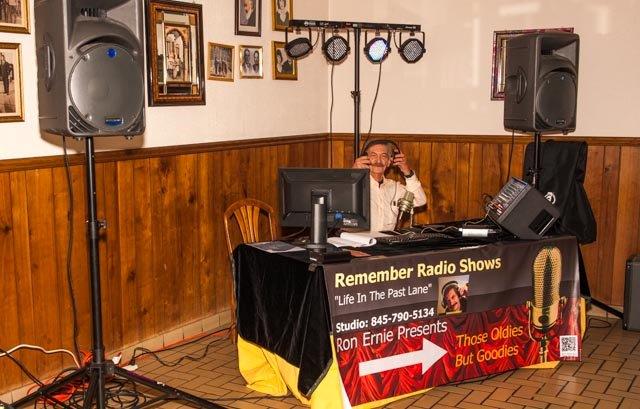 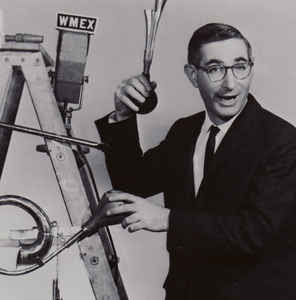 American Top 40 radio DJ known by his nickname, "Woo Woo" Ginsburg. Active from the 1950s through 1980s, popular for his zany on-air personality and use of sound-effects. Worked primarily in and around Boston, Massachusetts at stations WBOS, WMEX, WRKO and WBZ, among others; he is a member of the Massachusetts Broadcasters Hall of Fame.
WMEX Boston
1961

Plus
Dick Biondi "The Wild Itralian" 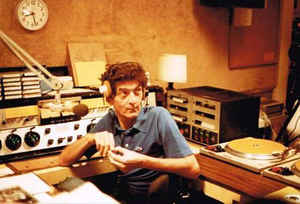 American Top 40 Oldies DJ (born Sept. 13, 1932), known as Wild I-tralian, Big Mouth, The Screamer, began his broadcasting career in NY at WKBW Buffalo. Moved to Chicago at WLS in 1960. Left for KRLA/Los Angeles where launched the Dick Biondi Road Show, joined Mutual Broadcasting System for a syndicated program heard on 125 stations.In early 60s was the nation's #1 disc-jockey with 60% share of the national audience. In 1963 the first DJ in US to play The Beatles. In 1967 back to Chicago (WCFL); once more in 1984 (WJMK). Illinois Governor Pat Quinn proclaims 1st May 2010 "Dick Biondi Day".