Iran Kicks Off ‘Massive’ War Games, Unveils Homemade Russian Missile System 'The drill is a real one because the battlefield, enemy and the fighters are real' 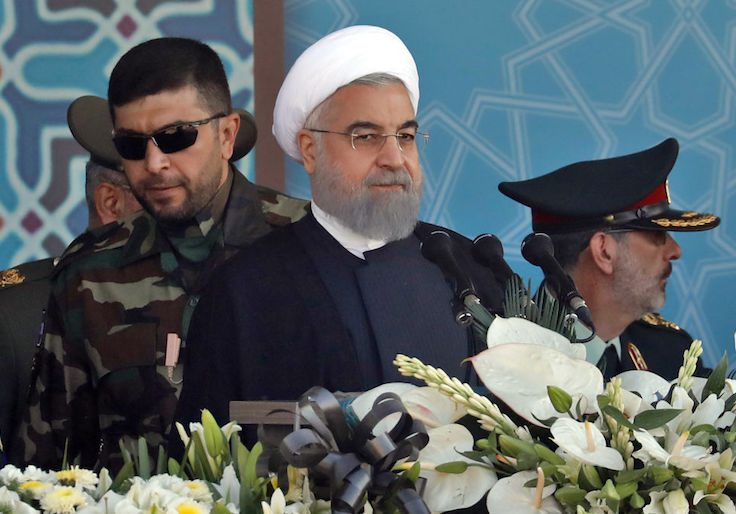 The Iranian Revolutionary Guard Corps' ground forces kicked off a "massive" set of war drills Thursday as the country unveiled its own homemade version of Russia's advanced S-300 missile defense system in yet another showing of Tehran's growing readiness for a possible war.

Iranian military leaders said the war games will mix with actual fighting as the IRGC forces seek to cleanse what they described as "anti-revolutionary terrorist groups" from along the country's borders. The operations follow an attack on IRGC units in July that killed one and injured one other.

"The drill is a real one because the battlefield, enemy and the fighters are real," Brigadier General Mohammad Pakpour, commander of the IRGC's ground force, was quoted as telling the country's state-controlled press. "Some terrorists might be hiding at the bordering areas and they will be targeted during the Qadir drills."

The war games come as Iran unveiled its own version of the Russian-made S-300 missile defense system, a highly advanced radar system that Iran had been seeking to employ for years.

The radar can target ballistic missiles, such as those Israel or America might use in a war, and is said to be capable of targeting multiple points at once.

"Bavar 373 is the most important indigenized missile defense system whose design and manufacturing started a few years ago and can engage multiple targets in high altitudes," Gen. Amir Hatami, Iran's defense minister, said at a Thursday ceremony unveiling the new military hardware.

Iranian military leaders say the system is even more advanced than its Russian counterpart and can detect 60 targets simultaneously while engaging six of them at once.

"The system is much more powerful than the Russian S-300 and some of its features could be compared with S-400," Iran's state-controlled Fars News Agency reported, referring to the even more advanced Russian version of the missile system.

Iran began building its own version of the missile system after Russia balked on selling it the S-300 following pushback from America and other Western nations seeking to confine Tehran's advancing military might.
at August 22, 2019