'I hurt everybody': Mike Tyson tells Alabama football players why they need to manage anger 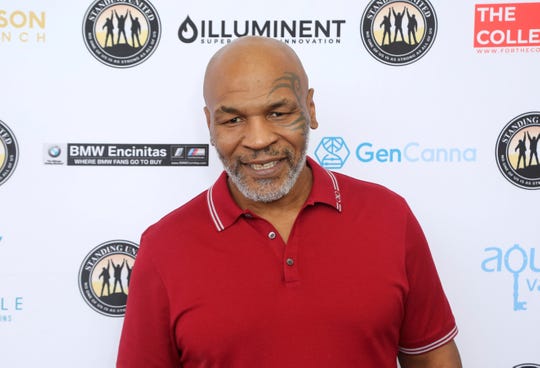 
Former heavyweight boxing champion Mike Tyson spoke to the Alabama football team on Thursday night, urging players to love themselves and manage their anger in a healthy way.

"It was all an illusion," Tyson told the team, via ESPN. "I had no reason to show love to anybody. The more I hurt people, the more people loved me. The more I knocked guys out, the more I broke their ribs, broke their eye sockets, the more people loved me. So what was I to think? I hurt everybody. I hurt women. I hurt my friends. I hurt strangers. I had no concept of myself. I didn't know who I was. I was this boxer who hurt people. I always had to be 'Iron Mike.'

"You gotta love yourself before you can love one another and your teammates. There was a time I didn't love myself."

Tyson was open about his own issues that derailed his career and livelihood. The 53-year-old served three years of a six-year federal jail sentence after being convicted of rape in 1992, and he returned to the ring in 1995.
at August 11, 2019