The octogenarian couple accused of lewd behavior in a park near their Connecticut home denied wrongdoing in a TSG interview, saying that they were caught up in a morals sweep targeting men engaging in public sex acts.


Joyce Butler, 85, and her husband Richard, 82, were cited last week for breach of peace at a Fairfield park about four miles from their home in Bridgeport.


After receiving complaints about inappropriate behavior in the park, police conducted a surveillance operation that netted the couple, 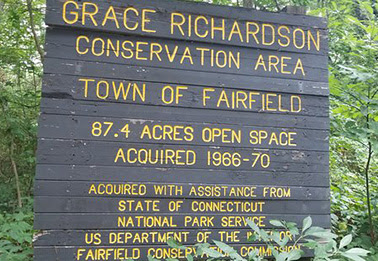 
A police press release announcing the roundup does not specifically describe what the Butlers allegedly did at the park.


But in an interview today, the couple--who were branded “sexual deviants” in a New York Post story--vehemently denied engaging in lewd activity while parked in their Toyota. “We were just sitting there and we just got caught in what was going on,” said Joyce Butler. “And they were perfectly all wrong. There was nothing going on at all.”


The couple, who have five adult children and 14 grandchildren, said they went for a drive last Friday and stopped at the Grace Richardson Conservation Area.


“We were just sitting in the car to get a little air and that was it,” said Joyce, who added that, “We’ve gone there for years. We used to take the children to go find golf balls years ago when they were little.” The 87-acre park is adjacent to a public golf course.


When Joyce handed the phone to her husband, the first thing Richard Butler told TSG was, “I haven’t had sex in maybe 10 years. I got no blood flow. I got three doctors that would back me up.” The retired factory worker then echoed his wife’s account of their visit to the park.


“What the fuck can I do in the fucking front seat of a car?” asked Richard, who said he uses a walker and can no longer navigate the park on foot, as he used to do with his wife.


Richard said he was behind the wheel of the couple’s car when police pulled the vehicle over while they drove home. He initially thought he was going to be ticketed for driving without his seatbelt on, but then several cop cars approached. Joyce recalled her husband saying, “I feel like I just killed somebody.”


Despite their protests, the couple said, police issued them breach of peace citations requiring a court appearance next Tuesday. “When we do go, we will tell the truth,” Joyce said. “Which we tried to tell [the police], but they didn’t listen. We will tell the judge when we go next week.”

Yes, there are so many dipshit government reps and police officers out there for sure!
http://www.rondoids.com
Like · Reply · 1m

87 acres and you couldn't go somewhere else and let the old people have fun? ..Puritans!
Like · Reply · 15h · Edited