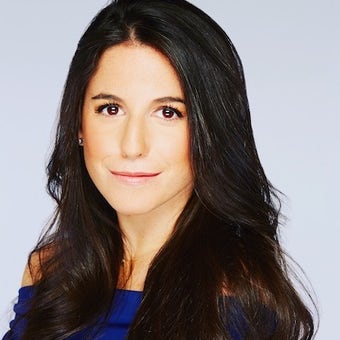 
Department of Homeland Security is barring Democratic staff members working for the House Oversight Committee from visiting Customs and Border Protection facilities at the U.S.-Mexico border.

EXCLUSIVE: The Department of Homeland Security (DHS) has barred Democratic staffers from the House Oversight Committee from visiting Customs and Border Protection  facilities at the U.S.-Mexico border as part of a planned trip this week after committee staff allegedly were “disruptive” and refused to follow instructions during their last trip, Fox News has learned.

But sources told Fox News that DHS has revoked access to CBP facilities for the upcoming visit, citing staff behavior that “interfered” with law enforcement operations -- including refusing to leave one site after their scheduled window, skipping some tours and being "rude" to officers. A DHS official said that ICE visits will still be allowed this week, but with a two-hour time limit. One of those visits took place on Tuesday.

“Due to the operational burden placed on the field by their refusal to comply with instruction during last week’s STAFFDEL [staff delegation visit], CBP pulled the trip in which more site visits were to take place at CBP and ICE facilities this week,” a senior DHS official told Fox News in an email Wednesday. “DHS communicated to the committee that due to their conduct, CBP could not support visits from the committee this week.”

A Democratic source suggested the visit is being nixed due to concerns about what staff were learning from detainees about conditions on the ground.

That's not how the agency described it. Last week, following a visit to one of the first facilities on the committee staff's itinerary, DHS Assistant Secretary of Legislative Affairs Christine Ciccone wrote to Cummings, notifying him that due to his staff’s violations of guidelines, their planned follow-up tour could not be accommodated.

“During discussions between Department and Committee staff, however, the Committee staff repeatedly stated that they do not intend to abide by DHS guidelines,” Ciccone wrote in the letter obtained by Fox News. “In light of this, we are unable to accommodate your staff’s visit … unless we receive a firm commitment that the Committee and its staff will comply fully with all existing guidelines and policies.”

She added that the staff’s attempts to “conduct interviews and take photographs” without limitations are “a significant deviation” from DHS policy and “could jeopardize” the department’s ability to meet legal obligations.

The night before last week's visits, DHS officials had a “late-night” phone call with committee staff, urging them to “respect officers on the ground” as to not “disrupt business” at facilities.

But according to a CBP official, the committee's chief counsel, who led the delegation starting in Yuma, Ariz., "refused to leave the facility after the hour-long tour," despite previously agreeing to a 45-minute tour at each location.

"I informed him that his actions on behalf of the Committee made a huge operational impact by not communicating back to CBP his true intent and expectations for this delegation," the official said, noting that because of this, part of the delegation only toured Yuma and had to cancel other facilities that were previously scheduled. "This left agents in a position where they were waiting on staff to show and then they did not show at all."
The official added that another part of the delegation began in the San Diego Sector. The official said that two staffers missed the first portion of the tour, and "apparently ended up crossing the border due to following their GPS guidance and were unable to make it."

Committee Ranking Member Jim Jordan, R-Ohio, in a letter to Cummings, also said Democratic staff crossed into Mexico “without consultation from the Department of State.” Jordan said the Democratic staff was “rude” and “dismissive” of law enforcement officials during the visit.

A Democratic committee aide, though, said Jordan's letter was "riddled with inaccuracies and misrepresentations."

The aide said some of the meetings Jordan complained about "were freely attended by his own staff, who raised absolutely no concerns at the time."

The aide continued: "The real news here is that the Department of Homeland Security abruptly canceled future inspections and denied Committee investigators access to 11 CBP facilities as soon as Committee investigators began confirming with detainees some of the very same problems identified
by the independent Inspector General.
It appears that the Ranking Member [Jordan] would rather defend the Trump Administration than conduct meaningful independent oversight."

ON THE BORDER, OFFICIALS SEE DIVIDENDS FROM TRUMP'S DEAL WITH MEXICO

But Jordan and DHS officials cited a range of concerns about the Democrats' conduct on-site.

“DHS asked the Committee to abide by the instructions of DHS personnel on the ground and to respect the significant operational interests of the border facilities visited,” Jordan wrote. “Unfortunately, at your apparent direction, Democrats refused to listen to law-enforcement instructions and made demands at the facilities ‘against the express written notice DHS had provided earlier.’”

Jordan said Democratic staff “abandoned” the agreement with DHS for limited photography and detainee interactions, and accused them of “wasting DHS manpower and taxpayer resources.”

Jordan also accused Democrats of withholding information from Republican committee staff and being “secretive” about details of itineraries and locations of meetings and visits.
Jordan also claimed that Democratic staff took "direction from liberal special interests" before last week's tours, citing a meeting with representatives of the Southern Poverty Law Center (SPLC), a liberal organization currently suing the Trump administration over detention facilities at the border. Jordan claimed the SPLC gave directions to Democratic staff about what to look for and ask about during their tours, as well as suggested questions for staff to pose to detainees and DHS officials during their visit.

“One aspect missing from your staff travel to date has been any interest in the well-being of, or resources provided to, the brave men and women who serve to secure our border," Jordan added. "Several Border Patrol agents told us the nasty rhetoric from Democrats in Congress—one Member of this committee even likened them to Nazis—hurts morale and makes some agents reluctant to tell people what they do for a living."

The member Jordan was referring to was Rep. Alexandria Ocasio-Cortez,
D-N.Y., who has referred to border facilities as "concentration camps on the Southern Border."

Last week's altercations between DHS officials and committee aides are not the first such dust-ups. Last month, a delegation of lawmakers visited the border—a trip that became the subject of controversy after witnesses told The Washington Examiner that Ocasio-Cortez was “screaming” at agents and behaving in
a “threatening”
manner.


Ocasio-Cortez, seemingly in response to the report, tweeted: "They confiscated my phone, and they were all armed. I’m 5’4”. They’re just upset I exposed their inhumane behavior."

Ocasio-Cortez’s visit and allegations came after the discovery of a secret Facebook group for Border Patrol agents where some posted vulgar jokes and images about her, as well as illegal immigrants.

“They’re threatening violence on members of Congress,” Ocasio-Cortez tweeted. “How do you think they’re treating caged children+families?”
at August 29, 2019