If so, perhaps you should trust this delicate medical procedure to someone other than a 74-year-old fetishist you met online.
Responding to a Florida residence late Sunday night following a 911 hang-up call, police encountered homeowner Gary Van Ryswyk at the front door. The retiree explained that he 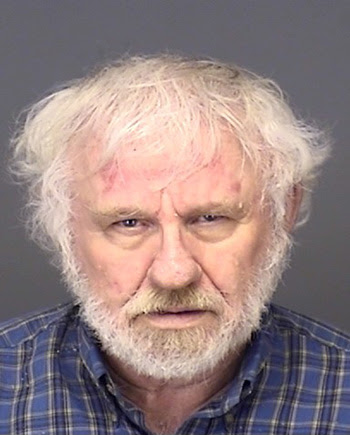 “had that evening performed a castration to a male subject within the residence.”
Police then located the patient in the guest bedroom, where the man “was holding a bloody towel to his groin region.” On a table next to the bed was a jar containing the man’s testicles, according to an arrest report.
Since he was bleeding uncontrollably, the patient was flown to a Tampa hospital for “life saving measures.”
During subsequent questioning, Van Ryswyk told cops that he met the patient through a web site for those interested in the eunuch lifestyle, and communicated with him via the Discord chat app.
Seen above, Van Ryswyk, who has no medical training, told police that when he was “younger and living on a farm,” he would have to “perform castrations on animals to include bulls and such.” Noting that “castration was a fetish of his as well,” Van Ryswyk added that he had “removed his own right testicle during the year 2012.”
A search of Van Ryswyk’s home in Sebring located a room that was “set up as a make shift surgical room,” complete with “cutting implements, gauzes, substances to clot blood, needles, and clamps used to restrict the blood flow to the testicles.” Van Ryswyk, cops reported, said that during the botched castration he used “pain killer medication he bought from England through the internet.”
Van Ryswyk was arrested for practicing medicine without a license resulting in bodily injury, a felony. He is being held in the Highlands County jail in lieu of $250,000 bond.
Posted by Ron Ernie at 11:32