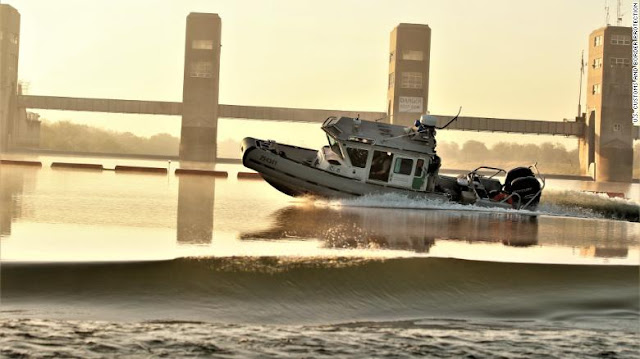 A US Border Patrol boat was fired upon Friday from the Mexican riverbank, according to US Customs and Border Protection officials in the Rio Grande Valley, who tweeted this photo with details of the incident.

(CNN)A US Border Patrol boat patrolling the Rio Grande was shot at early Friday morning from the riverbank on the Mexican side, US Customs and Border Protection, or CPB, reported.

More than 50 rounds were fired and the boat was hit several times, but no one on board was injured, according to the agency.

The incident is under investigation.

Three ports of entry -- Rio Grande City, Roma and Falcon Dam -- are located in the territory. Directly across the Rio Grande are the Mexican cities of Ciudad Camargo, Miguel Aleman, Mier and Nuevo Guerrero, all located in Tamaulipas, one of Mexico's 31 states.
at August 09, 2019